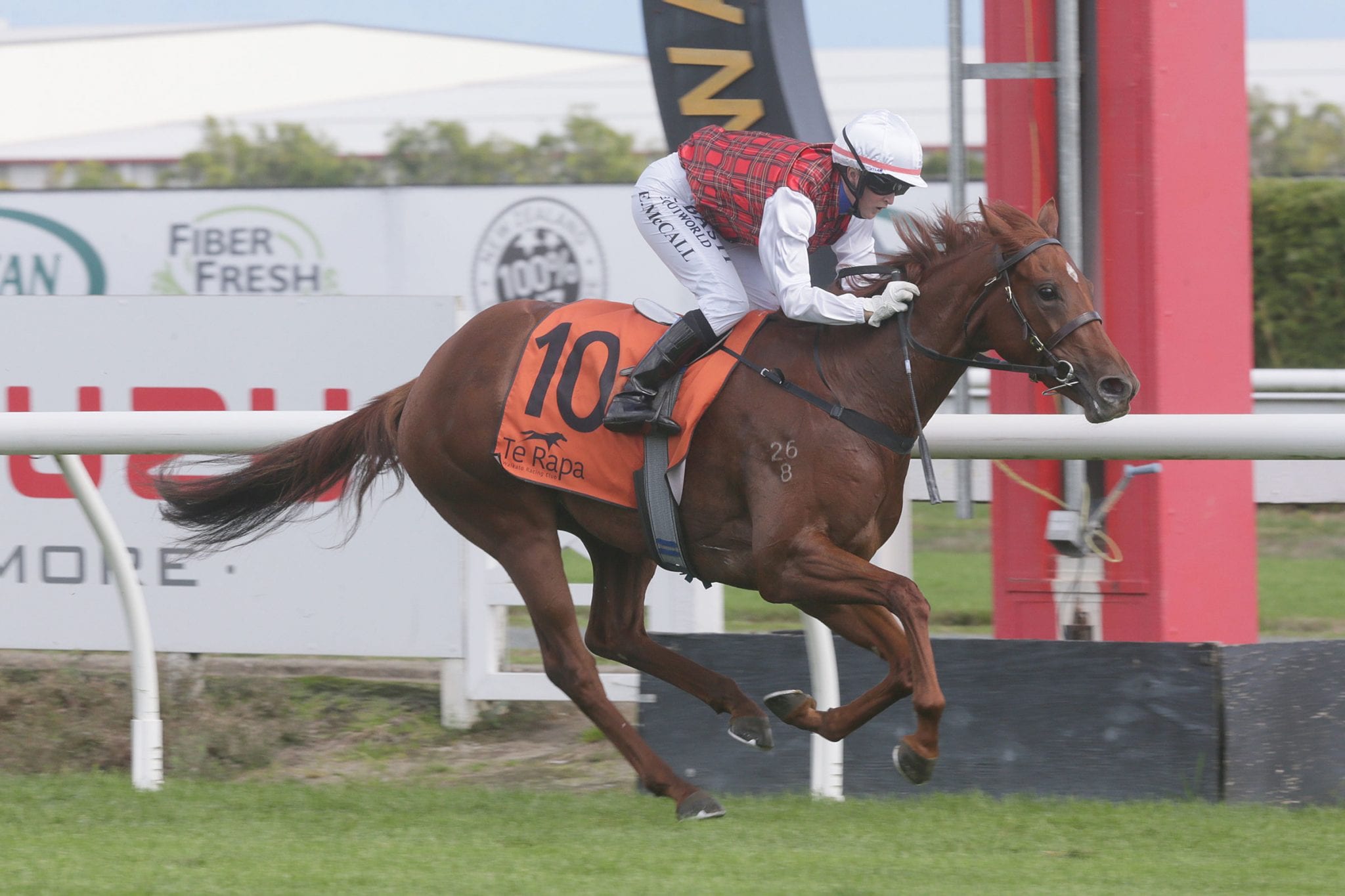 Punters won’t be letting the Simon and Katrina Alexander-trained filly Musigny Lass get under their guards on Saturday when the filly contests the Listed Waikato Equine Veterinary Centre 2YO Stakes (1100m) at Te Rapa on New Zealand’s North island.

The lightly-framed daughter of Iffraaj was sent out a +5400 prospect when upsetting the applecart at Te Rapa last start, and boasts a formline that has subsequently been franked with runner-up Doubtful Sound a comfortable winner at Ruakaka on Wednesday.

Musigny Lass has drawn barrier 2 and is an +750 fourth favourite for the juvenile stakes race, in a market headed by last week’s impressive Te Rapa winner Turn The Ace (+210) and Rangi Toa (+220), who is undefeated in two starts.

“She probably surprised us a little bit with how she did win last start, and no doubt the 3kg claim (of Eilish McCall) was a huge benefit to her in that race, so we don’t get that luxury this time,” Katrina Alexander said.

“But I can’t fault the filly. She’s trained on very well, she’s very bright and has done some nice work.

“She’s got a great draw and Craig Grylls is booked to ride and he galloped her on Tuesday and was really happy with her so there’s a lot of positives going into it. It’ll just be interesting to see how she measures up now that most of those two-year-olds have had a start and raceday experience.

“Hopefully she will put her hand up again.”

Alexander expects Musigny Lass will again be ridden positively from her inside draw and is pleased to have the services of Craig Grylls, who partnered rival Turn The Ace last start.

“It would be silly to waste the draw. Last start we were drawn wide and really only had one option that if you were going to be in it, then ride positively from the barrier,” Alexander said.

“I didn’t expect her to lead up the way she did but she went forward and relaxed really well.

“We’re quite confident that if we have to ask her to do that again she should come back to Craig quite easily and then settle into her rhythm.

“We asked Craig to commit to us before he won on Turn The Ace and he’s been loyal and stuck with us which is lovely and he has been pleased with her work.”

Alexander and husband Simon usually prepare up to 15 horses from their Matamata base as they re-establish themselves following a five-year hiatus from racing.

The Matamata couple re-entered the training fray at the end of the 2019-20 season to fulfil the request made by her son Jackson shortly before his passing from melanoma skin cancer.

The Alexanders made an immediate impact, producing stakes performers Tinker Mcphee and Alchemia last spring, with the latter to return to the stable next month after a period on the water-walker following an issue.

“In the winter months, we’re more likely to be down to 10 to 12 horses and from mid-June we’ve got a number of yearlings to bring back in for their second time in, plus getting the earlier season rising three-year-olds ready,” Alexander said.

“We’ve got some really nice ones coming through. The yearlings we’ve purchased this year have all shaped up well at breaking in, so hopefully we will have an interesting spring again.”