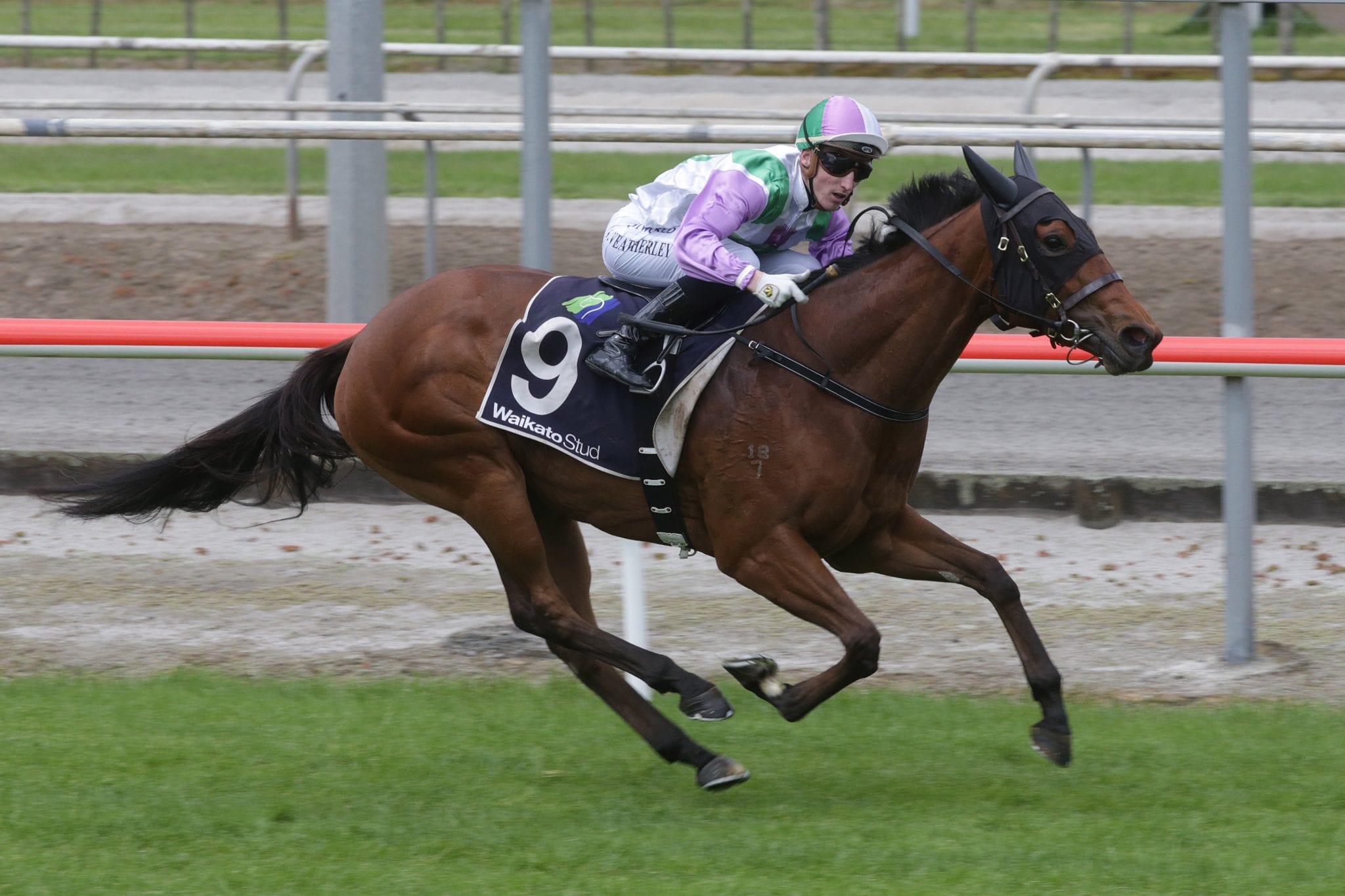 Lightly raced three-year-old Tinker Mcphee dented a number of reputations at Matamata on Saturday when she sprinted clear of her rivals in the closing stages of her maiden 1200m contest to register a four-length victory.

Punters had expected Savabeel colt Brando to dominate his rivals off the back of four consecutive trial victories but the $1.30 favourite was left floundering in the wake of the Nostradamus filly after setting a strong tempo, with the race run in a slick 1:09.73.

“At her first start I thought she might cope going right-handed better than she did but she got stuck on the fence when the rest were all scouting wider and really got a little bit lost. “We went back to the trials, left-handed and got her to settle back and run home and she put in a smart effort so we thought she could definitely improve on her first-up run.

“When you have a $1.30 pop in your race you don’t really expect to win but I thought if she could just be running on nicely after putting in place what we had practised, then I would be really happy. “Doing what she did was no surprise on her ability but was definitely more than what I had expected.”

The win marked the first success for Alexander since she resumed training late last year after the tragic death of her son Jackson. Alexander, whose highlight among 113 wins as a trainer came with the 2003 Group 1 Sydney Cup (3200m) victory of Honor Babe, reapplied for her trainer’s licence to prepare a team from Hinuera Lodge in Matamata in partnership with husband Simon to fulfil the request made by her son shortly before his passing in June last year from melanoma skin cancer.

“We first took a break about fifteen years ago when we had a young family, where we downsized and moved back to the Central Districts from Matamata as that is where Simon is from,” she said. “When Jackson got sick, we gave it away completely but after he passed, we decided to get back involved as he had said to me that was what he wanted for me. “We’ve spent a fair bit of time trying to build up the team, which can be quite tough, but we’ve got a nice team of young horses coming through which is very exciting.”

Alexander was also delighted to get the victory for Australian-based owner Richard Boyd. “Richard was a good client of ours when we were first training and he helped us a lot when we had Honor Babe in Sydney,” she said. “He’s a pretty innovative guy and we’ve got two or three horses here for him along with this one. “He likes to bring horses to New Zealand for their early education and see what transpires from there, so it’s nice to be able to get that win for him.”

Alexander will let the dust settle a little with Tinker Mcphee before deciding on her next assignment however, as she holds a nomination for the Group 1 Barneswood Farm New Zealand 1000 Guineas (1600m) at Riccarton next month, discussions will be held with Boyd on the best path to get her to that race. “We’ve always thought she would be an ideal type for Riccarton so we put in a nomination for the 1000 Guineas early on,” she said.

“She pretty much has instant acceleration and is quite professional, so if she can relax in her races then she should get the mile down there nicely. “We’re very keen to get some black-type with her so we will be looking around for a suitable race for her before we make a final decision on Riccarton but there are some good options coming up that we will have to choose from.”

While Tinker Mcphee has greater goals on the horizon, one of Alexander’s other potential stars in Alchemia is on the sidelines after sustaining an injury when finishing third in the Listed El Roca – Sir Colin Meads Trophy (1200m) at Hastings last month. “We’ve been forced to put her (Alchemia) aside after she was injured in her last run,” she said. “She’s on box rest at the moment and it will be a wee while before she is seen out again.”