Relief for Latta with Lincoln Falls 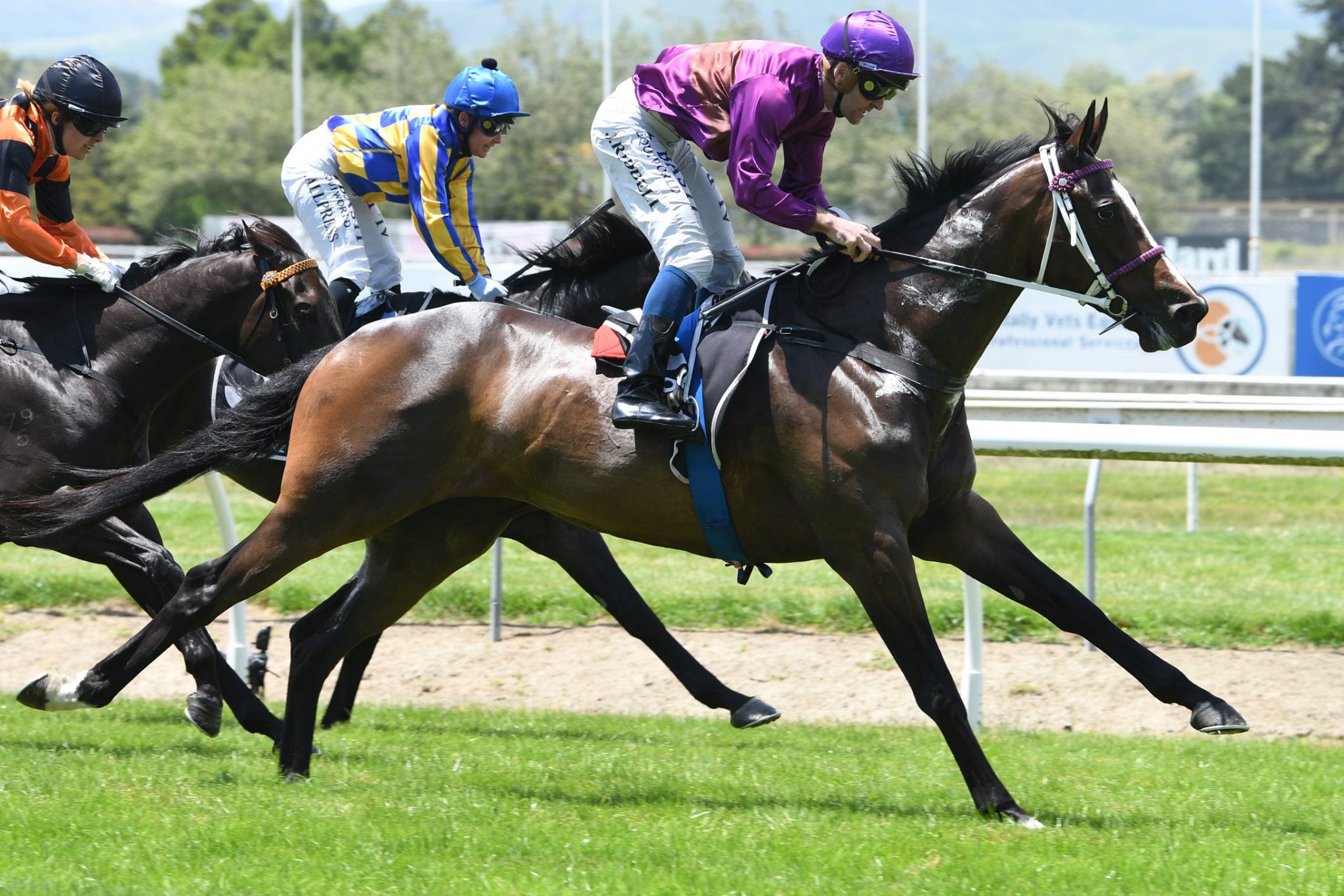 The sight of promising galloper Lincoln Falls storming past his rivals to win at Awapuni on Saturday provided trainer Lisa Latta with a special moment after she has endured plenty in her battle to get him back to the racetrack.

The Dundeel five-year-old had been off the scene since finishing well back in the Group 3 Cambridge Breeders’ Stakes (1200m) to round out a three-year-old campaign that produced two victories and several hard luck stories in the age group features that year.

Latta was looking forward to a bigger and better version of her charge for his four-year-old season but that all came tumbling down when he sustained a tendon injury when being prepared for a tilt at the 2019 Hawke’s Bay Spring Carnival. “We were getting him ready for Hastings and he developed a small hole in his tendon which meant he was going to be off the scene for a long time,” Latta said.

“He’s done a lot of rehab work since then to give him the chance to get back to the track, so it was very pleasing to see him perform so well and a huge sense of relief. “He has had a long build-up and is still carrying a fair bit of condition, so I would have been happy just to see him getting home well and maybe running in the first three. “He showed that good turn of foot that he has, which was nice to see.”

Latta is not prepared to look too far ahead with the horse, preferring to take his campaign on a race-by-race basis as she manages him through the injury issues. “With the problem he has had he is obviously a day-by-day proposition, but the goal is to get him through to open class,” she said.

“We won’t be giving him too tough a prep this time in, but I’d like to target something decent in his next campaign. “He’s pretty versatile and has such a good turn of foot that I’m not really sure where his best distance is going to be. “That does give us plenty of options which is a nice situation to be in.”

The win was Latta’s fourteenth for the season and comes as her team starts to fire on all cylinders after a slow start following the COVID-19 interruption. “We left a lot of our horses out for a lot longer after COVID,” she said. “A lot of our better ones are really only just starting to get going now, which will give the stable momentum over the next few months.”

Along with the win by Lincoln Falls, Latta also picked up five minor placings on Saturday but it was the run of Group 1 Barfoot and Thompson Auckland Cup (3200m) candidate Platinum Invador to finish off strongly behind the placegetters in the Group 3 Manawatu Cup (2300m), that also brought a smile to her face.

“He (Platinum Invador) will go to the City Of Auckland Cup (Group 3, 2400m) on New Year’s Day next after that run,” she said. “He is coming along nicely and I’m pleased with how he is progressing. “Sir Nate also went well (fourth) but he is going to have a few days off and then we might look at the Karaka Cup (2200m) at Ellerslie next month for him.”