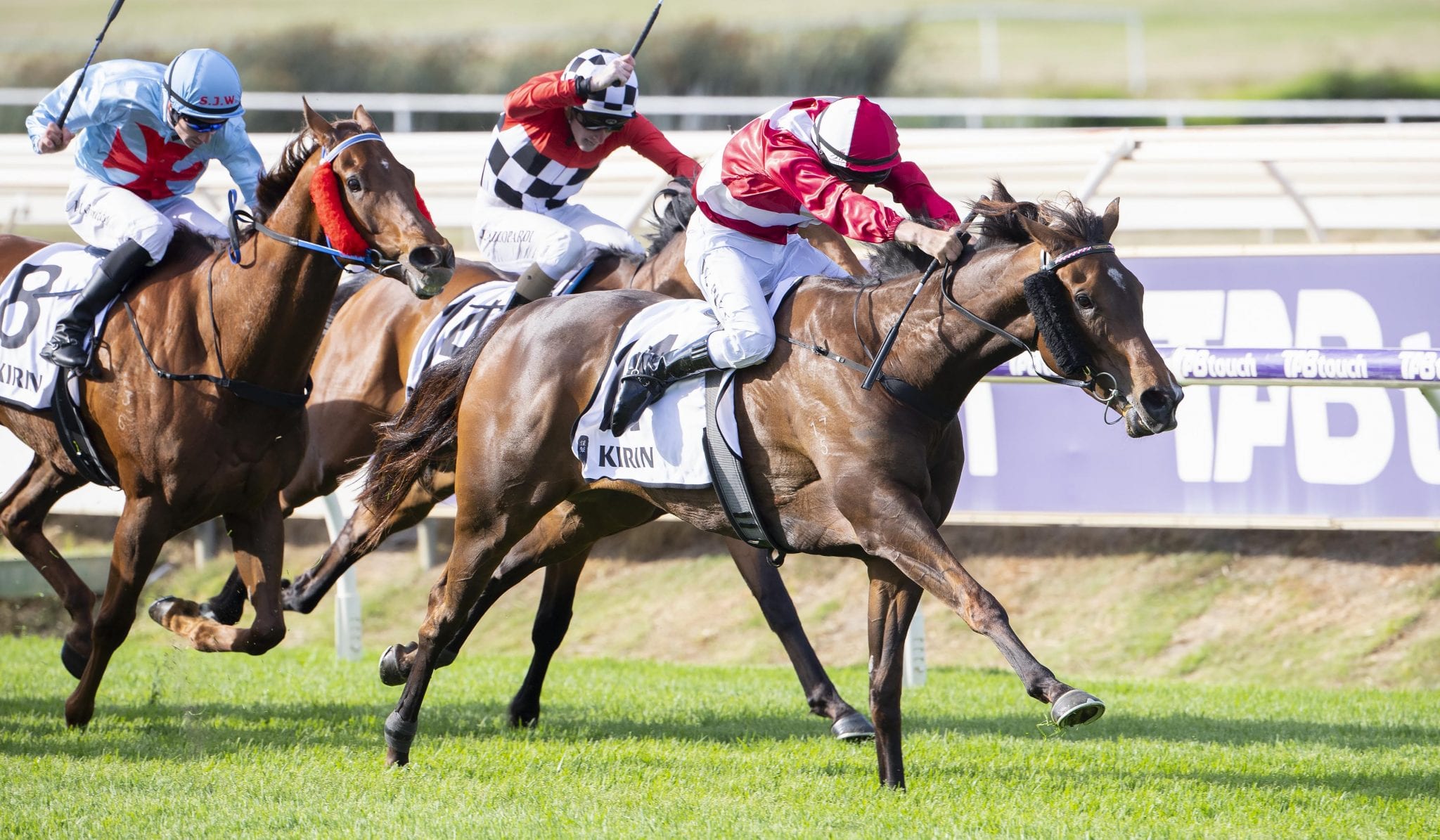 Five-year-old mare Inspirational Girl produced a devastating turn of foot under popular jockey William Pike to race away with the Group 1 Railway Stakes (1600m) at Ascot in Perth on Saturday. The Group 1 winning mare advanced her record to nine wins and two placings from eleven starts and stamped herself as one of the most exciting horses in Western Australia when putting away Too Close The Sun and Uni Time.

Prepared by Grant and Alana Williams for leviathan owner Bob Peters, Inspirational Girl was much cleaner from the barriers than her previous outing when she blundered at the start, yet still managed to win the Group 3 Asian Beau Stakes (1400m).

Sent out a $2.50 favourite, punters were always on good terms with themselves, with the mare racing slightly worse than midfield but appreciating the solid tempo up front and always looking the winner.

For jockey William Pike, who was only released from two weeks of self-isolation on raceday after a spring carnival in Melbourne, it made the hard toil and missing the winning Group 1 Mackinnon Stakes (2000m) ride on Arcadia Queen an easier pill to swallow. “She was really on the ball today,” Pike said. “Nobody turns horses out for big races better than Grant and Alana. They find a length every time. I am really lucky to be able to ride for them.

“I had a really good run in transit and today she jumped clean, which was a positive for her. “I had to jostle a bit and hold my spot so that I didn’t get washed backwards. I was going to head out on the bend but it didn’t quite eventuate, the flow wasn’t there and luckily enough for me there was a run just up ahead. “She quickened that easily that I probably could have gone where I liked anyway.”

Pike came back to the roars of the Ascot crowd, a bit of a change from the vacant stands of Melbourne through a COVID-19 marred Carnival. The combination of Peters, Pike and the Williams have now accounted for the past three Railway Stakes winners, with Regal Power and Galaxy Star winning in 2019 and 2018 respectively.

Although Peters bought Inspirational Girl as a yearling at Karaka in New Zealand, rather than bred the Group 1 heroine, as he does with so many of his top gallopers, he said the win was equally satisfying. “It feels a bit the same because she comes from one of our good families,” Peters said.

“Her dam is a full sister to Midnight Special who has been very good to us and who we raced and now the family is growing with stakes winners. “Now we have put a Group 1 in amongst it and we have Demonetization helping bolster the family in New Zealand, it feels like one of ours. “This was a race we found very hard to win early on. We won it in 2001 and then it took another 13 years to win it again and now we have got a bit of a handle on it, I think.”

Inspirational Girl was purchased by John Chalmers for $190,000 at the 2017 New Zealand Bloodstock National Yearling Sales from the draft of Jamieson Park. Out of the Zabeel mare Be Inspired, Inspirational Girl is a half-sister to Listed winner Reuttiger, in addition to multiple winners Allez Bien and It’s Our Showtime. It is also the family of the Nigel Tiley-trained Group 2 winner Demonetization, Group Three winner Rainbow Styling and dual stakes winner Zingaling.

Inspirational Girl joins Miami Bound and Sentimental Miss as one of three individual Group One winners for Westbury Stud stallion Reliable Man, who stands for a fee of $15,000+GST this season. The stock of Reliable Man proved popular at the recent NZB Ready To Run Sale, selling up to $270,000. The dam of Inspirational Girl, Be Inspired, has a filly foal by Valachi Downs exciting young sire US Navy Flag.