The show goes on with Belmont triumph 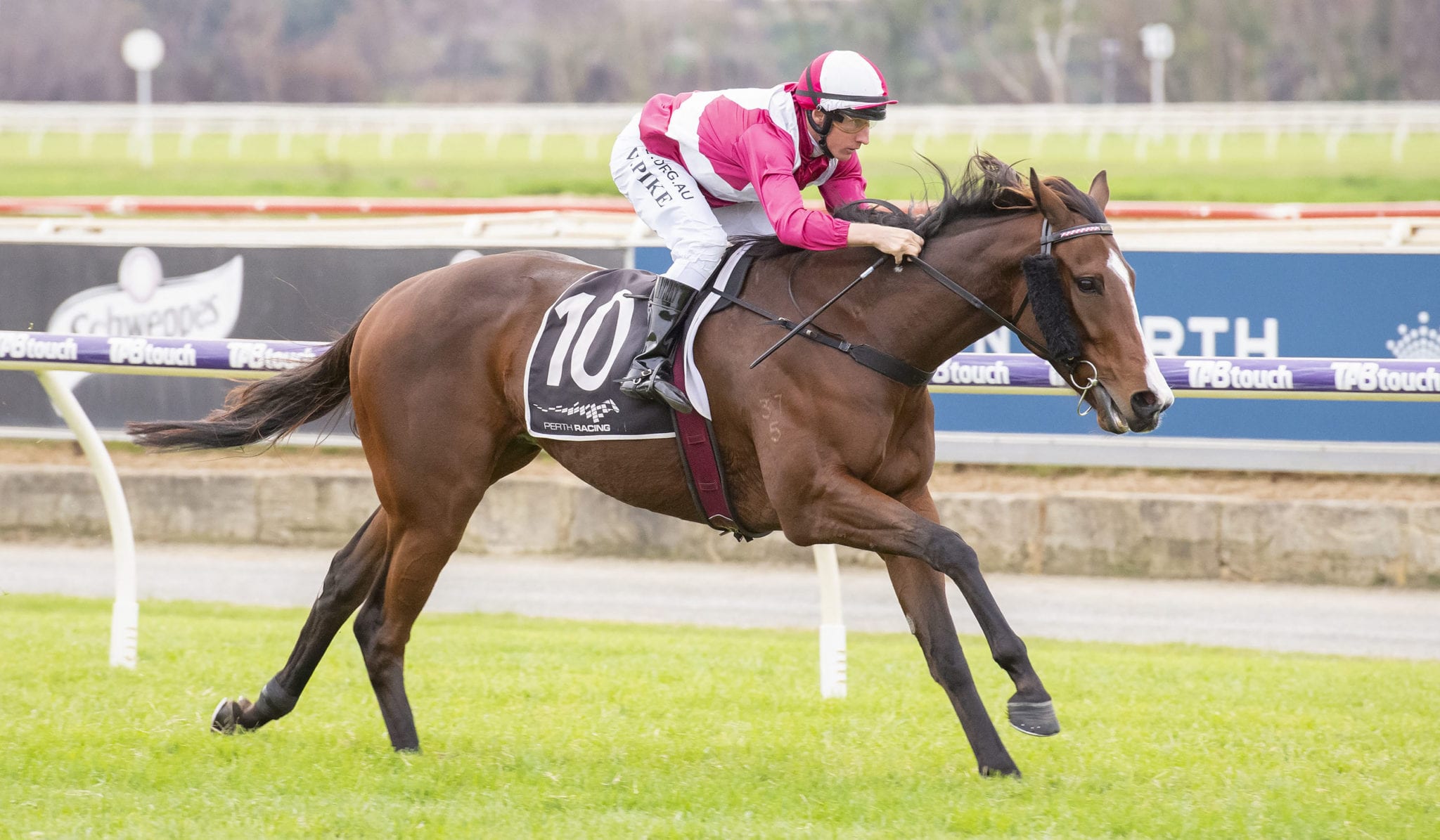 Potential West Australian star Showmanship indicated he was heading right to the top with another comprehensive victory on the weekend. The Showcasing gelding sat outside the pace for rider William Pike before easing clear to win effortlessly by five lengths over 1400m at Belmont on Saturday as he registered his third win from his first four starts.

A son of Don Eduardo mare Khales, Showmanship is the younger half-brother of Singapore Gold Cup (2200m) winner Bahana and looks to have a promising future after kicking off his latest campaign with a narrow win over 1200m at the same venue. “He never looked comfortable at his last start and looked like he needed more ground,” co-trainer Grant Williams said.

“We were a lot more confident going up to 1400m although we were respectful towards the others in the race. “He had to put him on speed as we probably could have broken a record running home and may not have been able to catch them. “He travelled a lot better with the winkers on and the 1400m was more up his alley so he was able to place him that little bit closer.”

Pike was full of praise for the effort of Showmanship against a useful line-up that included three-year-old Resortman who was unbeaten heading into the race. “He was a bit floundery out the back last time and we couldn’t afford to do that,” he said. “There was a good horse in Resortman against us so respect had to be shown and we had to have him in our sights, especially the way we raced last time. “He is still just hanging a little bit but I think there is another gear there once he matures a bit more.”

Bred by Haunui Bloodstock, Showmanship was a $145,000 purchase for bloodstock agent John Chalmers from Haunui’s 2017 Select Sale draft at Karaka and races out of the Grant and Alana Williams stable for leviathan owner Bob Peters.