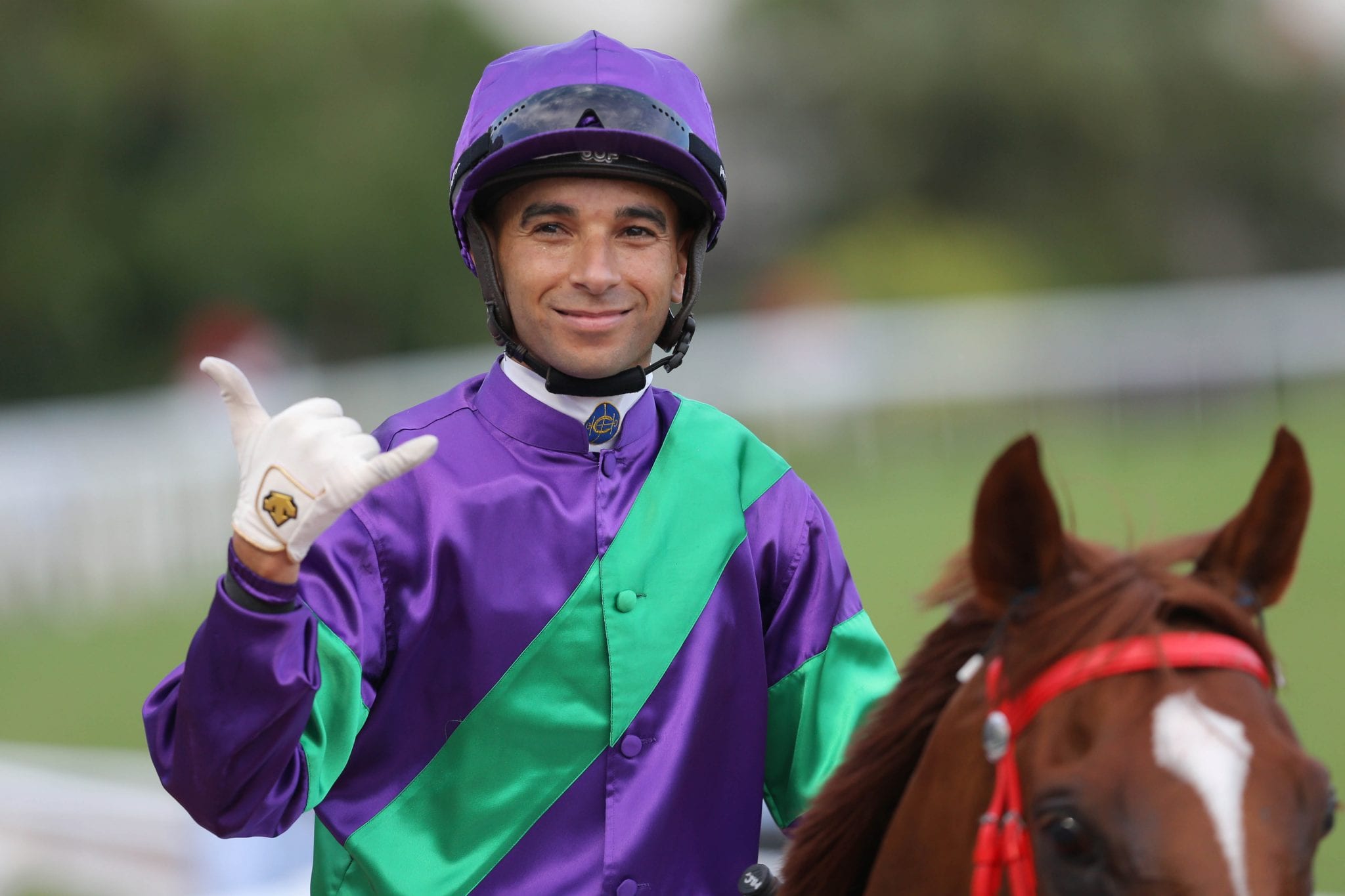 Joao Moreira enjoyed one of his most prolific days in the saddle on Sunday at Sha Tin with a six-timer and he heads to Wednesday’s (23 September) eight-race programme at Happy Valley looking to continue his red-hot form with a full book of mounts, including Beauty Applause (120lb) in the feature, the Class 2 Big Wave Bay Handicap (1200m).

“It was a day I’ll never forget!” Moreira said. “I needed a good day like that badly, as I needed to build up my confidence for myself and of course the relationships with the trainers.”

The Brazilian ace has had a flying start to the 2020/21 season with 14 wins from five race meetings and he leads by six in the jockeys’ premiership, with Zac Purton and Karis Teetan locked on eight wins.

“I knew I was going to have a good start to the season but six winners in a day at the beginning is always a big plus and hopefully we can keep on kicking winners,” he said.

Moreira’s book of midweek mounts is highlighted by his renewed association with the John Size-trained Beauty Applause in the finale, a hot sprint which features 11 others and in which the flashy chestnut will make his city circuit debut.

“It’s his first time at the track, so no one knows but he’s the kind of horse who indicates that Happy Valley won’t be a problem,” Moreira said. The five-year-old is a four-time winner over 1200m, and, since his debut, he has added 35 rating points to his mark (87).

“The races aren’t as strong as they are at Sha Tin, so the competition won’t be as strong as he has previously faced,” Moreira observed. “His last run over 1400 metres, he fatigued over the last 200 metres so the drop back in distance, I think, is going to suit him even better.”

A usual on-pace runner, the Size-trainee will need to contend with gate 10 in the field of 12. “Two starts ago he didn’t jump the best at Sha Tin and he ended up in behind, but he finished off the race very well, so I think we have options with him,” Moreira said.

Beauty Applause is not the only Kwok family-owned horse that Moreira will team with on Wednesday evening, the 36-year-old is also set to ride last-start victor Beauty Angel in the Class 4 South Bay Handicap (1800m).

“He won his race at Sha Tin where I would say the fields are a little bit stronger, so he just needs to produce what he did at his last start to be a good strong chance at Happy Valley,” the ace rider said.

The Hong Kong International Sale graduate broke through at his 10th and final start of last season and Moreira indicated that he could continue his ascent up the handicap.

“He should improve – last start he showed me he has good character and he does things straightforwardly, so I don’t see why he can’t take another step forward. I think he’ll get into Class 3 in the near future,” Moreira said.

The Fastnet Rock gelding won first-up this term down the 1000m straight at Sha Tin but will now tackle the city circuit for the first time since early last season, when he finished eighth.

“He’s had one run there and things didn’t quite go right: he missed the start and he stumbled but I think his racing pattern should suit the Valley because he’s got lovely gate speed normally and I’d like to give him one more chance there,” Hayes said.

Hayes knows the Australian-bred well, having trained him pre-import when he was known as Viking Warrior, and the handler sees no issue with the galloper stretching out to six furlongs.

“I trained him in Australia and he was probably better over 1200 metres in Australia,” Hayes said. “The trial was unimpressive but when you put his race gear on, he certainly races better than he works or trials – his trackwork is uninspiring but provided you’re racing well that’s good.”

Reigning champion jockey Purton will take the reins and the pair will break from gate seven in the field of 12.

“He’s a better horse here than he was in Australia, he’s definitely improved as he’s been gelded,” Hayes said