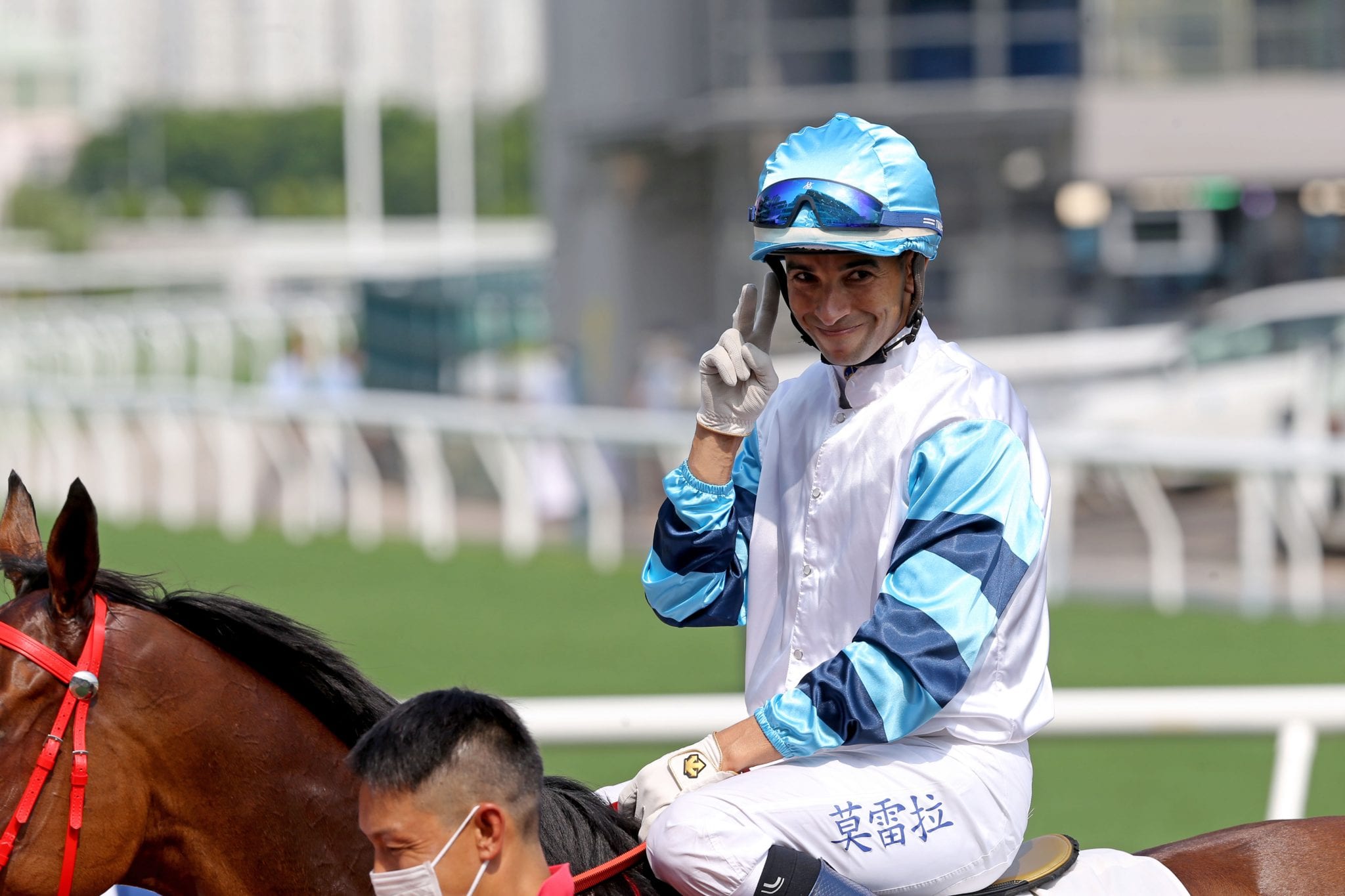 Joao Moreira, winless on this day last year, made a roaring start to the 2020/2021 racing season with a winning treble at the opening meeting of the Hong Kong racing season at Sha Tin which also saw fierce riding rival Zac Purton, trainer John Size and his triumphantly returning contemporary David Hayes claim doubles.

Moreira, three times Hong Kong Champion Jockey, is used to red-letter days. This meeting did not provide another but a yield of three winners – including a heart-stopping victory on Excellent Proposal – was a more than satisfying day’s work for the Brazilian maestro.

It certainly did not rival his 2017/2018 season start when he rode the first five winners on day one – and it pales into insignificance compared to his eight-win one-day hauls achieved in Hong Kong, Singapore and Brazil – but it was a dramatic improvement on last year’s racing return when he had a rare winless afternoon with just two seconds from his ten rides. Purton, four times champion and last season’s premier jockey by a margin of nine wins from Moreira, matched his 2019/2020 start with the two wins.

“I’m happy, it’s good to get on the board with three,” said Moreira who is certain to again make a strong bid to claim a fourth jockey’s premiership and thus match Purton’s premiership tally.

Moreira was on song from the start, guiding the Caspar Fownes-trained favourite Joy Master to a strong finishing win in race one, the Class 5 Mount Parker Handicap. He then overcame the outside draw (14) to win on the John Size-trained Leap Of Faith who started unusually attractive odds of +1200 for a Size-Moreira runner.

However, it was his last stride win on the Size-trained Excellent Proposal – in the Class 3 Sunset Peak Handicap – which conjured up images of just why Moreira is widely hailed as the Magic Man. His mount was jammed between horses with nowhere to go approaching the 300 metres and Moreira had to bide his time until the 150 metres before securing a clear path.

“I did think I wasn’t going to get there,” Moreira said of his ride on Excellent Proposal, “turning for home, the horse in front of him (Alcari) just wasn’t going forward and came back on me and dragged me back a little bit. He showed he’s a good horse having to deal with such a situation and was able to come back and still get there. “What I would say about him is that he feels like one of those potential kind of horses. He has shown us he does have a lot of ability.

“Leap of Faith is a horse with ability too. No doubt he’s one of those horses John Size may feel comfortable, in the near future, to step him up in distance as he moves like a horse who could run a mile (1600 metres) or even further. “I wasn’t going into the race that confident about him because I thought he might need the run but I was very glad and proud to be wrong. Once again, it shows the Size style of training a horse, putting them away and giving then the time that they need pays off. I think that was the key to him winning today.”

Size, like Moreira, failed to land a blow at last season’s first meeting but the 11 times champion trainer has a reinvigorated team which may well carry him to a record breaking 12th title.

Purton combined with trainer Chris So to win the first section of the Class 4 Yi Tung Shan Handicap with Bright Kid and completed his and Hayes’ double with a stands rail hugging ride on Metro Warrior in the Class 3 Lantau Peak Handicap over the straight 1000 metres course.

Trainer Tony Millard further improved his already excellent record with acquisitions from other stables when Prince Of Gems landed the Lin Fa Shan Handicap under Antoine Hamelin. The gelding had not raced for almost nine months but proved too strong in the 1000 metres Class 4.

“He’s shown me a little bit in his work but not that much,” Millard said, “I haven’t really squeezed him because he’s a little bit fragile. I kept him fresh, we know he’s got the natural speed and luckily Antoine rode him a very good race because it wasn’t a great draw.

“With the weight off his back he could pick up one in Class 3 now we hope but he’s going to need to improve. It’s nice to get these kind of horses and try to find out what’s wrong with them. He had a couple of problems and we managed to sort them out and got a result today.”