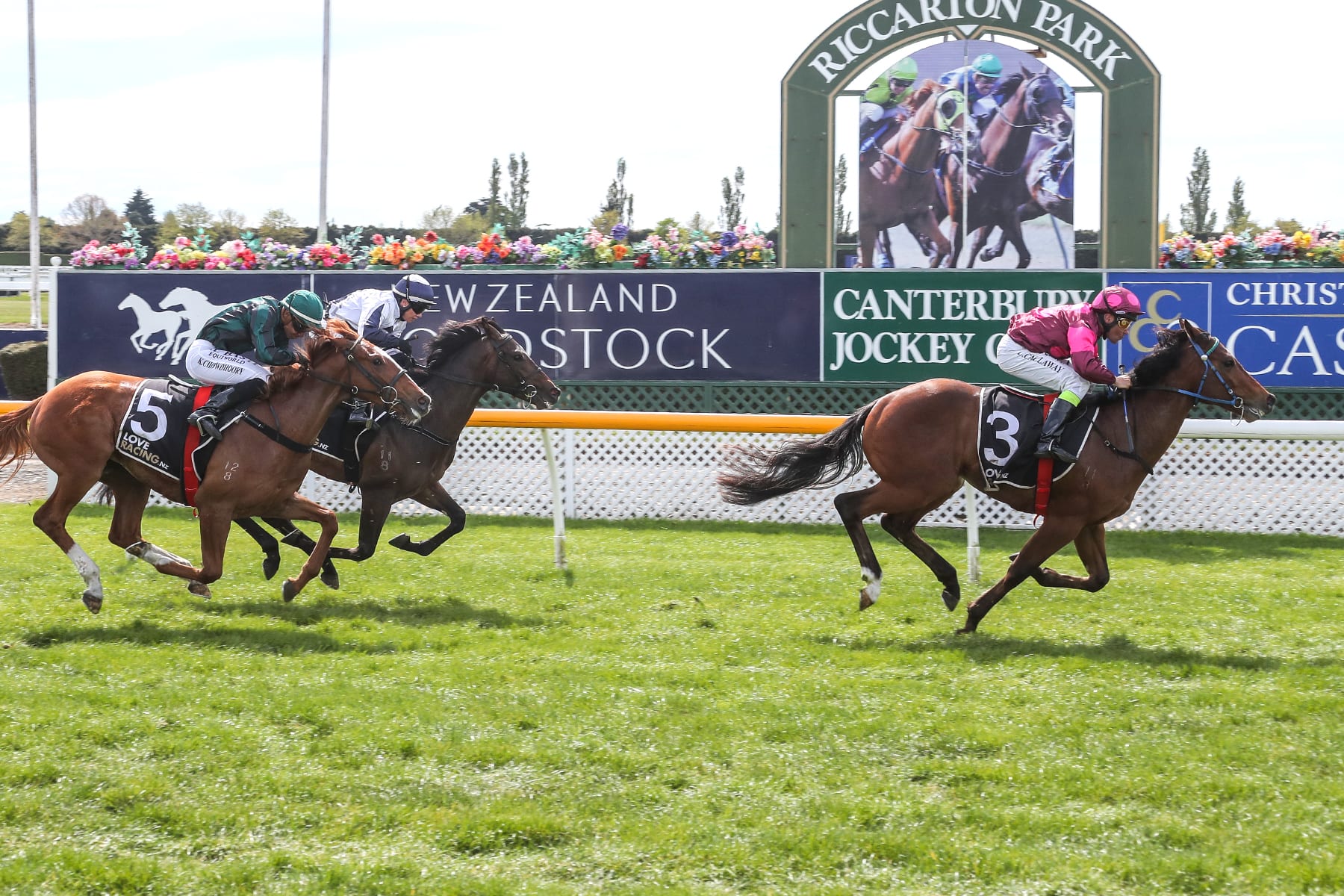 Ruakaka trainer Kenny Rae is no stranger to spring success at Riccarton with early season two-year-olds and he was at it again on Saturday when Follow Your Dreams proved too speedy for his rivals over 800m.

The Contributer colt was strongly fancied in Saturday’s first two-year-old contest in the south this season off the back of an effortless six length trial victory on the track last month despite having to cede outright favouritism to the Jamie Richards-trained Matamata raider Avonallo.

The two colts locked horns from barrier rise although Wrote filly Quarantina kept them both off the rail in the early stages as she pushed up from an inside barrier. Avonallo briefly hit the front at the top of the straight however Follow Your Dreams balanced up and produced a powerful burst to pull away from his rival in the final 100m to score comfortably by more than a length.

Rae, who prepares his team with daughter Krystal Williams-Tehoro, had been nervous before the race however his charge lived up to his opinion of him with a comprehensive performance. “I was a little bit nervous as we have such a high opinion of him,” Rae said.

“I had hoped I was right as he has a lot of ability and a great temperament. “I had gone to the sales to buy a horse for Lisa (wife) and I to race. We ended up getting a few friends in with us and I kept thirty percent. “He’s very good and right from the moment we broke him in we knew he had ability. “I was that taken with him after we had bought him, I paid up for the Karaka Million just a few weeks later.”

Rae will continue a southern campaign with the horse and has the Listed Welcome Stakes (1000m) on November 14 as his main target. “He’s thrived since we’ve been down here and hopefully that will continue,” he said. “We’ll just keep him ticking over, do a bit of work in the pool and the like as he’s already very professional so doesn’t really need to do much educational work. “They are normally best following the rail in the early races but he did it three wide today without turning a hair, so you have to be impressed by that. “The main target is the Welcome Stakes so that’s what I will be aiming him for.”

Bred by Valachi Downs principal Kevin Hickman, Follow Your Dreams is the first foal of O’Reilly mare Dare To Dream. Rae purchased the colt out of the Valachi Downs draft for $24,000 during the Book 2 Sale at Karaka earlier this year.

Rae and Williams-Tehoro added a second victory to their tally later in the day when Iffraaj three-year-old Zoltan downed hot favourite Marine to win the Inglewood Stud Guineas Trial (1400m).