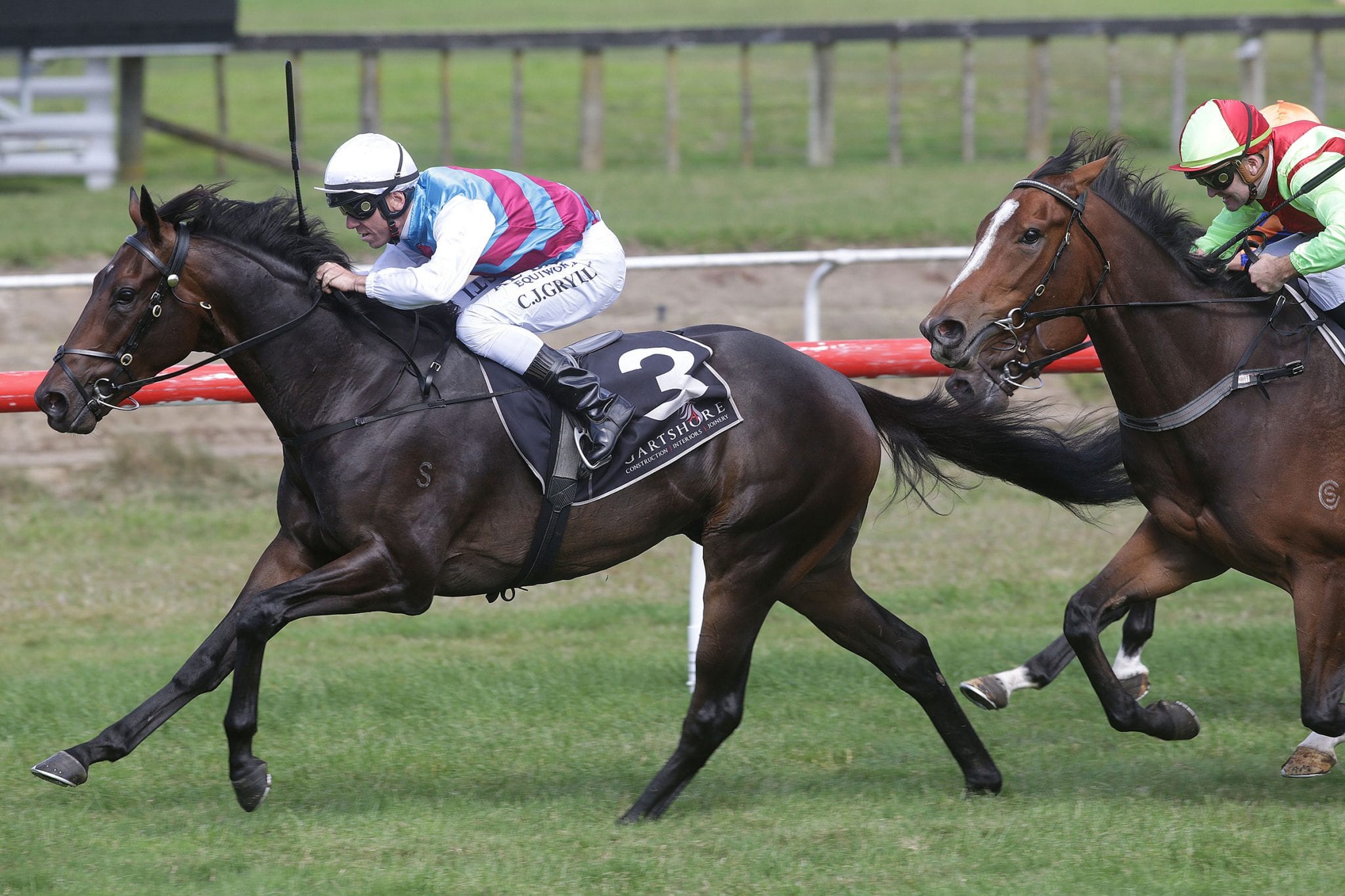 A chance conversation one evening with good mate and former New Zealand cricket captain Brendon McCullum saw trainer Graeme Richardson put his money where his mouth was, taking a share in a Per Incanto colt bred by McCullum, that he liked the look of.

Richardson’s faith in the now three-year-old gelding named Rabada was vindicated on Easter Monday with a gritty maiden victory at Tauranga, at just his second start, that augurs well for his future prospects.

A promising debut run for fifth on his home track at Matamata had Richardson keen on the chances of his charge in the three-year-old 1200m contest, however he knew the task would be a tough one once he drew an outside barrier (11).

Rider Craig Grylls did his best to ensure Rabada received as economical passage as possible, but he was still trapped three-wide throughout.

Despite being posted deep, Rabada found a good kick in the home straight, forging clear of his rivals to go on to an impressive victory over the late closing Hot Salsa and race favourite Te Akau Ben.

“He was very very good and the way he went to the line, I think there is more in store for him,” said Richardson, who trains in partnership with Rogan Norvall.

“That was a good maiden field and Craig said he didn’t have any option other than to sit wide like he did.

“He won like a good horse and put them away fairly comfortably.”

Richardson recalled how his involvement in the horse came about.

“I was talking with Brendon and his wife Ellissa one night and told him I really liked the horse,” he said. “He told me I should do something about it, so I took a share in him and he now races for Brendon and me.

“Brendon and Ellissa are my next-door neighbours and we are good mates, so it is just fantastic to be able to share in a win with them like that.”

Richardson currently doesn’t have a plan for the horse but will sit down and look at what is coming up, although he does expect the phone to start ringing with offers to buy him.

“I guess the phone will ring and he is for sale for the right price, but it would be nice to keep him if we could,” he said.

“He won on a Dead6 track today but he is far better on top of the ground, although he is unlikely to strike that sort of track now the rains have come.

“He seemed very bright straight after the race, so we will sit down and have a chat about where we go with him once we see how he is over the next few days.”

Richardson also advised he was mulling over the options for stable star Tiptronic, who was scratched from his assignment at Awapuni on Saturday due to the Slow8 track conditions.

“We weren’t going to start him (Tiptronic) on a bad track, so we scratched to keep him for another day,” he said.

“I’ll be speaking with his owners this week and we will look at what is coming up here and maybe even over in Australia and make some decisions from there.”

Richardson and training partner Rogan Norvall completed a winning double from their two starters on the day when favourite Red Hussar swept to a comfortable victory in a rating 74 1600m contest later on the card.