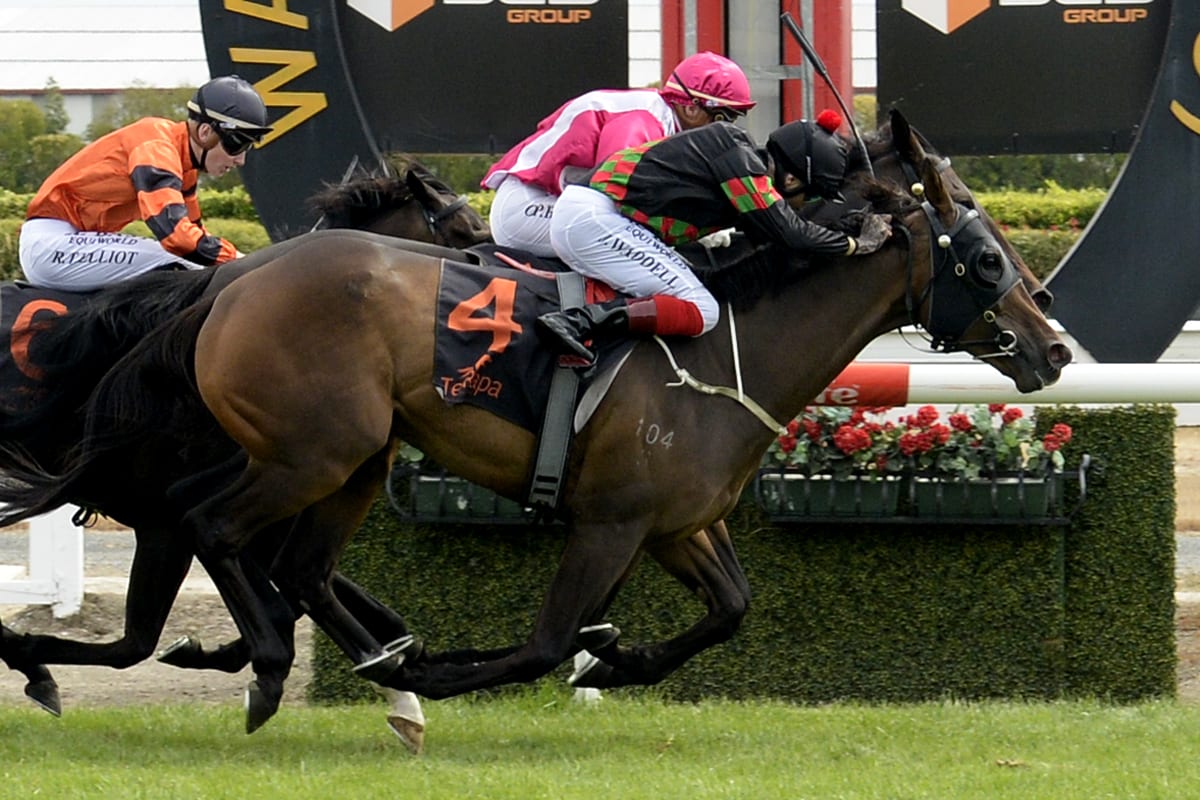 Group One winner Tiptronic bypassed the first two legs of the Hawke’s Bay Spring Carnival and trainers Graham Richardson and Rogan Norvall are hoping a less travelled path will benefit him at Hastings on Saturday.

The son of O’Reilly will line-up in the Group 1 Livamol Classic (2040m) after carrying big weights in his three lead-up runs.

“I intended not to go down for the Windsor Park Plate (Group 1, 1600m) because I thought it would be a hard race for him and it was a hard race for a lot of them,” Richardson said.

“Hopefully I have done the right thing. “Last start (over 1600m at Te Rapa) he had 63kg on his back. The horse who won carried 9kg less than him and the second horse wasn’t too far behind.

He was less than two lengths from the winner. I was very happy and Chad (Ormsby, jockey) was really happy with his run.”

Richardson has been pleased with how he has come through his run last Friday and he is looking forward watching his charge compete over his pet distance this weekend.

“He pulled up well and he has done extremely well since,” Richardson said. “He had a nice hit-out this morning and he should be spot on, knowing that it is going to be a stronger field than previous years.

“He has won around that distance, including the Herbie Dyke (Group 1, 2000m) at Te Rapa in February.”

Tiptronic has been installed an +1700 sixth-favourite for Saturday’s contest, behind dominant favourites Melody Belle (+140) and Avantage (+240).

Win, lose, or draw, Tiptronic will head to the paddock for a quick freshen-up before being set for some Group One summer targets.

“I am going to give him a week off and then he will do one or two weeks of pretraining at JK Farms,” Richardson said.

“We will bring him back for some of those races in Auckland like the Zabeel Classic (Group 1, 2000m).”

Meanwhile, Richardson will take a team of two to Tauranga’s race meeting on Wednesday.

“It was a big effort at Taupo last time, three and four wide the whole way and he ran the fastest sectionals of that race by a mile,” Richardson said. “A pretty handy horse (Fighting Fighter) beat him, but we had the tougher run.

“It is a pretty tough maiden field again on Wednesday, but his biggest issue is that he draws badly. He deserves to win a race pretty quickly.”

It will be the daughter of Group One performer Ruud Van Slaats’ second run from Richardson’s barn and he expects to see a big improvement from her first-up tenth-placing.

“She had her first-up run at Te Rapa and just couldn’t keep up, but flashed home in the last 200m. I was really pleased with that.