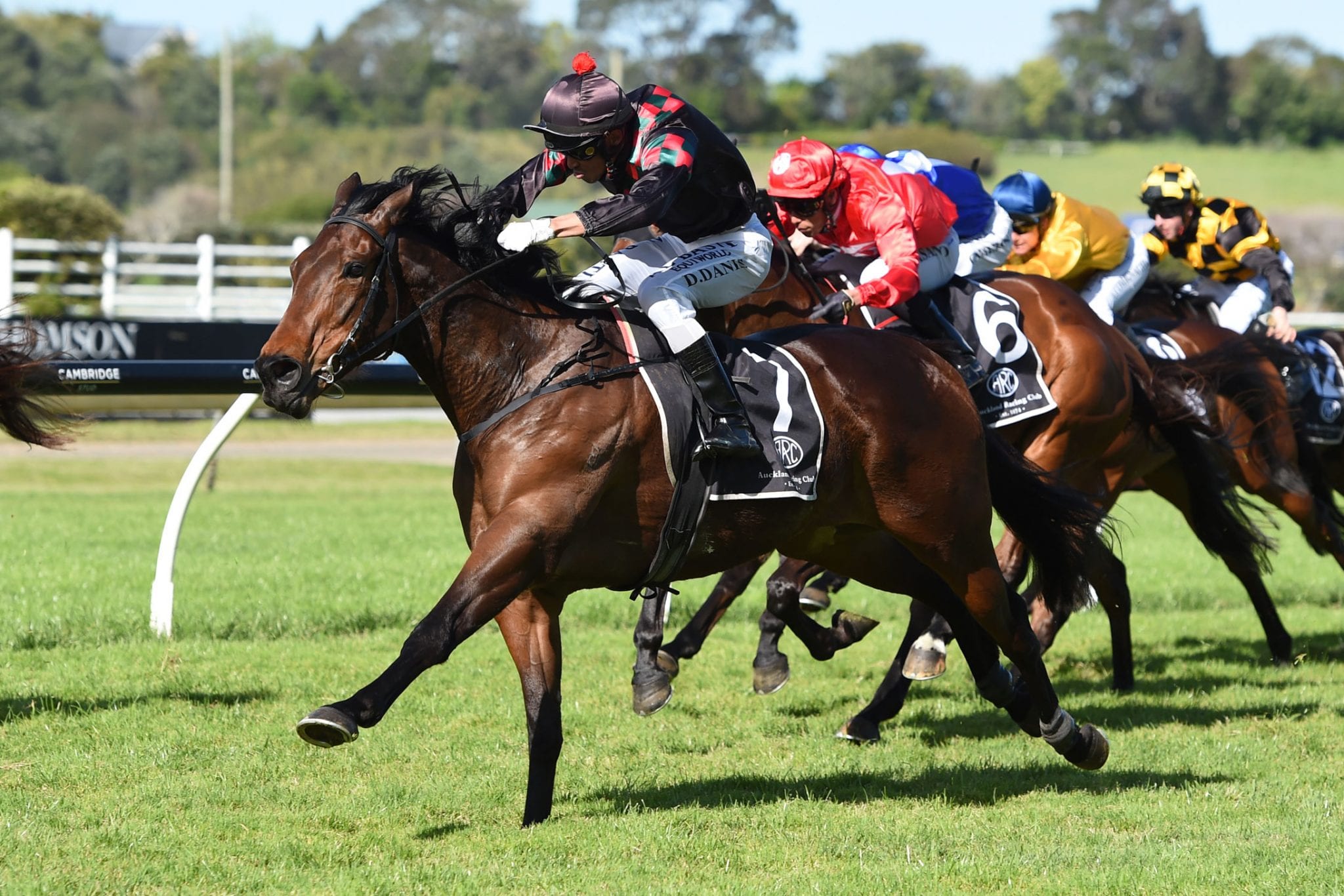 Progressive galloper Paisley Park bounced back to winning form when he out-finished his rivals over 1600m at Ellerslie on Saturday. The Dunstan Feeds Stayers Championship Final (2400m) winner earlier in the year at the venue was having his third start in a new campaign and looked ready for a big performance based on his first two efforts.

Apprentice Darren Danis used his two-kilogram allowance to good effect as he bided his time on the Azamour six-year-old before unleashing a powerful finish to claim race favourite Cheval Promettuer in the shadows of the post to register his fifth career victory.

Trainer Graeme Richardson, who prepares Paisley Park in partnership with Rogan Norvall, was thrilled to see their charge back on top as he looks ahead to several of the major summer staying races. “He’s gone two very good races this time in off some bad draws and unlucky circumstances, so to see him win was very pleasing,” Richardson said.

“I was a little worried that he was looking for more ground and the mile may have been too short. “I think the way he finished off franks that opinion but he was strong to the line and it was a lovely ride by Darren. “It is great to get the win and I’m delighted for his connections who have been very patient with him.”

Bred by co-owner Gary Christini, who races him in partnership with Dave Trubshoe, Paisley Park will now have one more run before tackling the Group 3 Counties Cup (2100m) at Pukekohe on November 21. “I’ll just see how he pulls up but the aim is to get him into the Counties Cup next month,” Richardson said.

Richardson watched the proceedings at Ellerslie on television from the Hastings racecourse where stablemate Tiptronic disappointed him slightly when finishing midfield in the Group 1 Livamol Classic (2040m) behind superstar mare Melody Belle.

“He just didn’t settle in the race and wanted to pull and do things wrong,” he said. “He got hyped up before the start so it’s back to the drawing board with him as he just has to learn to relax a little more. “We’ll tip him out now, which has always been the plan and then bring him back for races like the Zabeel Classic (Group 1, 200m) on Boxing Day.”