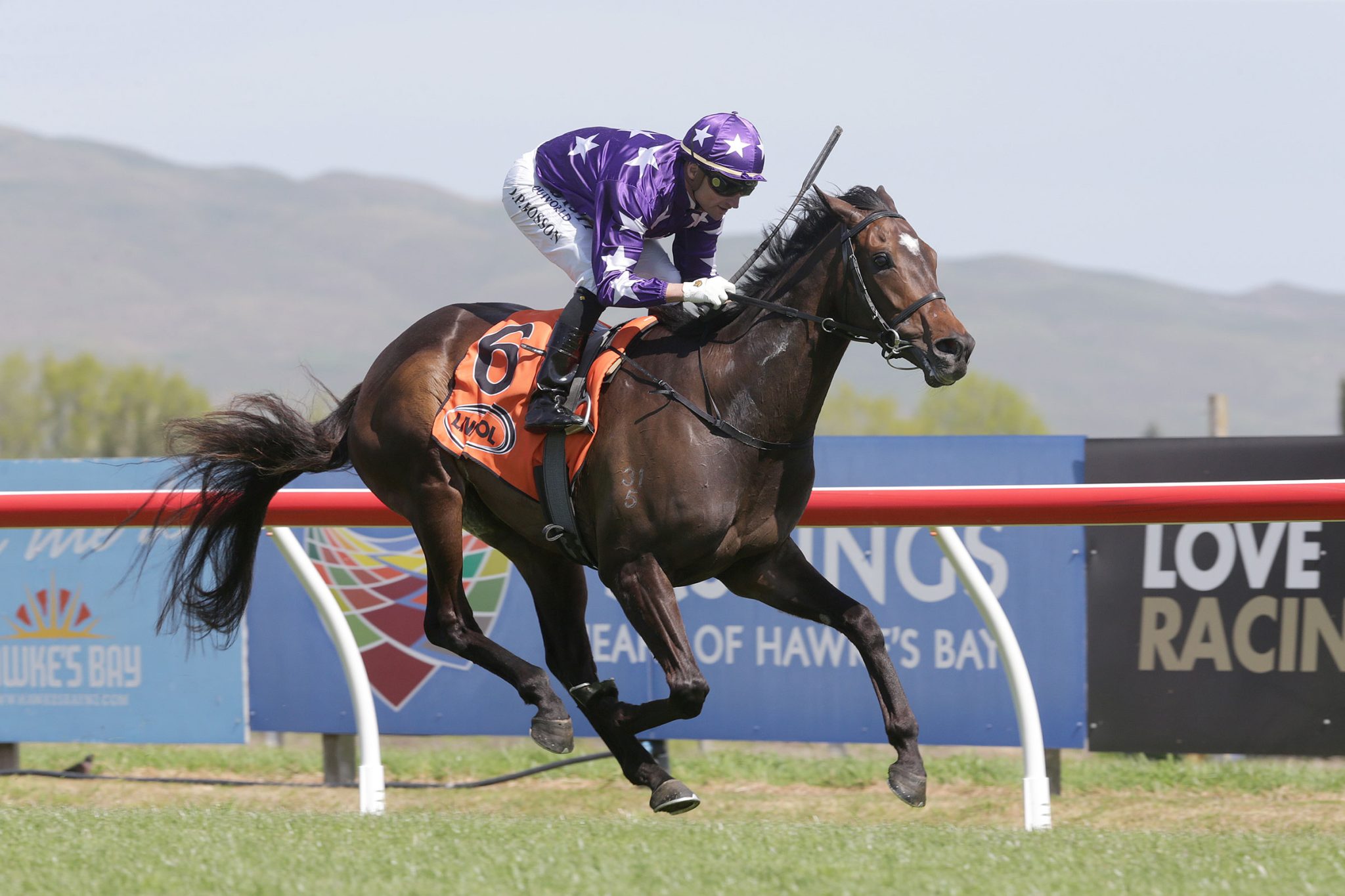 With New Zealand heading into the colder winter months, many Kiwis are dreaming of a Gold Coast escape, but Cambridge trainer Shaune Ritchie is living that reality at the moment.

Ritchie, who trains in partnership with Colm Murray, is campaigning Badgers Nuts and Swords Drawn over the Queensland Winter Carnival and he said the pair have settled in well to their new environment.

“Both horses were racing well before they left and they have landed in good order,” Ritchie said.

Badgers Nuts will be the first of the pair to line-up on raceday, with the three-year-old maiden set to race over 1400m at Eagle Farm on Wednesday.

The son of Rageese had just the one run in New Zealand, finishing runner-up on debut behind St Lawrence over 1400m at Hastings.

“We are looking for a Good track for Badgers Nuts, he has got a daisy cutters action,” Ritchie said.

“It was a strong second on Hawke’s Bay Cup day and he ran into a horse I know (trainers) Murray Baker and Andrew Forsman have got a bit of time for, so there was no embarrassment being beaten by him.

“It was probably just as well he was beaten because it means he can land in Brisbane as a maiden.

“He will take his place at Eagle Farm on Wednesday and Sam Collett will ride him.”

Ritchie said the ultimate goal with Badgers Nuts this campaign is to contest a stakes race.

“If he can be impressive on Wednesday then we will slowly start stepping the classes up and see where he ends up,” he said.

“We would like to think that we could get to a stakes race at some point during the carnival but he has got to prove himself.

“He is a horse that wants a better track and a Good4 at Eagle Farm on Wednesday should really suit him.

“They tell me Eagle Farm is a track that dries out extremely quick, so a bit of rain around won’t probably bother the track.”

Ritchie said he is spoilt for choice with the options available to three-year-olds over the carnival.

“If he won, there is a stack of 1400m and mile races for three-year-olds right through to the Sunshine Coast Guineas (Group 3, 1600m).

“He would want to be impressive on Wednesday to justify a step up to that level.”

Meanwhile, Swords Drawn will kick-off his Queensland campaign in the Gold Coast Cup (2400m) on Saturday where he will be ridden by visiting Kiwi hoop Opie Bosson.

Swords Drawn heads into the race in good form, having won his last start in the Listed Hawke’s Bay Gold Cup (2200m) at Hastings last month.

Ritchie said the six-year-old gelding will appreciate the wet forecast ahead of the weekend.

“He seems a lot better when there is some cut in the track,” he said.

“We are staying at the Gold Coast and the track is saturated right now and there is no chance that will come back to firm.

Ritchie said there is also a plethora of options for Swords Drawn in Queensland, with the Group 2 Brisbane Cup (2400m) a potential grand final.

“There are 2200m and 2400m handicaps each week for him. Races like the Chairman’s Handicap (Group 3, 2000m) should suit Swords Drawn as long as there is a bit of rain around,” he said.

“He might have a crack at the Brisbane Cup if he can get in it with the right weight.”

Ritchie said he is pleased to have booked the services of Bosson for Saturday’s race.

“He has got a really good affinity with the horse,” he said. “I know he has won on him at least three times.

“He knows him pretty well and he is staying at the Gold Coast as well, so he will know the track here from having ridden Te Akau’s horses during the week.”