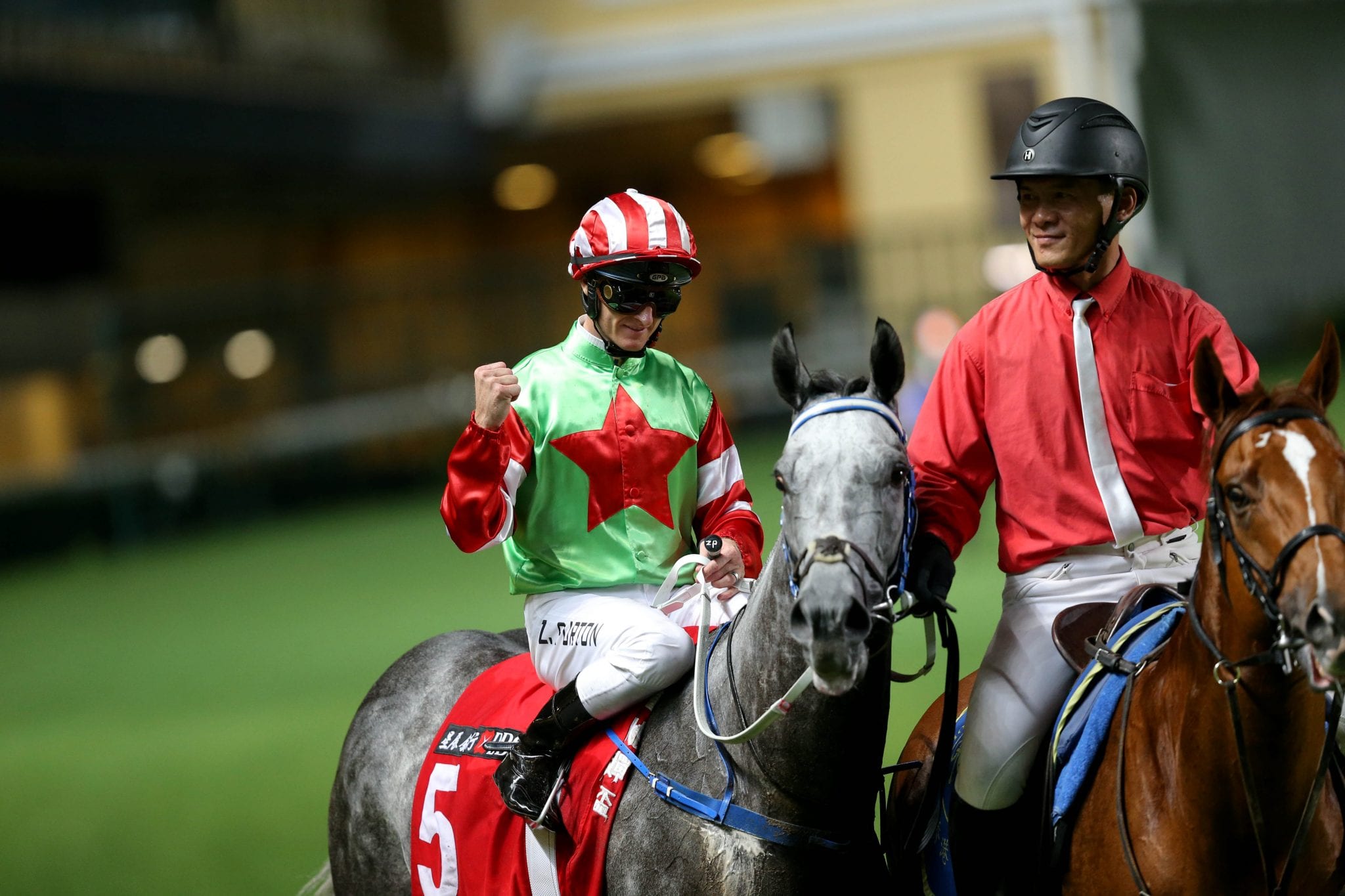 Hong Kong’s champion jockey Zac Purton was at his brilliant best on Wednesday (9 September) night as he bagged a quartet of wins at Happy Valley’s first fixture of the season to find himself in an all too familiar spot: top of the premiership.

The Australian ace leads the title race after two race meetings with six wins from 17 rides, starring at a happy hunting ground where he has drawn a blank only once since 11 September, 2019. “I would’ve been happy to ride a couple of winners, so it’s a great start,” the four-time champion jockey said.

Purton kicked off his four-timer by taking advantage of the inside draw with Harmony N Home in the first section Class 4 Quarry Bay Handicap (1200m); horse and rider enjoyed a sweet ground-saving run to victory. “He had barrier one, he jumped well and sat on the back of the leader, he had a perfect run and that’s as good as he is, he couldn’t give me anymore,” Purton said.

The Hong Kong International Sale graduate registered his first win, and, as a 58-rater, looks set to step up to Class 3 for his next assignment. “He goes up in grade now – with a light weight next time he’s going to need a similar run,” Purton said.

The champ then took the next race with a sweeping ride aboard the David Hall-trained Melbourne Hall in the second section of the Class 4 Quarry Bay Handicap (1200m).

The Harbour Watch gelding stepped away fairly from gate four and was buried on the fence at the rear of the field behind a wall of horses, before peeling out in the straight to score by a neck.

“It didn’t go to plan, I got squeezed not long after the start and I was buried back on the fence with a lot of horses around me at the half-mile, I thought I couldn’t win from where I was but luckily they fanned out and I got a nice run through and he got the job done,” the rider said.

Purton credited trainer David Hall for his approach with the smart four-year-old, who broke through at the ninth try. “He’s been a tricky horse, David’s (Hall) had to be patient with him, it’s taken him a while to get his head right, we just came up with a nice gate tonight, with a light weight,”

Purton completed a running treble aboard the Francis Lui-trained Alpha Hedge, who made all for a comfortable victory in the Class 3 Fortress Hill Handicap (1650m), the first race of the 2020/21 DBS x Manulife Million Challenge. That win secured the Sir Prancealot gelding 15 points for first place. “He’s fit and happy, he shows himself he’s very happy in trackwork,” said Lui.

That win puts the six-year-old firmly into Class 2, after rating 80 prior to tonight’s two-length success. “I’m very happy, it’s hard to say how he’ll fare up in class, it all depends on how the field is but he’s an honest horse,” Lui said.

Purton’s fourth win of the evening came when Guy Dragon took the finale, the first section of the Class 3 Causeway Bay Handicap (1200m), for trainer Caspar Fownes. “He’s a very complicated horse, he drew a good gate tonight and he jumped very well which is not his normal racing trait as he’s normally slow out, he initially put himself in a good spot but I sort of got dragged back out of the race but I was able to navigate a way through,” Purton said.

California Rad picked up where he left off last term as he took his impressive record to four wins from his last six starts. The Tony Cruz-trained four-year-old displayed a powerful turn-of-foot to take the second section of the Class 3 Causeway Bay Handicap (1200m).

“He always showed he had the ability when he got to Hong Kong but halfway through last season something changed; Tony (Cruz) gave him a break and he just started climbing, both physically and mentally,” Jockey Karis Teetan said.

The gelding has risen 27 ratings points since his debut and will find himself in Class 2 next time. “Behind the gates he makes me worry, because he’s so sleepy, it’s like nothing worries him but when the gates open he does everything you want him to – he’s a very smart horse and this is why he’s improving all of the time,” Teetan said.

“With him I have no worries, I could lead with him but he had a big weight so we decided to take a sit but you could see, when you put the pressure on, he responds.”

That win secured a double for the Mauritian ace after he drove Wins All to victory in the opener.

Chris So struck early at the opening Valley fixture, winning the first two contests on the card to take his season’s tally to three wins from the first 18 races.

“Wins All, it was the first time he went down to Class 5 and I think that made a big difference,” So said.