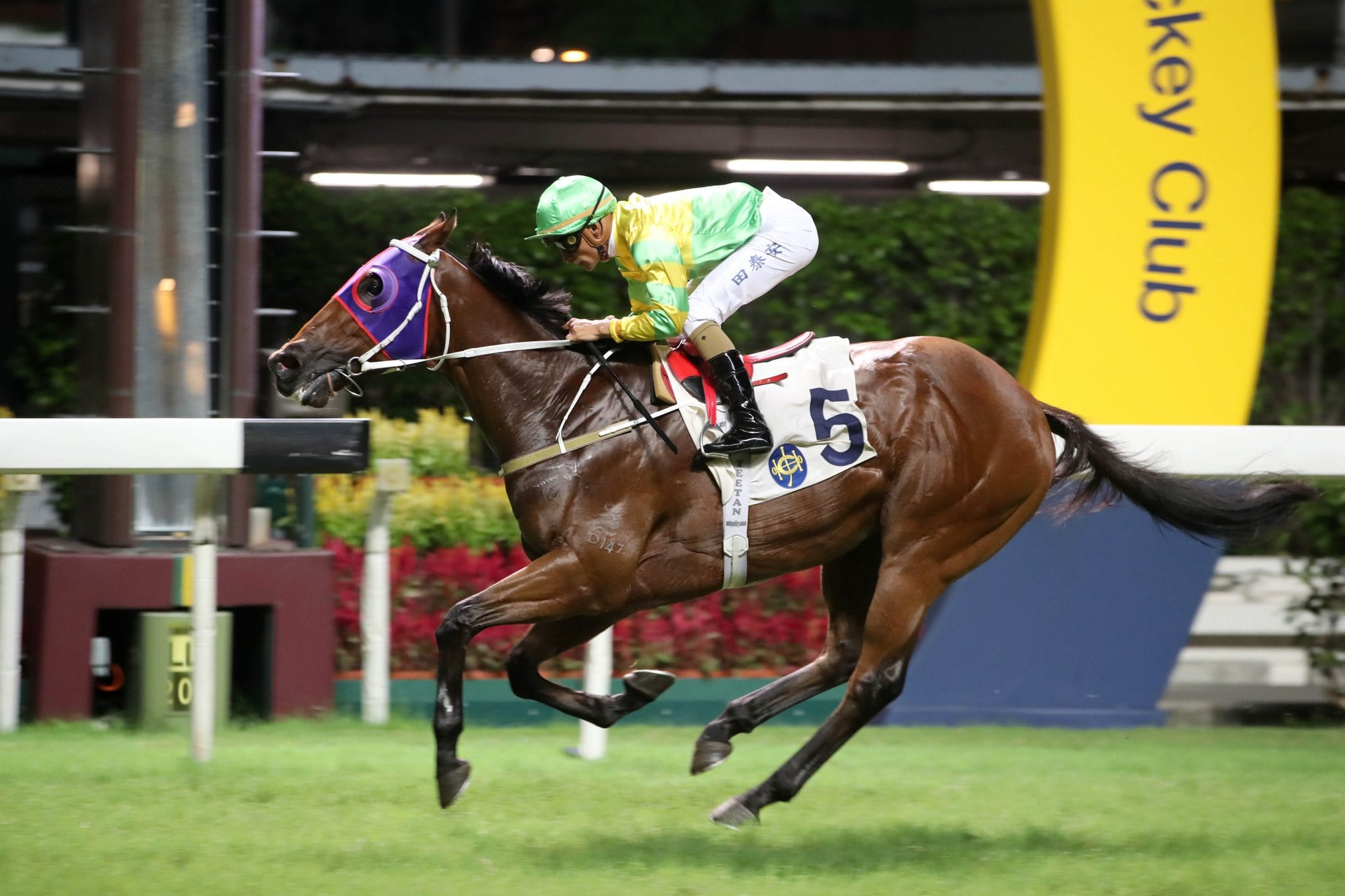 Karis Teetan heads into Wednesday’s (9 September) eight-race card at Happy Valley primed for the mount aboard California Rad in the second section of the Class 3 Causeway Bay Handicap (1200m).

Happy Valley’s first meeting of the season marks the start of the 2020/21 DBS x Manulife Million Challenge, which runs until 24 February, 2021. The competition is for horses racing in Class 3 and above, with points awarded for first, second, third and fourth place finishes.

A first-up win for California Rad (133lb) would bag 15 points in the HK$1 million contest. “He’s a lovely type and I’m looking forward to riding him again, I think last time out he was just beaten by a better horse on the night,” Teetan said.

California Rad was one of Hong Kong’s most improved gallopers last season – rising from a rating of 52 in Class 4 to a Class 3 figure of 79. “I’m hoping there is more development with him, I’m hoping as he gets higher that he’ll be mentally and physically tougher – he improved a lot last season and I do think this season he could be better because of his age,” the Mauritian ace said.

The Fastnet Rock gelding mopped up three wins last term from his last five starts and returns from a two-month break after finishing second at his final appearance in the 2019/20 season. “I was very happy with his trial, he finished off nicely,” Teetan said. “Halfway through last season he started to pick up and really improve with each and every race he went to, so I’m very happy with how he improved last season and I’m hoping he gets better this season”.

The Tony Cruz-trained galloper was one of 93 total wins for Teetan last term, a new personal best tally which included the Group 1 Chairman’s Sprint Prize aboard Mr Stunning. He returned with his first winner for the new campaign at Sunday’s (6 September) season-opening fixture aboard Mongolian King in the day’s finale. “It’s always nice to get a winner on the first day, just get the pressure off a little and I’m happy to get that win and now I’m looking forward to the season,” Teetan said.

The bay gelding will break from gate six against a field of 10 others, including Little Bird (129lb), Hardly Swears (119lb), Triple Triple (116lb), and Aurora Pegasus (123lb) who last season was also a three-time winner at the city circuit. This time, the Caspar Fownes-trained runner will pair with reigning champion jockey Zac Purton.

Purton heads into Wednesday’s eight-race card at Happy Valley as one of three jockeys with a full book of rides, including the mount aboard Nextmodel (133lb) in the Class 4 North Point Handicap (1000m).

The five-year-old won with plenty in hand last start at the Valley and finds himself sitting on the cusp of a Class 3 berth, a win would likely move him up to that grade and put him in contention for the DBS x Manulife Million Challenge. “His trial was good, I think he’s held his form from last season and I’m happy with him,” Purton said.

Trainer Benno Yung’s charge has had no luck with the barrier draw at the city circuit, having drawn gate 12 for his past two runs and this time he has drawn gate 11.

The champion jockey was at his brilliant best aboard the gelding last time out to offset the wide gate inconvenience, driving the five-year-old forward early to score a tough, on-pace win. “The poor fella has had no luck with barriers at Happy Valley, he did it the hard way last time and he’s going to have to do a similar thing again,” Purton said.

Purton also teams up with the Francis Lui-trained Alpha Hedge in the Class 3 Fortress Hill Handicap (1650m). The 80-rated six-year-old was a steady improver last season, rising from a mark of 60 at the start of last campaign, largely in part due to his two course and distance scores.

“He’s very consistent, he’s come up with a good gate so he’s going to get a nice run, he’ll get his chance again,” Purton said.

The Irish-bred has drawn gate three in the field of 12 and has the chance to register valuable early points in the Million Challenge. “He’s going well, he’s a horse that always works well, he’s always fresh in the mornings.” “He’s probably nearing his ceiling now but if we can get one more out of him, I think it’ll be job well done,” Purton said, querying how many more ratings points the gelding is capable of rising.

Chad Schofield rode a personal best 43 wins last season and he is looking forward to his renewed association with the Fownes-trained Jazz Steed in the section two of the Class 4 Quarry Bay Handicap (1200m). “I think there is more to come from him, he really hit his straps towards the end of last season,” Schofield said.

The Hong Kong International Sale Graduate scored three top-two finishes from his last three runs of last season, including one win, and returns this season off the back of one trial at Sha Tin over 1000m on Friday, 28 August. “He’s drawn a nice enough gate and I thought his trial on the grass the other day was quite good, so I’m expecting a forward showing,” Schofield said.

Schofield takes five rides on the eight-race card at Happy Valley including the mount on G Unit (132lb) in the Class 4 North Point Handicap (1000m) when he links up with former boss David Hayes.

Schofield, 26, became the first apprentice to win premierships in two states: after being crowned Sydney’s champion apprentice (2011/12), the young gun headed south and became Melbourne champion apprentice the following season, working under the tutelage of Hayes. The same year he took his first major, the Group 1 Cox Plate (2040m) aboard Shamus Award.