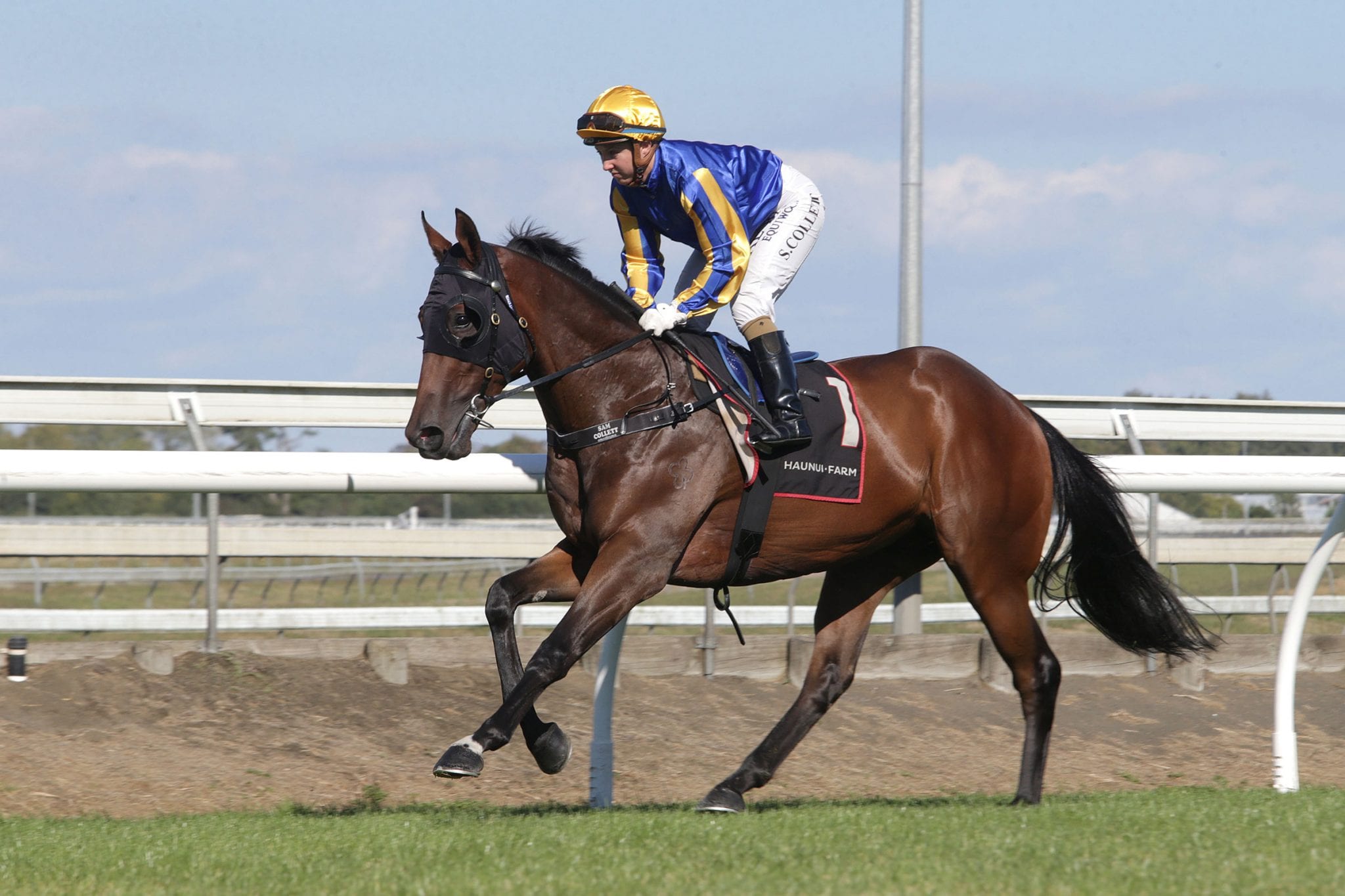 Pukekohe trainer Nigel Tiley enjoyed a day out on his home track, saddling three winners on Wednesday headed by impressive juvenile Quicken Away, who defeated a strong field over 1200m to book his place in next month’s Group 1 Courtesy Ford Manawatu Sires’ Produce Stakes (1400m).

The Ben Kwok-raced son of Vancouver had caught the eye when closing well for second earlier in March and closed well again to defeat talented galloper Aglianico and stablemate Cool Change under a perfect Samantha Collett ride.

“He is a quality horse and he would probably prefer a little bit more cut in the ground than what he had today,” Tiley said.

“If he pulls up well, we probably have to have a look at the Sires’ Produce with him.

“We will have three runners in it with Lady Maroal and Cool Change also heading there. It is a Group One a you have got to have a crack.

“I think the runner-up today was pretty smart but once he flattened out he was always going to have its measure.”

The -125 favourite carried 59kg topweight and never gave punters a moments concern when scoring by six and a half lengths to make it back-to-back victories.

The son of Darci Brahma will be sure to attract interest from overseas as the winner of two of his three starts, likely to earn him at least a HK68 rating to meet the private purchase criteria for Hong Kong.

“He’s a very smart horse that is progressive and my phone has been going absolutely berserk for him,” Tiley said.

“He’s by Darci Brahma, who is the sire of last Sunday’s Hong Kong Derby winner Sky Darci, and I think there is much better things in store than a couple of soft mid-week races.

“Caspar (Fownes, trainer of Sky Darci) has been on the phone. He has been sniffing,” Tiley said.

Well-bred Savabeel filly Lavita Vishvi broke maiden ranks at third time of asking and relished the step up to 1400m.

“She is raced by a good owner in Narenda Balia and I thought she was really impressive. She was still last on the corner and I didn’t expect her to get back that far, even though she drew wide,” Tiley said.

“I thought she would be midfield with a bit of cover. To do what she did and come from last on the corner was some effort.

“The idea with her is to try and get a bit of black-type and on today’s win, I think she would be quite capable of getting it.”
A granddaughter of triple Group One winner Daffodil, who won the Group 1 Australian Oaks (2400m), Tiley believes the filly will be best suited aiming at black-type once up over 2000m.

“She has got a beautiful pedigree and she has just taken a little while to mature. She is not a big filly and she is not that robust at the moment, so she has been a work in progress.”

Tiley was also pleased with run of three-year-old filly Zaffiro Belle, who was stopped in her tracks on multiple occasions but still had the audacity to find the line for fourth.

“The horses look good and they’re working well so I am pleased they are racing well,” Tiley said.