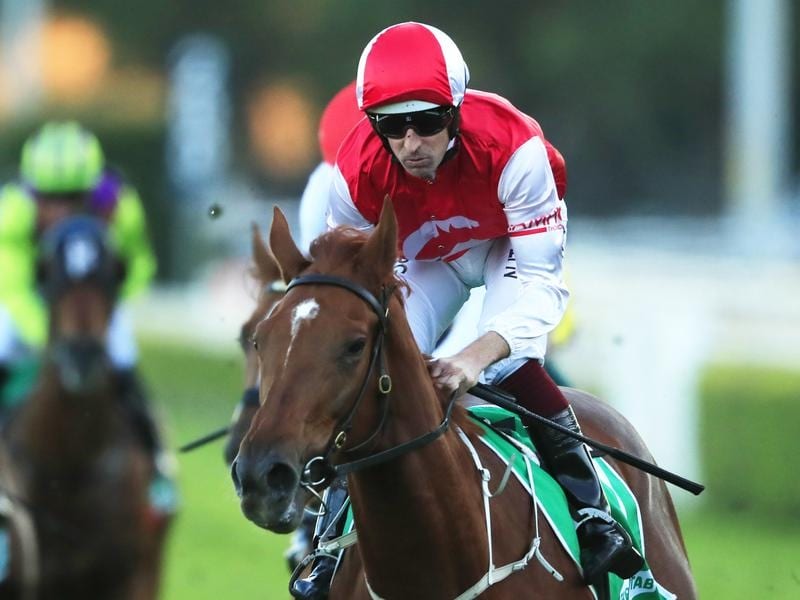 The Epsom Handicap and Golden Eagle figure among the spring options for Opacity who has continued building on a promising start to his racing career with another Randwick win.

The John O’Shea-trained gelding got to the right part of the track out wide in Saturday’s TAB Handicap (1600m) and burst through between runners under Hugh Bowman to register his fifth win from seven starts in narrow but impressive fashion.

It was a second straight Randwick win for the three-year-old gelding who was initially to be aimed at the Queensland Guineas before that race was scrapped this year in a revised Brisbane carnival because of the coronavirus.

“He had been set for the Queensland Guineas from the day he went to the paddock after he won at Canterbury over the 1900 metres (in February),” O’Shea said.

“Today was meant to be that day, it’s just not to be. But all the same he’s had a good seasoning campaign. He continues to put ones next to his name and I think Hugh thinks quite highly of him. He’s won on him his last two goes.

“So when he gets down in the weights, and if he got into something like an Epsom on 50kg or 51kg I think he’d have plenty to offer.”

O’Shea indicated the $7.5 million Golden Eagle for four-year-olds is a good option to have in the spring, and Opacity could continue his current campaign next week in a bid to bolster his prospects for later in the year.

“We’ve actually got him in next Saturday just for the opportunity to try and get his rating up a little bit more,” O’Shea said.

Opacity, the $4.20 favourite, carried 59kg to a half-neck victory over Word For Word with Orcein 1-1/2 lengths away third, giving Bowman a winning double having also won on Lando Bay.

The penalty will be tacked onto the back of another careless riding suspension she incurred last Saturday.

Day will begin her stint on the sidelines after she rides at Gosford on Thursday and can return on July 1.