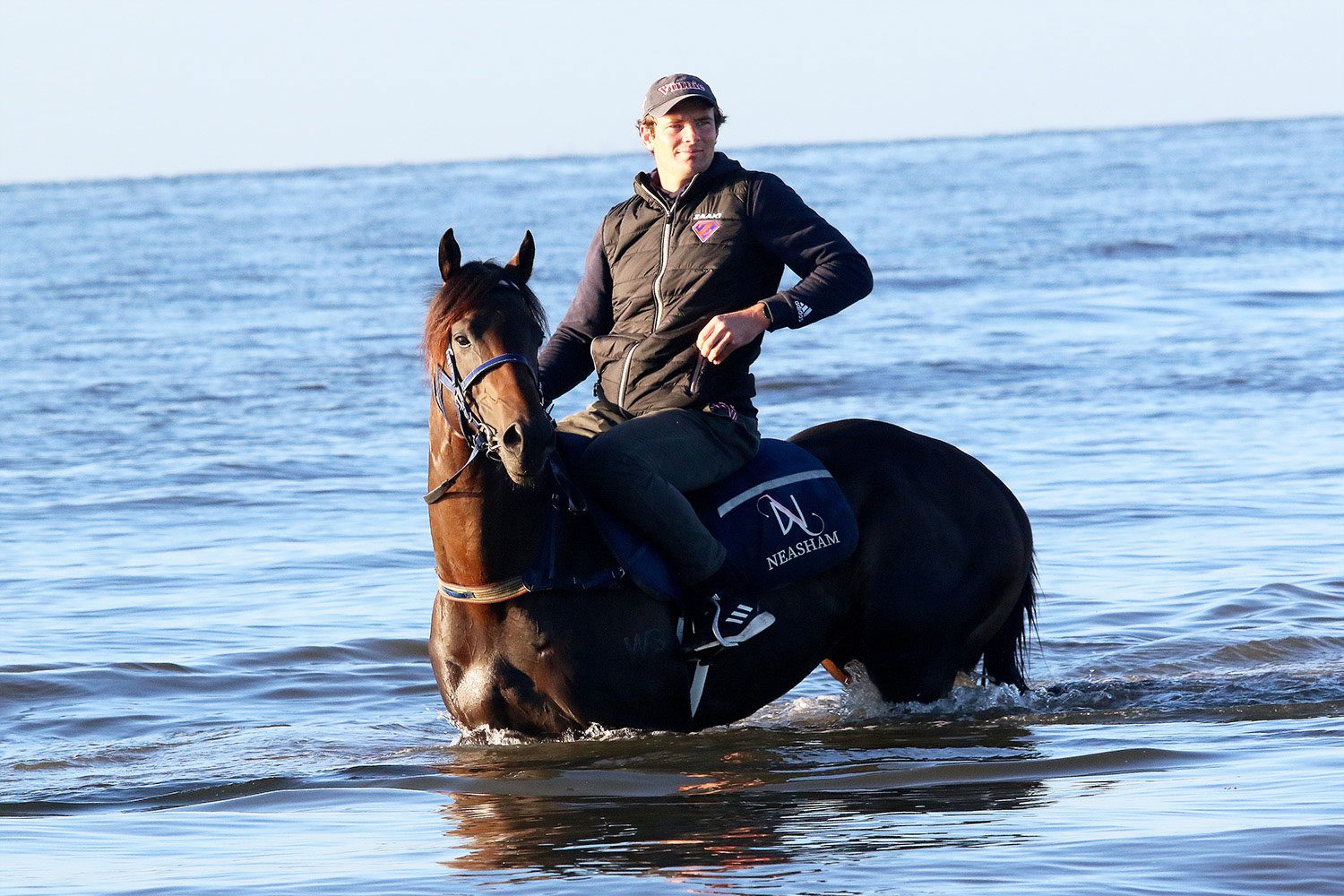 A decade and a half after Todd Pollard entered the racing industry as an enthusiastic schoolboy, he now finds himself front and centre of one the world’s most famous races, the Group 1 W.S. Cox Plate (2040m).

Pollard’s first taste of racing was as a 12-year-old working weekends and holidays as a stablehand for Matamata trainer Graham Richardson.

It took little time for him to realise the Sport of Kings was his calling and he set in place a plan to make the most of the opportunities that presented themselves.

The giant steps he has taken along the way have elevated Pollard to the position of assistant trainer to the shooting star of Sydney training ranks, young Englishwoman Annabel Neasham, and now be the man managing leading Cox Plate contenders Zaaki and Mo’unga.

“I was still in my early teens when I told my mother I wanted to become a trainer,” 27-year-old Pollard recalled in the countdown to Saturday’s weight-for-age classic.

“Mum knew how keen I was and thought that sounded like a good idea, so I set about making it happen.

“I heard about the Darley Flying Start scholarship and along with getting more work experience, I went to Massey College and studied for a marketing degree minoring in equine.

“During varsity breaks I did yearling preps as well as working in Australia for Peter Snowden, Mike Moroney and John O’Shea. That was all about building my CV and I got accepted for the Flying Start programme in 2016.

“It was a fantastic experience working in Ireland, the UK, Kentucky and Dubai, getting an insight to the racing and breeding world.”

One of the relationships that developed through this period was with fellow Matamata-born and raised Flying Start scholar Andrew Williams, who through his Sydney bloodstock agency contacts was to become a key link to Pollard’s current position.

“When I got back to New Zealand I scored the job as racing manager for Stephen Marsh, who was great to work for over the next two and a half years.

“Then one day I was talking to Andy (Williams) and he mentioned that Annabel Neasham, who had set up her own stable at Warwick Farm, was looking for an assistant trainer.

“After talking it over with Stephen he said ‘go for it’ and then Andy rang again telling me Annabel was waiting for me to call her.

“I still pinch myself how it all happened and where it’s already taken me.”

Pollard, the great grandson of successful former Te Awamutu breeder Joe Pollard, began with Neasham in February and it’s been something of a whirlwind experience since.

“Mo’unga was Annabel’s first Group One winner in the Rosehill Guineas (2000m) in late March, then it was Zaaki when he went up to Queensland and it’s hardly stopped since.”

Mo’unga, a Waikato Stud-bred Savabeel colt that Neesham’s major supporter Aquis outlaid NZD$325,000 for at Karaka in 2019, picked up the baton in August with a first-up win in the Group 1 Winx Stakes. Zaaki chimed in with wins in the Group 2 Tramway Stakes (1400m) and the Group 1 Underwood Stakes (1800m) at his Melbourne debut.

As the short odds-on favourite to extend his formline earlier this month in the Group 1 Might And Power Stakes (2000m), Zaaki could manage only third, while Mo’unga finished fifth in his Cox Plate lead-up, the Group 1 Epsom Handicap (1600m).

“Both horses have had the right preparation and they’re doing everything right,” said Pollard, who is being assisted in Melbourne by former French jockey Raphael Marchelli and keeps in constant contact with Sydney-confined Neasham.

“They worked together at Moonee Valley on Saturday and again on Tuesday morning. Zaaki likes to roll along calling the shots, whereas Mo’unga is a horse that does what he has to and saves his best for raceday.”

Pollard is counting on a combination of factors to add the final elements to Saturday’s two-pronged attack on the AUD$5 million feature.

“Having James (McDonald) back on Zaaki, it’s a huge plus to be teaming up with him again, and we’ve got the right man on Mo’unga. Hugh Bowman knows all about winning the Cox Plate.

“Weather-wise it’s been beautiful during the week, but they’re talking rain by Friday. Our two would love it with a bit of toe in the ground.

“Whatever happens between now and then, the Cox Plate is a race that the best horse on the day wins. It won’t be easy; I just hope our two get the chance to show they’re up for it.”