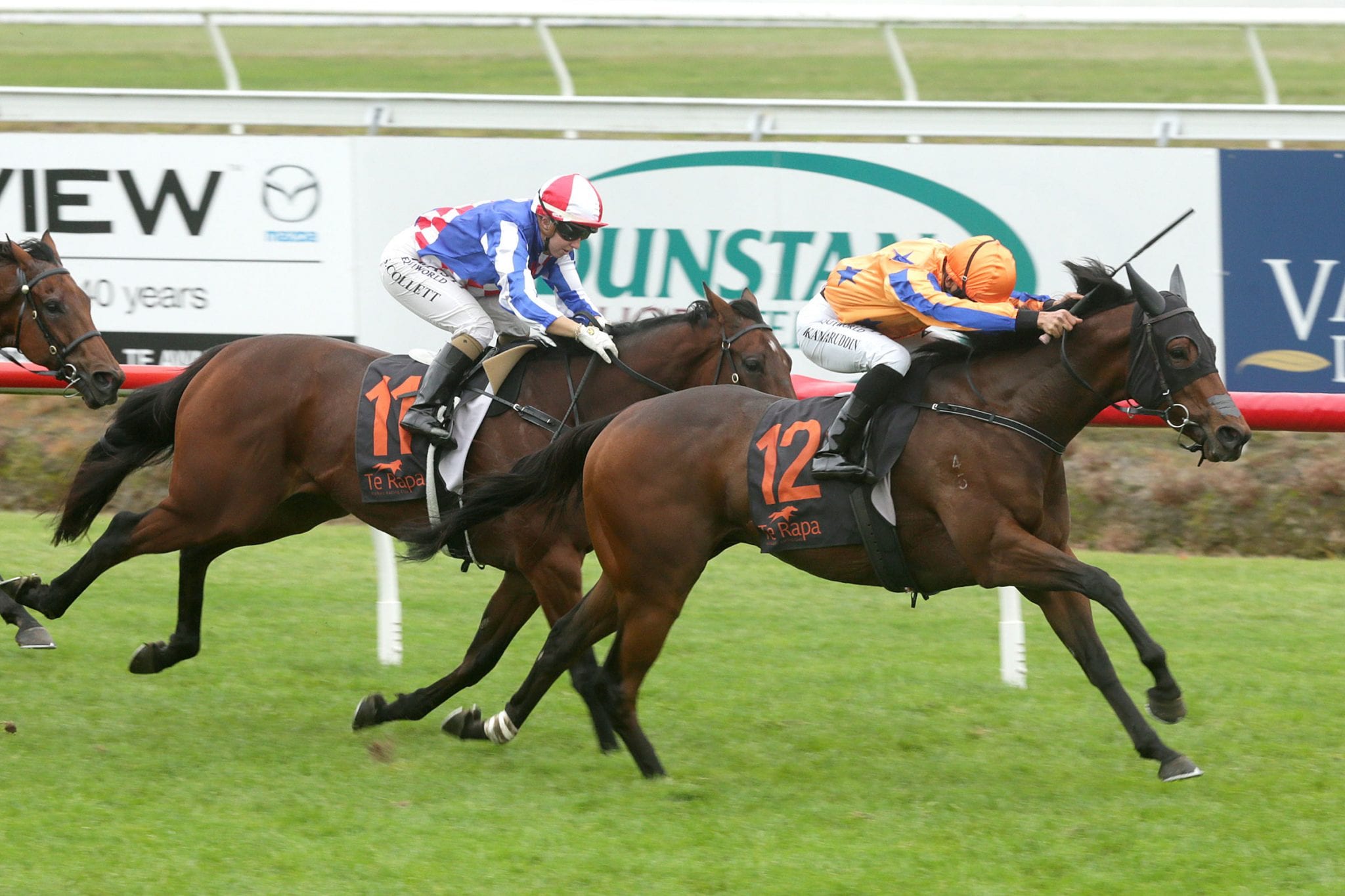 A gun ride by three-kilogram claiming apprentice Joe Kamaruddin paved the way for promising galloper Top Brass to register his first win at the open level when he burst home late to take out the Dunstan Feeds 1200 at Te Rapa.

Trainer Jamie Richards had given the five-year-old a decent break after he registered consecutive victories over the distance back in November last year.

Two starts for two placings in a new campaign had the son of Epaulette ready to strike at short notice and he did that in fine style on Saturday, courtesy of a fine effort by Kamaruddin.

The twenty-eight-year-old Malaysian, who is in his third season of riding, bounced Top Brass away to sit handy to the speed before angling into the clear in the straight for a shot at the leaders.

Momentarily held up for a run, Kamaruddin didn’t panic as he waited for the gap to appear and then drove Top Brass through as he dashed clear for a handy one and a quarter-length victory.

Richards was full of praise for both horse and rider after the race.

“It was a very nice effort by Joe as he used his claim and the good draw to his advantage,” he said.

“It has taken a while for things to fall into place for Joe, but now he has some confidence, he is really coming on.
That’s what happens when you are getting rides on nice horses and he is showing the benefit of the experience he has been getting.”

“He is a great person to have around the stable, always happy and making others laugh and we’re all delighted to see him starting to really take off with his riding.”

Richards will now send Top Brass out for a spell but believes the lightly raced gelding had plenty more to offer now he was over some of the issues he had as a younger horse.

“He was a bit of a handful earlier on, with shin soreness and the like, so it has taken a while for things to fall into place for him,” he said.

“He still has quite a few quirks but when he is on top of his game there is plenty of ability there and I think he can go on next season to bigger and better things.

“He is raced by a really great group of people from up at Ruakaka and Whangarei, so I’m thrilled to get another win for them.”

Bred by Northland racing identity Terry Archer, who is also a co-owner, Top Brass is out of High Chaparral mare Highlight, who won three of her five race starts and comes from the family of champion South African two and three-year-old filly, Princess Victoria.