Pride of the south returns 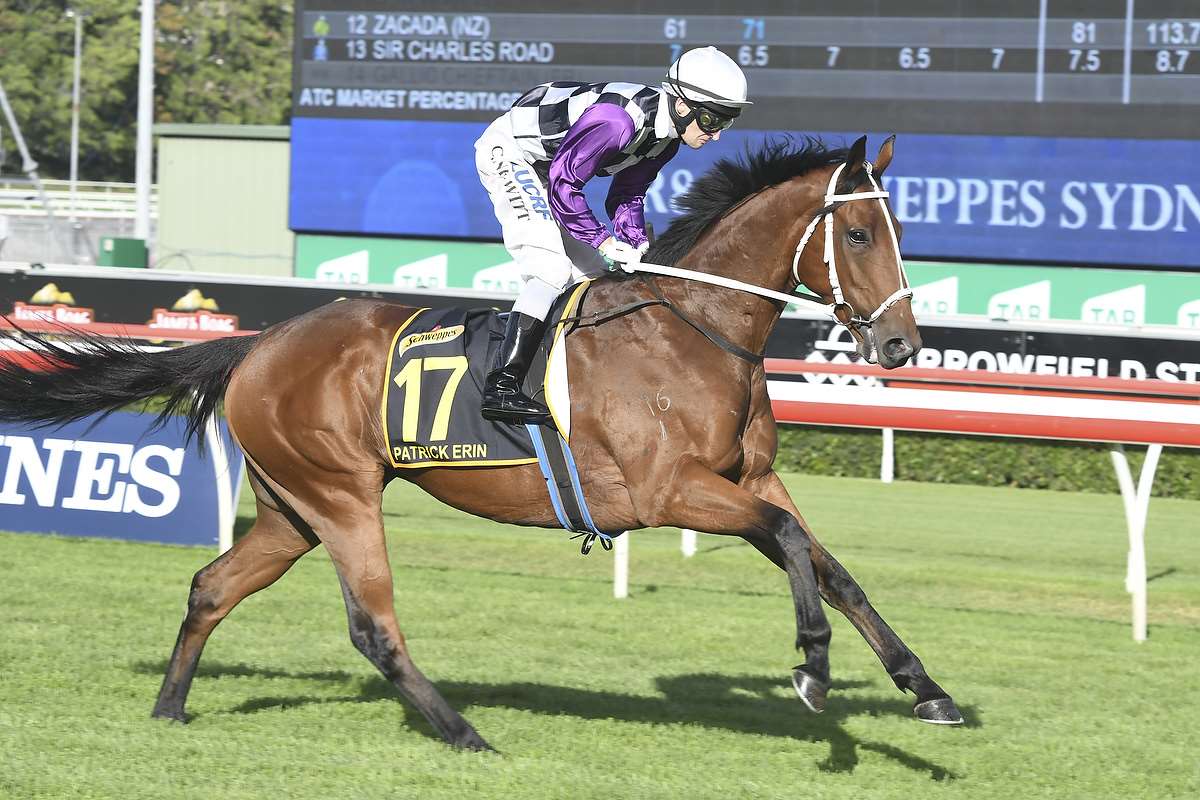 The pride of the south, Group 1 winner Patrick Erin, will begin his spring campaign at Wingatui on Sunday where he will tackle the Vault 21 (1400m). The Brian and Shane Anderton-trained gelding will carry 62kg and his connections just want to see him go around safely this weekend.

“He had a jump out the other day and he didn’t blow at all, he is pretty forward,” Brian Anderton said. “He will be running on in the finish, but it will be a bit short for him probably. “As long as he pulls up all right, that will be the main thing.”

The Group 3 New Zealand Cup (3200m) at Riccarton in November remains his ultimate target this spring, but those plans looked to be in jeopardy a month ago. “He did have a bit of a setback a while ago, he slipped over in the paddock and injured his back, but he’s alright now,” Anderton said. “We have nominated him for the New Zealand Cup, so we will see.”

Patrick Erin will clash with stablemate Our Teddy Boy, who was victorious over 1335m last start, and Anderton is hoping for another bold showing from the six-year-old. “He likes the wet ground and he’s going to be a good chance on Sunday,” he said.

The Andertons will also line-up last start winners Crispin and Slammer in the Prohibition Smoke House (1600m) and the PGG Wrightson Real Estate South Otago Cup (2200m) respectively. “Crispin and Slammer have both done well since they raced,” Anderton said. “We nominated Slammer for the Cup, but the long-term plan is a race coming up at Christchurch that would qualify him for the Jericho Cup (4600m) in Australia.”

Crispin will be joined in Sunday’s race by last-start placegetter Raise You Ten, who Anderton said will appreciate only carrying 55.5kg with the assistance of apprentice jockey Corey Campbell’s one kilogram claim. “Raise You Ten has got the best weight he has had in a long time,” Anderton said. “He has been carrying 62kg in his last couple of starts. “He ran well the other day and I am expecting him to run a really good race with the weight relief.”

Meanwhile, with the success of Raise The Flag’s progeny in Australia, through the likes of Grand National Hurdle (4200m) and Grand Annual Steeplechase (5500m) winner Ablaze, Anderton said there has been a fair bit of interest in his resident stallion from across the Tasman. “There is a good demand for them in Australia, the Raise The Flag’s, but we just don’t have enough of them to send them over,” Anderton said.

“A lot of Australian-owned mares are going to him this season. They have bought mares here and sent them to him. “It’s early days yet, but we have bookings coming in all the time. He won’t have a big book but he will have a nice book.” Raise The Flag stands at White Robe Lodge for a fee of $6,000+gst.