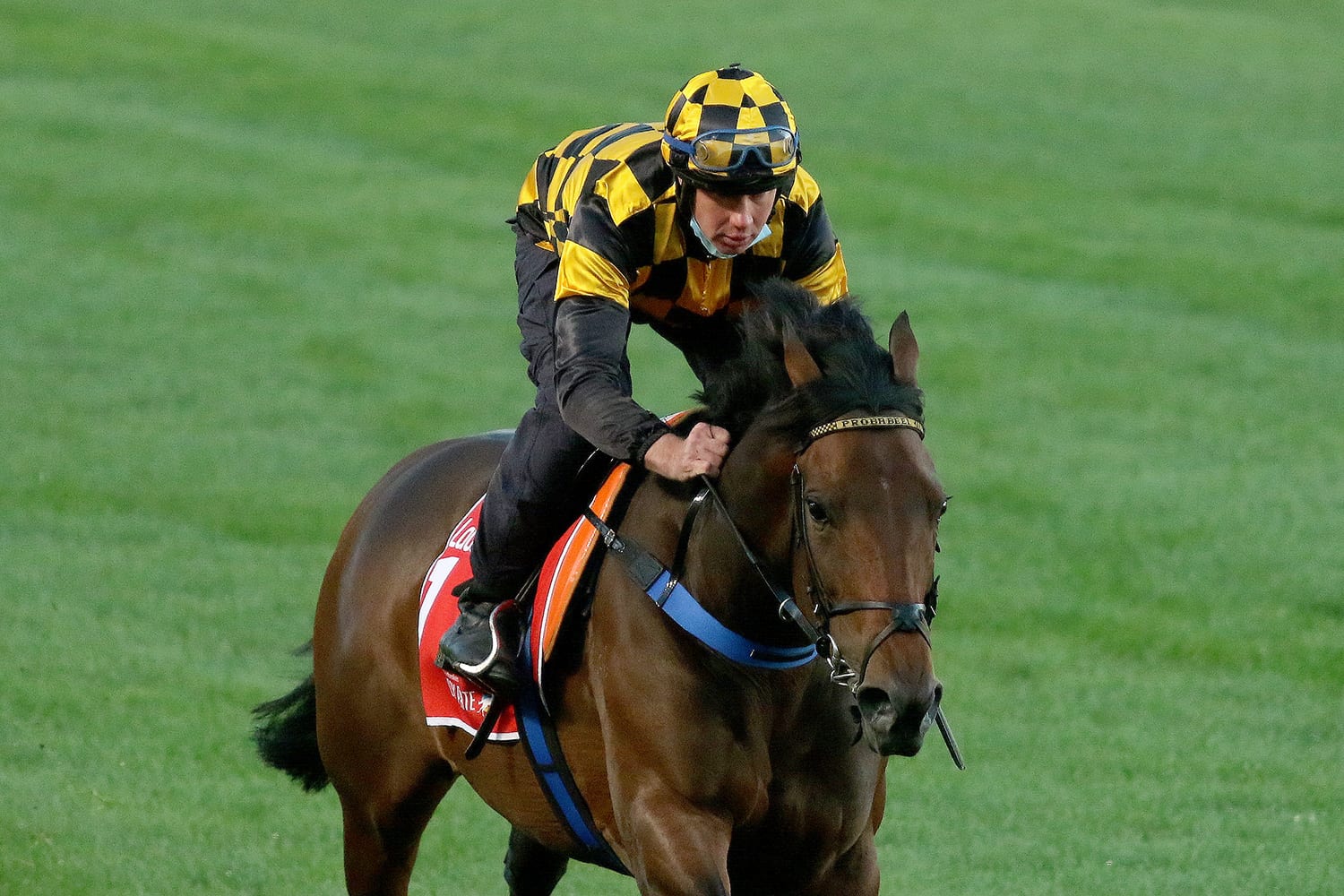 What a difference a year makes. This time last year Te Akau trainer Jamie Richards was devastated after drawing the outside barrier with Te Akau Shark in the A$5 million Group 1 Cox Plate (2040m), while this year he was overjoyed when drawing gate two for Group 1-winning mare Probabeel.

“It is such a big help that Brendan (Lindsay, owner) was able to secure barrier two,” Richards said. “It means we can ride a nice positive race and have her up in the first half of the field. “In previous campaigns she has been a bit slow away from the barrier, but she has been jumping with a bit of enthusiasm and putting herself up in the race this preparation and hopefully we will be able to make use of that good barrier.”

The four-year-old will be reunited with regular rider Kerrin McEvoy on Saturday, however, the gun hoop wasn’t able to partner the mare in her track gallop at ‘Breakfast With The Best’ at The Valley on Tuesday morning due to being in quarantine.

She was instead ridden by McEvoy’s brother-in-law Patrick Payne, who won the Cox Plate in 2002 aboard Northerly. “It was nice, leisurely work from her. She doesn’t overexert herself without a mate,” Richards said. “We gave her a decent hit-out up in Sydney on Friday before she came down. She was basically just there to familiarise herself with the surroundings and stretch her legs. “Paddy Payne reported that she felt good and moved well and did everything nicely around The Valley this morning.”

Probabeel will be looking to cap an already successful spring campaign on Saturday after winning two of her previous three starts, including the Group 1 Epsom Handicap (1600m), Group 3 Bill Ritchie Handicap (1400m), and finished runner-up in the Group 3 Show Country Quality (1200m) first-up.

“She has had a great preparation,” Richards said. “She came out and ran great in the Show County and was just beaten, she won the Bill Ritchie and the Epsom, so she brings in some really strong form. “The key to that has been up on top of the ground in Sydney. She comes down to Melbourne and hopefully we can see a nice track there on Saturday.”

Probabeel is a $9 prospect in a market headed by Russian Camelot ($4.80), who eased slightly after drawing the outside gate.