Plenty of spring options for Tofane 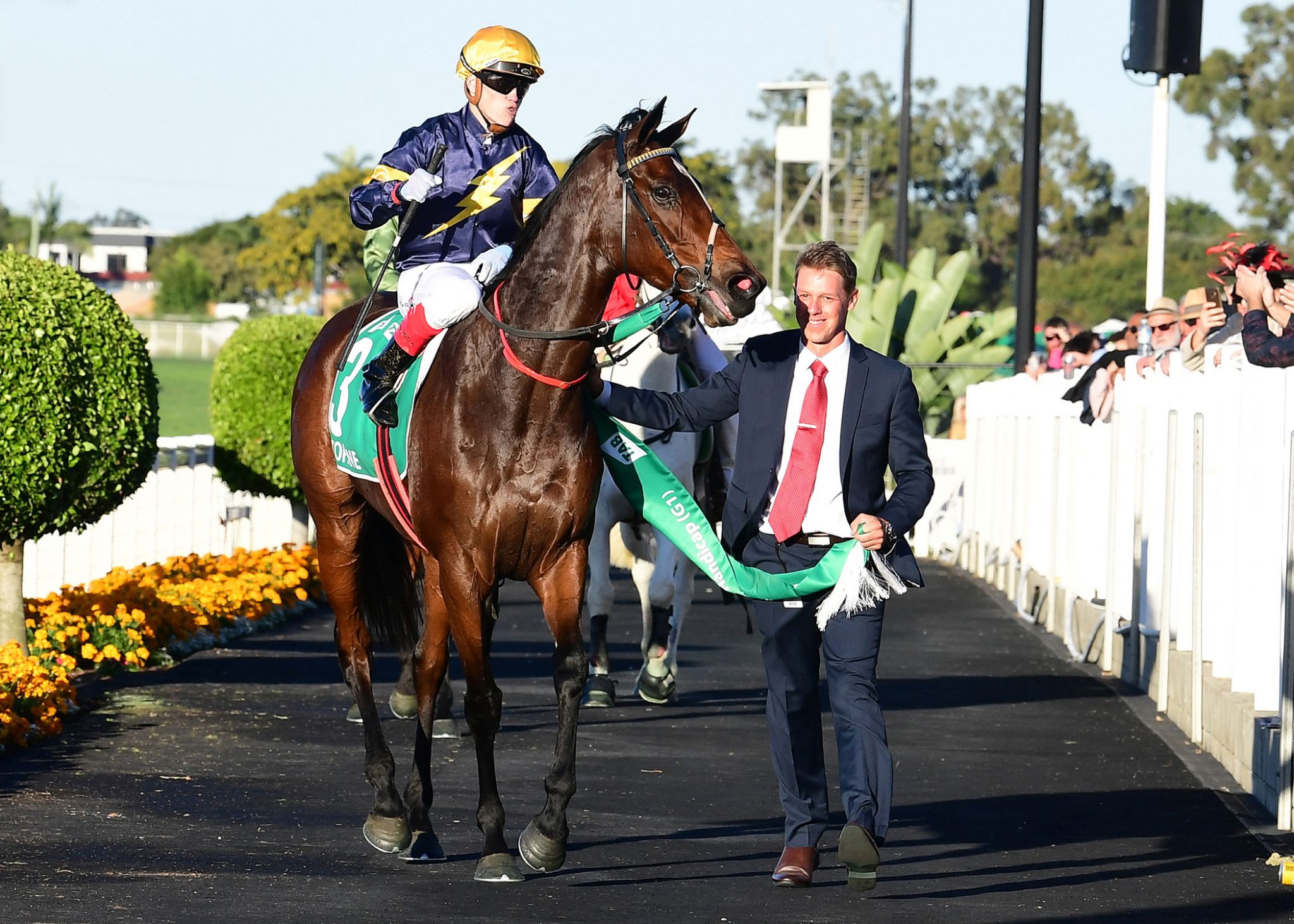 Triple Group One winner Tofane has plenty of options open to her this spring.

Trainer Michael Moroney was initially planning to extend the daughter of Ocean Park over 1600m for the first time, but a A$2 million carrot is now being dangled in front of the Flemington trainer in the form of the newly announced The Invitation (1400m).

The rich-spring feature, which is set to run at Randwick on October 23, could now be on the rising six-year-old’s spring agenda.

“If you could wish a race for Tofane, you would say that is the right one. She is unbeaten at 1400m, so it is tailor made for her,” Moroney told RSN927.

“We are going to be giving her a preparation that is looking at going further, but there will be a crossroads when we need to decide whether she is going to be able to go further or do we freshen-up and go to that race.

“It is certainly in our minds, but there is a bit of water to go under the bridge. But it is a race we certainly know is there and it is an ideal race for her.”

Originally set to go through the auction ring in May, the decision was made to keep Tofane in work, which paid dividends for her connections over winter.

She went on to finish runner-up in the Group 3 BRC Sprint (1350m) before winning back-to-back Group Ones in the Stradbroke Handicap (1400m) and Tattersall’s Tiara (1400m).

She now has three elite-level victories to her name after claiming the Group 1 All-Aged Stakes (1400m) last year.

Tofane was bred by Curraghmore’s Gordon Cunningham, who entrusted her to the care of Ballymore Stables’ Matamata barn, for whom she won her 820m trial. She was subsequently sold to Australian-based stable clients and transferred to Moroney’s Flemington barn where she has won seven races and more than AUD$2.6 million in prizemoney.

Meanwhile, Moroney has been pleased with the way compatriot and stablemate The Good Fight has come through his winning run in the Flemington Cup (2800m) on Saturday.

“He is really good, he is a lovely horse,” Moroney said. “I have trained a lot of High Chaparrals, they are all pretty quirky, but this bloke is really straight forward.

“He is out of a Zabeel mare (Pravda) as well, and I know she was quirky because she held up the (Melbourne) Cup the year Brew won it.

“This guy is very straightforward, you wouldn’t know you had him in work. He does everything perfectly – he eats, he sleeps, he works, and that’s him.”

The Good Fight was purchased out of Rich Hill Stud’s 2016 New Zealand Bloodstock Premier Yearling Sale draft for NZD$300,000 by trainer Shaune Ritchie, for whom he placed over 3200m in the Group 3 Wellington Cup last year and at his start prior to arriving in Australia won the Group 3 Rotorua Cup (2200m).