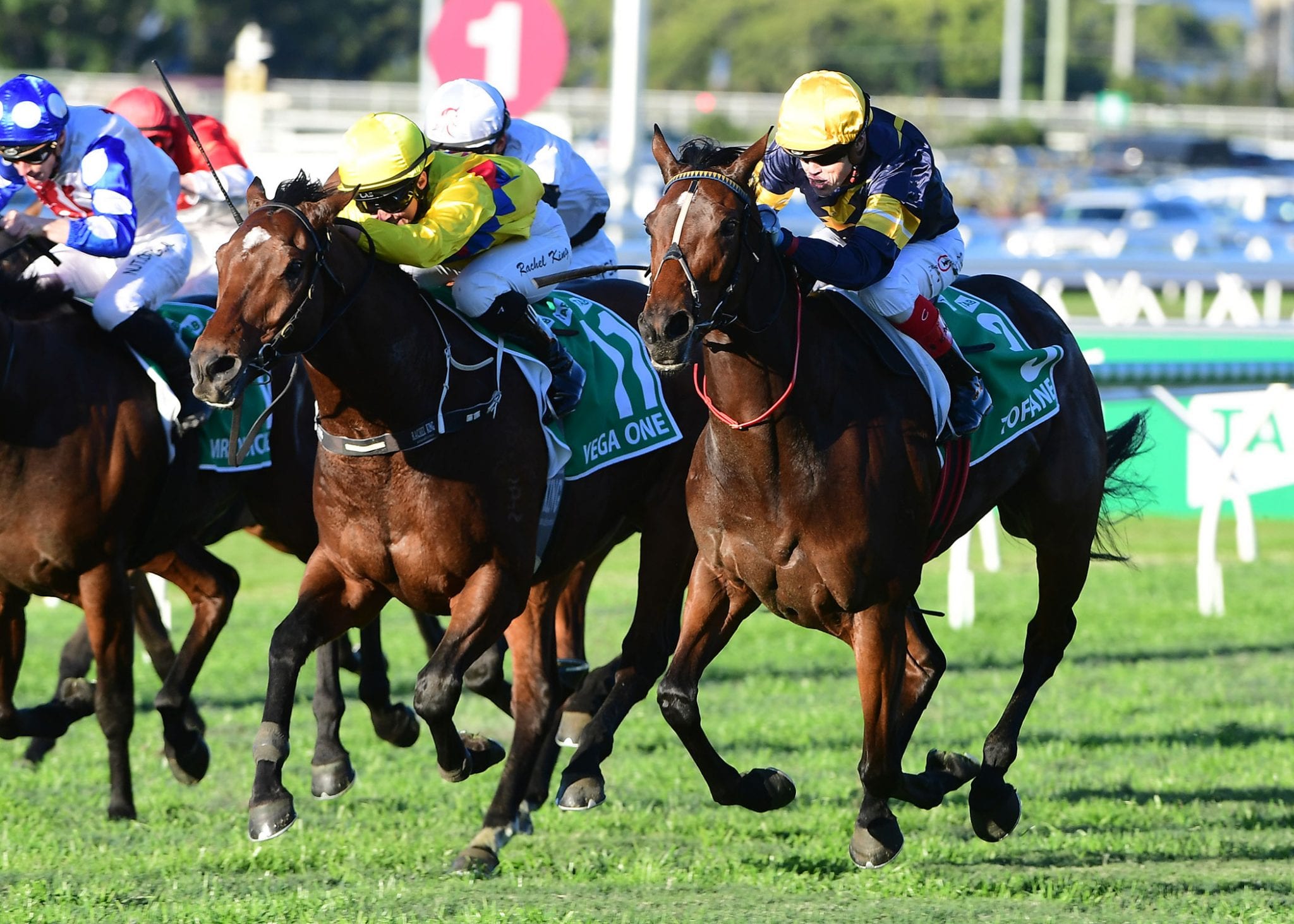 A third Group One scalp is in the offing for New Zealand-bred mare Tofane this weekend when she lines-up in the Group 1 Tattersall’s Tiara (1400m) at Eagle Farm on Saturday.

The daughter of Ocean Park won the Group 1 All-Aged Stakes (1400m) last year, and on the cusp of being sold as a broodmare last month, her ownership group decided to retain her and were rewarded with a second placing in the Group 3 BRC Sprint (1350m) and victory in the Group 1 Stradbroke Handicap (1400m) last start.

Trainer Michael Moroney is looking forward to heading to Brisbane to see his mare in the flesh after watching her progress virtually over the last few weeks as a result of the Melbourne COVID-19 lockdown.

“It will be great to see her again,” the trans-Tasman trainer told RSN927. “It has been two and a half weeks since I have seen her. I have seen a lot of videos and photos of her, but that is about as much as I have seen.

“I think most trainers are used to having this happen now. We have done our best and it has been working so far.”

Moroney has been pleased with Tofane’s form in Queensland and is hoping she will relax more in the running on Saturday.

“She has got speed and it’s just a matter of where we are going to slot in as to how we ride her,” he said.

“We thought the ones to beat were going to be in front of us slightly in the Stradbroke and with the speed on we elected to go forward and give her a chance. They did go pretty hard early, but we did the right thing in slotting in where we did.

“She did over race a bit, it surprised me because going at that sort of speed I thought she may relax a bit better.”

Back in his home state, former Kiwi galloper The Good Fight will make his debut for Moroney over 2000m at Caulfield on Saturday.

Formerly trained in New Zealand by Shaune Ritchie and Colm Murray, The Good Fight won the Group 3 Rotorua Cup (2200m) in his last start in his homeland before running eighth in the Listed Winter Cup (2400m) at Rosehill earlier this month.

He subsequently joined Moroney’s Flemington barn and he is looking forward to seeing how his new stable acquisition performs this weekend.

“He has settled in well,” Moroney said. “We are well aware that he has come off a bit of a campaign, and he has done a bit of travelling.

“I saw him win the Rotorua Cup and he won it very easily and quite impressively.

“He travelled down well from Sydney where Shaune had him. He had a bit of a flat run there, but he seems good enough.

“It will be interesting to see how he does go.”