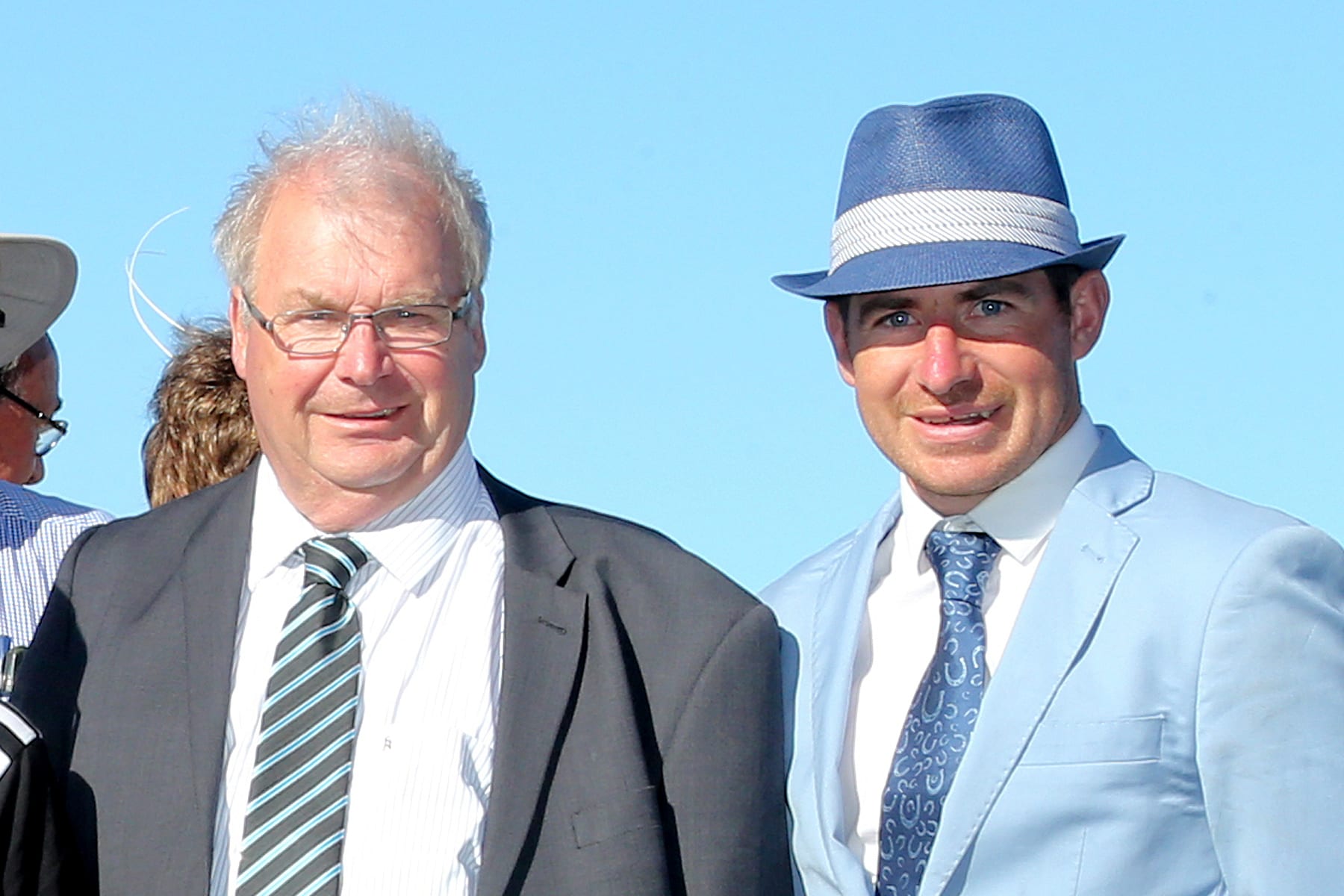 Trainers Michael and Matthew Pitman walked away happy men from Kurow on Wednesday after securing the quinella in the Kurow Cup (1400m) courtesy of Carson River and Enzo’s Lad.

Carson River settled midfield for jockey Samantha Wynne before finding the one-one outside stablemate Enzo’s Lad. The son of Swiss Ace quickly found the lead when turning for home and distanced his rivals to win by two and a half lengths from the late closing Enzo’s Lad.

Matthew Pitman was delighted with the result and said it was good for the public to see Carson River’s true talents. “Carson River has been showing for a long time that he can win some nice open class races. When he wins, he wins like a good horse,” he said.

“I thought Sam Wynne rode him really well today and he showed everyone what he could do. “He should go on with it now and be a very nice Open Class 1400m-miler. He will just target some other open class races over the summer period.”

Pitman was also pleased with the way Enzo’s Lad finished off the race under his topweight of 62kg, ahead of the Group 1 Telegraph (1200m) at Trentham next month. “We thought it was a massive run from Enzo’s Lad,” Pitman said. “It was a big weight to carry. He has just been crying out for firmer ground and that is why he goes so well at Trentham at this time of year.

“He just loves it when it is rock hard. He got a firmer track today and showed what he can do. It is hard to give horses that sort of weight, but we thought it was a really good run, particularly with the Telegraph coming up.”

The Pitmans were also victorious earlier in the day with Zakunda in the Benmore Merino Maiden (1800m), and Watchmaker won the Couplands Working Dog Handicap (1400m) in the Stewards room after interference from Tradition. “We are all competitive in this game and none of us like to win that way, but the interference was enough to put in the protest and I think he was always going to win the race,” Pitman said.

Watchmaker will now head to Trentham next month to contest the Group 1 Levin Classic (1600m). “He went really good in the Guineas (Group 1, 1600m) at Christchurch, so there is no reason why he shouldn’t contest another Group 1, and we think he will be competitive with the right draw and run.”

Pitman was also pleased with Zakunda’s win and he believes the four-year-old gelding has a bright future. “Zacunda is a horse we have always had a high opinion of,” Pitman said. “He has just taken a while to strengthen up and come to it mentally. He is starting to show now what we have always thought of him. “He is a classy stayer who could win some nice races later on in his career.”