Enzo on path to another Telegraph 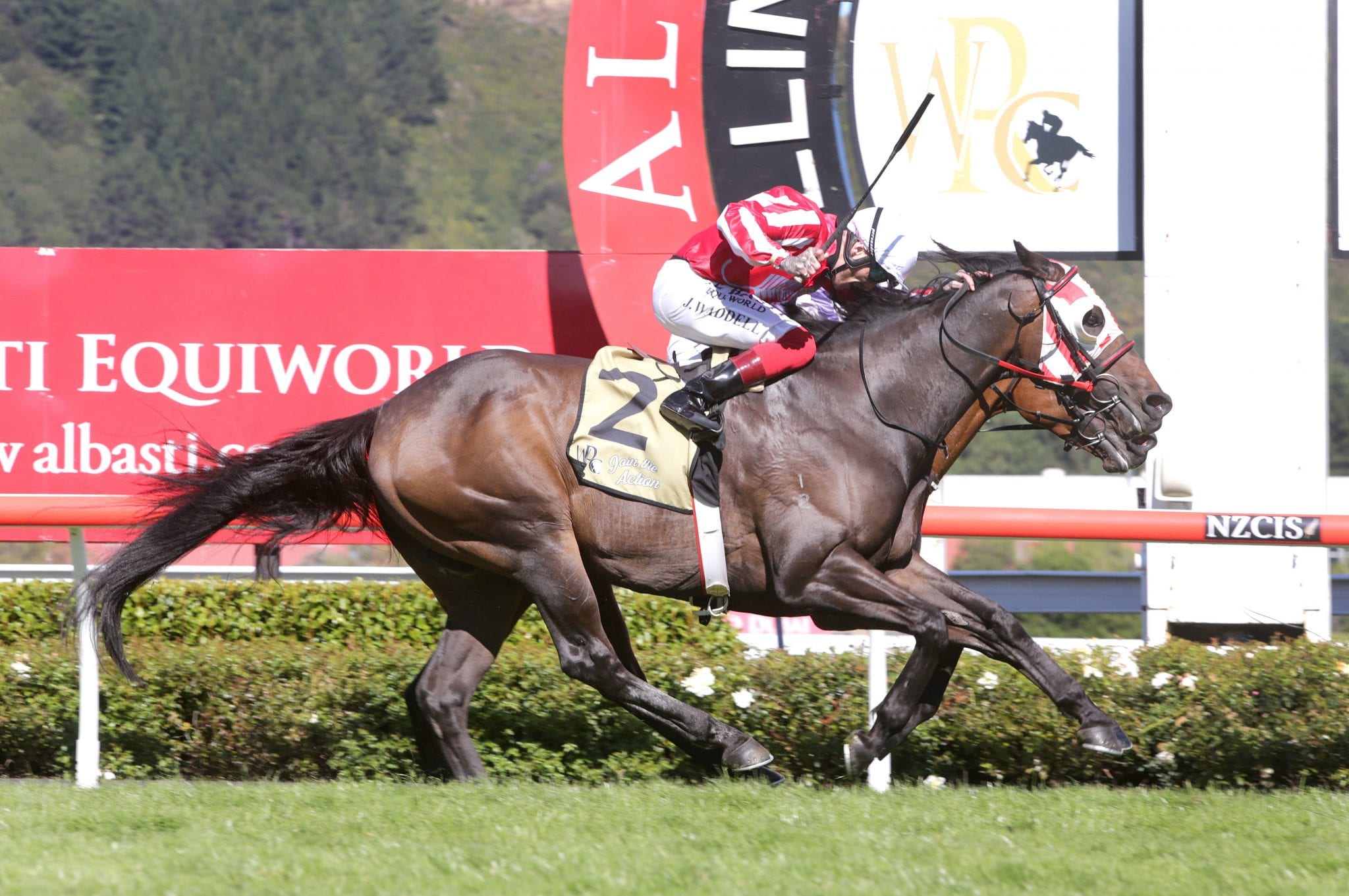 Riccarton trainers Michael and Matthew Pitman will have numbers in their favour as per usual at their home track meeting on Friday. The father-and-son training duo like to take full advantage of not having to travel their horses given Riccarton’s standing as the premier Southern track, and on Friday they will saddle as many as 17 runners before they venture north to Saturday’s Trentham meeting where they have a trio of acceptors.

Among the 17 is quality sprinter Enzo’s Lad, who will follow a well-worn path when he contests the Perfect Packaging Open Handicap (1200m). The eight-year-old is being set for the Group 1 JR & N Berkett Telegraph (1200m), a race that will be run under weight-for-age conditions for the second year, after previously being a handicap.

It is a race that Enzo’s Lad won under handicap conditions in 2018 and 2019 and then went within a short neck of making it a hattrick in the race when playing second fiddle to Avantage earlier this year. “He has to have firm ground but he needs racing as well,” Michael Pitman said. “I thought he went a cheeky race on an unsuitable track in the Stewards’ (Group 3, 1200m) and he wasn’t that far away. I was happy with him.

“We have been pleased with him since. He has plenty of weight to carry but he deserves to carry it, he has won two Telegraphs. “He has run in this race before and won this race before. Winning this race obviously won’t affect his weight for the Telegraph. “He is going here and then Dunedin (Listed Hazlett Stakes, 1200m). He will follow the path we have always followed.”

Pitman is looking forward to watching three-year-old fillies Da Vinci Girl and Seikrid contest the Skelton Brothers Maiden (1600m) “Da Vinci Girl comes back from the Guineas to a maiden, so she will find that a lot easier and we think Seikrid is potentially a stakes horse,” he said. “We have a certain amount of confidence in winning that race as they are both nice fillies that we have nominated for the Oaks (Group 1, 2400m) and will be better horses as the season progresses.”

The leading Southern stable, which is currently fourth on the national trainers’ premiership, sent their three Trentham-bound runners across Cook Strait on Thursday and they have got inter-island travel down to a fine art.

“We always work the horses before they travel on the 2.30pm or 7.30pm ferry. Then we give them a pick on the Friday, they don’t need to work,” Pitman said. “Hopefully being in the first three races they will be on the return ferry at 8pm and then back in Christchurch.”

Three-year-old Tavilight should cope with the Trentham surface, which was a Heavy10 on Thursday, where he will meet a competitive field in the NZ Campus Of Innovation & Sport Premier (1400m). “He is out of a Keeper mare which should help him. Both of his best runs have been on rain affected going — he won the middle day of Cup Week when the track was off. “He showed a bit and then we gelded him and he took a little while to recover. I think he is back on the right track. “We have a reasonable strike rate at Trentham and we only take them if we think they are winning chances.”

Of the other runners, Pitman said Carson River would relish the wet track, while he rated Straight Sets ($9.50) in the Hanley Formula Premier 1200 as the stable’s best chance. “I know he is racing out of his grade, but he won comfortably enough at Riccarton and it is only a seven-horse field and I don’t think it is the strongest field of the day,” Pitman said.

Meanwhile, Pitman is pleased with Group 1 New Zealand 1000 Guineas (1600m) runner-up Miss Tycoon Rose, who will contest Group 3 Lawnmaster Eulogy Stakes (1600m) on Saturday week at Awapuni. “Sam Wynne retains the ride next Saturday and we will be following a very similar path to what we did with Savvy Coup,” he said, with that outstanding filly winning both the Group 3 Lowland Stakes (2100m) and Group 1 New Zealand Oaks (2400m) after placings in the Karaka Million 3YO Classic (1600m) and the Group 1 Levin Classic (1600m).