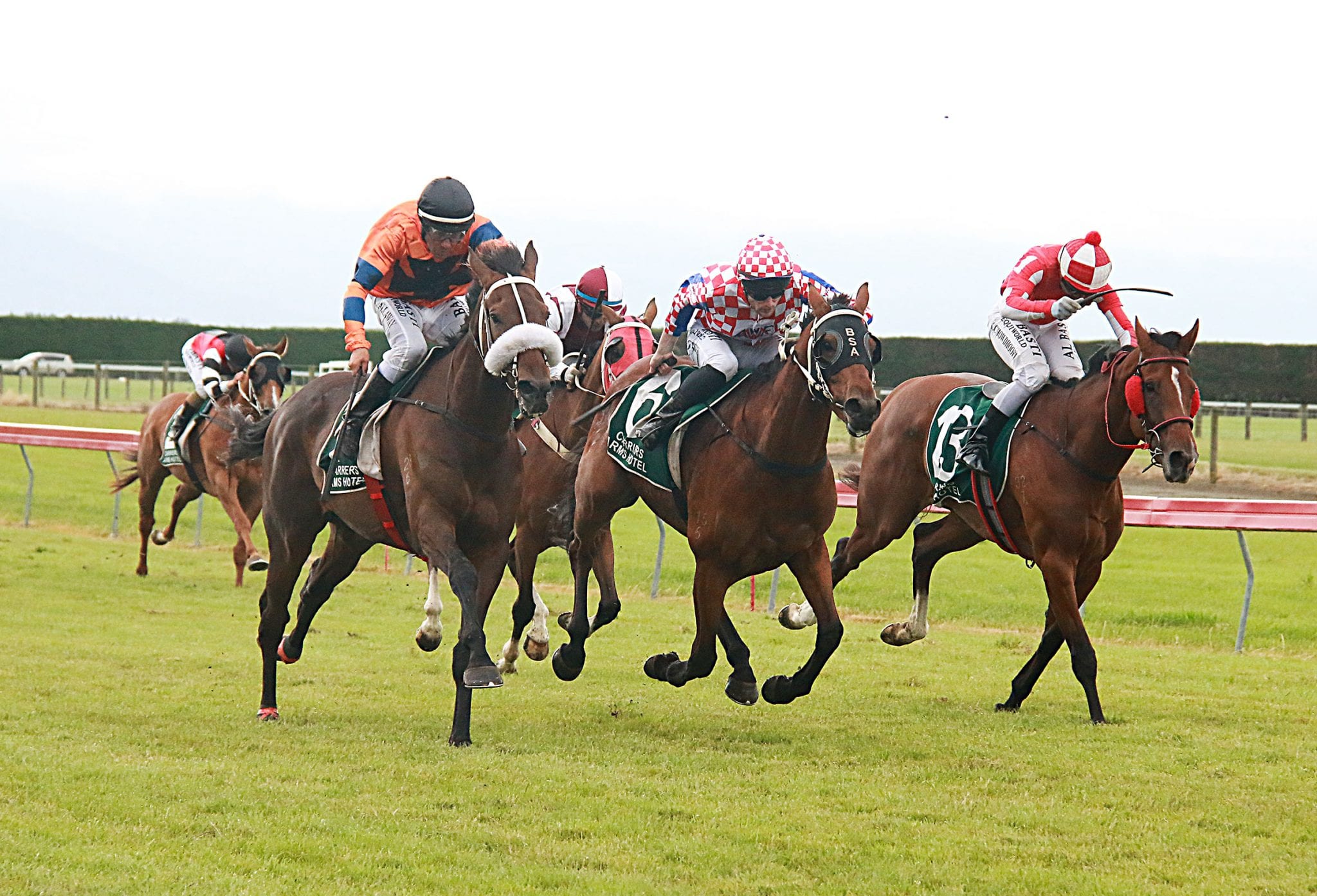 The daughter of Zacinto has placed in all three of her starts since her 11th placing in the Group 1 New Zealand 1000 Guineas (1600m) in November, and her trainers believe she is a big chance in breaking maiden company in the Clubs New Zealand 1600 on Saturday.

“Da Vinci Girl has always been a filly that we have earmarked for the Oaks. We ran her in the Guineas with a view to that,” Matthew Pitman said. “We are a firm believer that if you want to take on the best you have got to do so early. It hardens them up for what you target later on.

“That has been our mindset with her early on. She is a genuine mile and a half horse, so the distance of the Oaks is ideal. “She is going to Trentham this time to give her a chance to look at the course and pick up a nice maiden race if she can get the job done.

“She has drawn (1) to get a nice run and she has been knocking on the door in her last few runs. “She is a horse we have a reasonably high opinion of and she will go close to getting the job done on Saturday.”

Group One-winning stablemate Enzo’s Lad will be aiming to get his preparation back on track in the Papakura Club 1400, with a start in the Group 1 BCD Group Sprint (1400m) at Te Rapa next month on the line.

The eight-year-old gelding finished ninth in the Group 1 Telegraph (1200m) last weekend and Pitman is expecting an improved performance on Saturday. “He’s come through the race really well,” Pitman said.

“Unfortunately, he just fumbled at the start and they went a bit quick for him the other day to stay in touch. Sometimes the old fella, when he gets back in the field, he can be a bit non-competitive.

“We think he went fair enough and it is a big drop in class back to what he races on Saturday. “I think the 1400m suits nowadays and he gets two kilos off with the in-form apprentice Hazel Schofer. He has got a lot of pluses there.

“We will take a read after Saturday. We were confident he would run a good race in the Telegraph and we were going to push on to the sprint at Waikato if he had done. “We have had to reassess that since then, but we have options. There is a 1400m stakes race at Riccarton next week and there is still the Group One if he was super impressive. “We will see what happens on Saturday.”

Golden Harvest will round out the Pitman representation at Trentham in the Taupo Cosmopolitan Club 1200. “Golden Harvest is a horse on the way up and he has shown a lot of potential,” Pitman said. “We think he can be competitive again, he has drawn (2) to get a nice run.”

Further south on Saturday, Pitman will have two runners in the Listed Liquorland Gore Guineas (1335m) – Lovebug and Tavilight. “Lovebug has always been a 1000-1200m horse,” he said. “She has shown she has a few more feathers in her cap now.

“She has always been an on-speed horse, but due to her draw at the Coast she was forced to go back at Kumara and we thought she went a really honest race. “It was after that run that we decided to push onto the Gore Guineas and she has always been competitive in that company. We are lucky to have Tina (Comignaghi, jockey) to stick with so that has got to be a big asset.

“Tavilight is a work in progress. He has a lot of potential. “He is a horse who probably wants more ground, he might be suited better to something like Dunedin Guineas (Listed, 1500m). But he is drawn (4) to get a lovely run and if he is near enough to them turning for home then I think he is a really good each-way chance.”