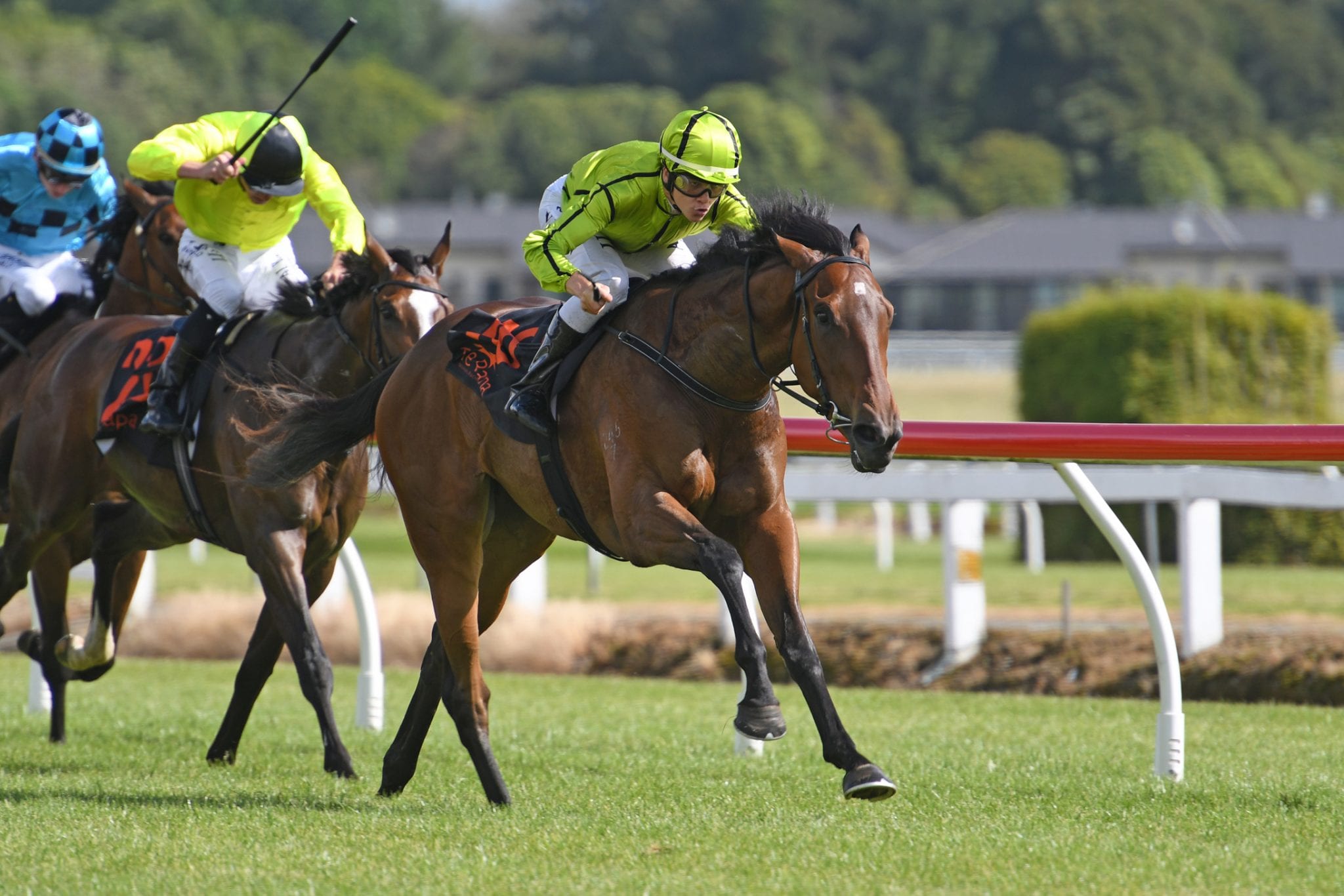 A dose of the real world and some time to clear his mind has proved the catalyst for talented apprentice jockey Wiremu Pinn to make his way back to racing, and the 22-year-old is keen to grasp the opportunity with both hands.

A once troubled South Auckland teen, Pinn’s first exposure to horses came via equine therapy as part of a process to deal with the death of a close friend. On the recommendation of a guidance councillor, the then 15-year-old with a feather-weight frame was put in touch with Te Akau Racing with a view to becoming an apprentice jockey.

Under the guidance of Stephen Autridge and Jamie Richards he proved to be a natural in the saddle, but behavioural issues intervened. With the support of National Riding Mentor, former champion jockey Noel Harris, he was given a second chance when sent to New Plymouth trainer Allan Sharrock, noted for harnessing the talents of some of New Zealand’s best riders, including former wild child Michael Walker.

The gifted youngster would ride 32 winners under Sharrock’s watch but dramatically quit the sport in February 2019 and looked like yet another wasted talent whose potential would go unfulfilled. But the kid from the wrong side of the tracks is back and he is keen to make amends, recognising that third chances don’t come around very often.

Pinn has notched three victories from 39 rides since his return and importantly the three-kilo claimer has lost none of his poise in the saddle. A young father, Pinn is apprenticed to good friend Daniel Miller in Matamata, and has plenty of reasons to make the opportunity count.

“I had to get my head in the right space to come back and make a living for my family,” Pinn said. “I have a three-year-old son who turns four in April. “I always wanted to do it. I just wasn’t in the right head space at the time. Now that I have had that time off it has done me good. “It one hundred percent made me appreciate the racing industry.”

As part of the real-world experience, Pinn spent time working on dairy farms as well as painting before joining Miller, a young trainer on the rise, whom he’d met when working for Te Akau. “Daniel has been a good mate of mine for a long period of time,” Pinn said. “He needed a worker at the time, so I was originally going to just work for him but then I ended up becoming his apprentice.

“I ride work in the mornings at Matamata and on Fridays we swim everything, so Daniel lets me go ride at Cambridge or Te Awamutu — wherever I need to be. “I am getting quite a bit of support, which is surprising. I thought I would struggle coming up here, not being in the Central Districts. I didn’t think my support base would be very good but everyone seems to be giving me a good go, which is good. “I felt like I had let a lot of people down and I don’t think I was a very good person. I had quite a bad reputation.”

Pinn is doing things differently this time around and has surrounded himself with a good support network, which includes manager Mason Stevens, while he is also calling upon external help. “I grew up in Manurewa and I had never had a job in my life. I came pretty much off the streets. I lived in the hood all my life and coming to such a professional job was such a big change for me,” he said.

“I think now I’ve had the time off and I have my head right, I am happy. When I did have the break, it hit me, I realised I missed the game and I do want to be a jockey. “Going out into the real world and seeing those shitty jobs that you have got to do for no money made me really appreciate racing and the opportunity I have. “I know it is my last chance. New Zealand Racing was pestering me to come back after I left. I got offers to go ride in Australia as well, but I said to everyone I am not coming to back until I am mentally ready to come back.”

One of the many helping to sharpen the skills of the gifted rider both on and off the track is Noel Harris and Pinn said he regularly calls upon his expertise. “Noel is a good guy. He teaches me a lot and is someone that has always been there for me. It is good to have his support with all the experience he has under his belt. Any advice from him is good,” Pinn said.

“Daniel is my mentor. I tell him everything. “I’m also getting professional help. I see a lady called Dianna Young once every couple of weeks. She is a counsellor for New Zealand Racing. “I go see a sports psychologist once a month too. I am getting a lot of professional help and surrounding myself with good crowds to keep me on the right path and not go off the rails like last time. “It was all just a build-up and then I just went bang.”

A natural lightweight, Pinn weighs just 50kgs. “I’m lucky in that regard. I could eat a buffet dinner and then ride 50kgs on Saturday.”

Despite it being only early days into his comeback, Pinn is confident he has already come across a pretty smart horse in the Shaune Ritchie and Colm Murray stable. “I’m looking forward to riding Samina Bibi in the Eulogy (Group 3, 1660m) at Awapuni on Saturday. I think she is a very good horse. She is definitely one to watch out for.”