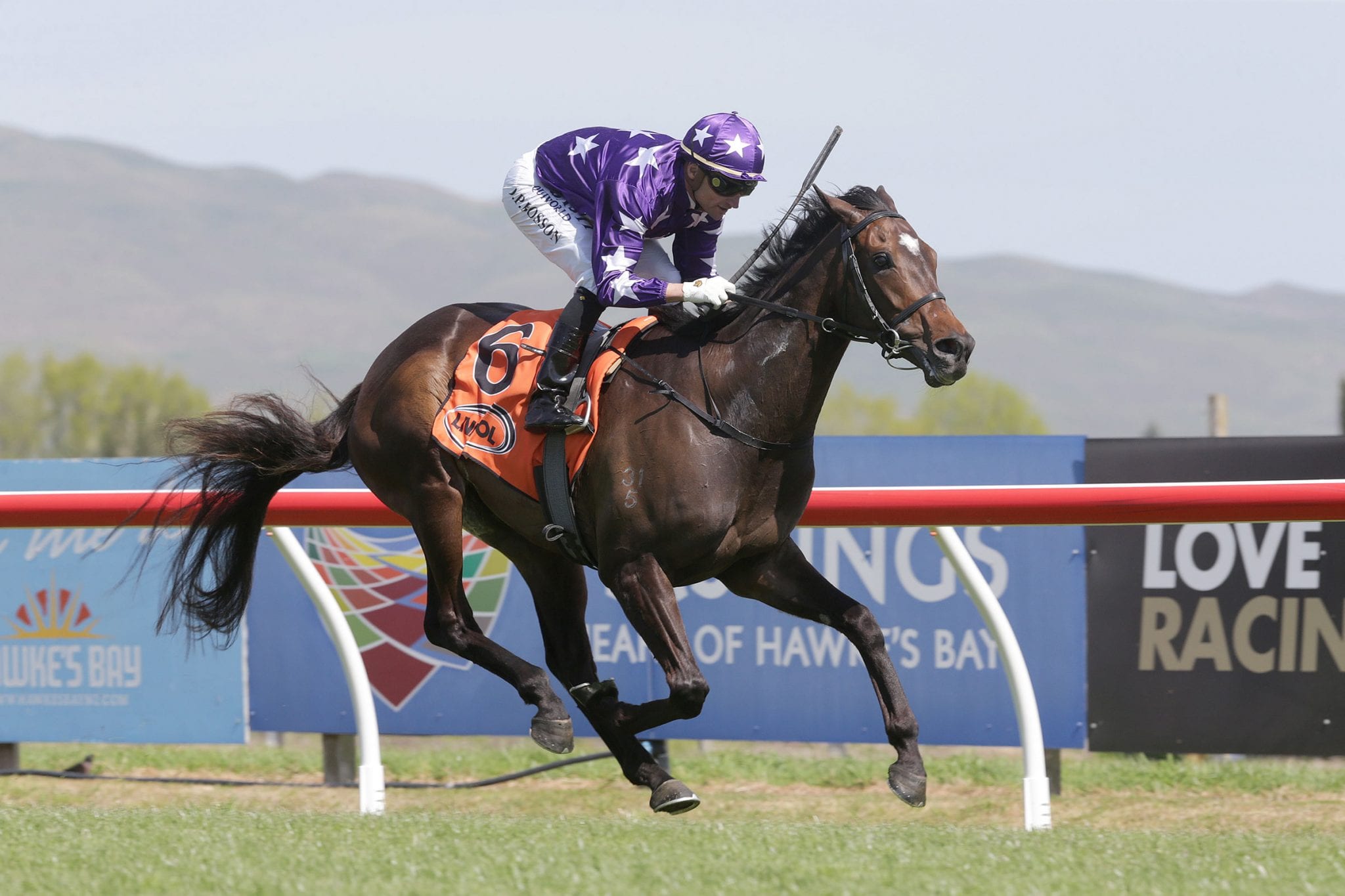 Trainer Shaune Ritchie couldn’t wait to get his toes in the sand at Waitarere Beach as he went about putting the final touches on his four stable runners set to compete at the Wellington Cup meeting at Trentham this Saturday.

Ritchie is a firm believer in the benefits that beach work can provide for travelling horses in the days leading up to their assignments, having utilised the opportunities presented at Ruakaka, Woodend Beach in Christchurch and for a number of years now, the pristine setting at Waitarere Beach south of Foxton.

“All of our horses that are going to Trentham galloped at home on Tuesday morning and headed down to the beach on Wednesday,” he said. “We get a lot of good results when we give them some time in the water a few days before they race. “They seem to love the change in environment, they relax and for the older horses it helps cool their joints.

“You can see when they have done some work, their veins are standing out which has the blood pumping and the red cells going, which is great for their circulation and the like without putting any strenuous pressure on them.”

Ritchie and training partner Colm Murray have two runners entered for the Group 3 NZ Campus of Innovation & Sport Wellington Cup (3200m) on Saturday with The Good Fight and Swords Drawn providing them with a strong hand in the race.

“The Good Fight was narrowly beaten in this race last year after being shuffled back at exactly the wrong time and has been a model of consistency over the past season,” he said. “With the right run I think he can be very competitive and has the gun jockey in Danielle Johnson aboard.

“I’m just not sure what the best distance is for Swords Drawn as he has won fresh-up at a mile, won with a big weight over 2200m and then was hitting the line well over 2400m at his last start. “Whether he can run the two miles I just don’t know, but he is by Camelot so you would think he should. “They are however, going to run into a pretty hot favourite (Waisake) with a gun trainer (Allan Sharrock), so they have a tough task ahead of them.”

Ritchie will also tackle stakes company for the second time with Reliable Man filly Samina Bibi who will step out in the Group 3 New Zealand Bloodstock Desert Gold Stakes (1600m) after suffering a setback during the running of the Group 3 Eulogy Stakes (1600m) at her last start.

“She (Samina Bibi) won her first race very impressively after sitting three wide and then disappointed on the face of it in the Eulogy,” he said. “She was seven wide into the straight and when I questioned Wiremu (Pinn) about the ride he said she had hung all the way around the home bend.

“She pulled up with a torn muscle in her hindquarters, so I would ignore that effort when assessing her for Saturday. “I’ve always thought she was my New Zealand Oaks (Group 1, 2400m) filly and that’s why she is running in the Desert Gold as it is an important lead-up race to get to the Oaks.”

Ritchie will also line-up last start Tauranga winner Duneagle in a rating 74 1000m contest and is expecting a good performance on the roomy Trentham track.

With the hectic racing schedule over the Christmas period and the demands of the National Yearling Sale behind him, Ritchie is taking the opportunity to spend some quality time with his family, who are accompanying him to Waitarere Beach. “I haven’t had a lot of time with the kids over Christmas so they are coming with me for a couple of days which will be a fun time,” he said.

“We get down there, build a teepee and play a bit of soccer, which I win every time as I don’t like losing. “The kids love it as there is a crackerjack fish and chip store down there as well, while they also enjoy going to Wellington Cup day.”