Pike’s Puysegur purring ahead of Lightning 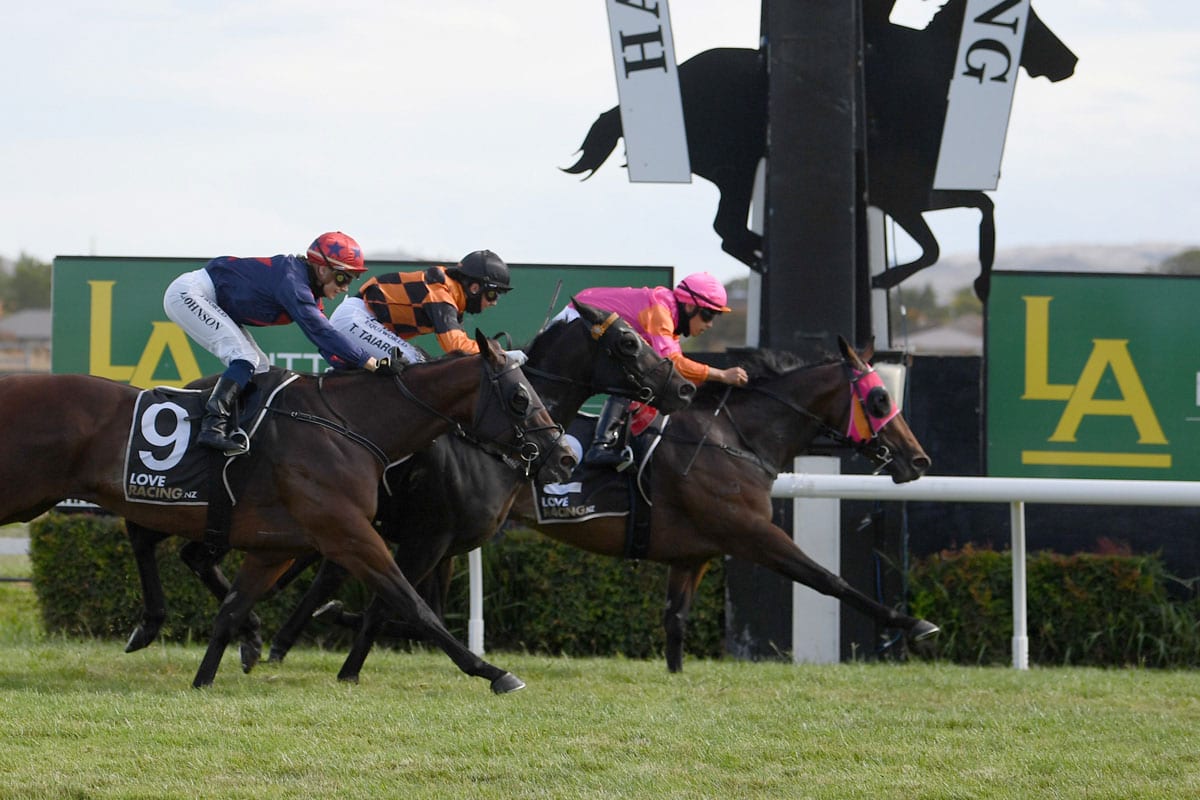 Cambridge trainer Tony Pike is gearing up for a busy weekend of racing, where he will saddle runners at Trentham and Tauranga on Saturday, and as many as five starters at Te Aroha on Sunday.

The last-start Hastings winner will carry 53kgs in the open handicap which is headed by multiple Group One winner Enzo’s Lad who will carry a 60kg impost.

“She was a bit big in condition that day, heading into Hastings. Obviously, it is a step up in grade but she is a pretty progressive mare and she was good at Hawke’s Bay,” Pike said.

“She has trained on well since then, and although she has a bit of a tricky gate (barrier 8), it looks a good opportunity to get that black-type win. She is already stakes placed and it would be nice for Willie and Karen Calder (owners and breeders) if we could get a black-type win for her this season.”

Pike said Saturday’s contest was the target race for the four-year-old mare this autumn, but he believed there was more in store further down the track for the daughter of Fastnet Rock.

“There are a couple of fillies and mares races coming up a bit later on, but we thought even next season, given she is lightly raced, she could get through to some high level sprints and mile races,” Pike said.

“If we could land this Listed on Saturday, that would cement her value at stud and if she could train-on next season and pick up something a bit better, then she is a very valuable mare going forward.”

Pike also has good chances with Sacred Option (race 3) and Prince Of Tallin (race 9) at Trentham.

“Sacred Option is just starting to settle, she used to go a bit fierce in her races. I thought the straight six (furlongs) at Wellington will suit and it is a small and probably not overly strong field,” Pike said.

“Prince Of Tallin looks like a really nice staying three-year-old. He has always wanted to do a hell of a lot wrong, hence he had about six barrier trials before he got to the races. He is a big raw horse that has got plenty of talent.

“He got a lovely ride from Kozzi Asano at Hawke’s Bay on debut and put them away nicely late.

“I think the step up to a mile, especially on the big track, will be ideal. He is a big-actioned horse that we think will get over further.”

Pike said Asano, who still has a 1kg claim had been a good assist when riding for the stable throughout the season, particularly at the lower end of the weight scale.

“Kozzi seems like a pretty talented young guy who can ride light. He has done a very good job for us this year,” he said.

“Any sort of weight off their back is good but he just looks like a nice patient rider and he is a kid that I think can definitely make it given the right opportunities.”

“Sherwood Forest is flying,” Pike said. “His fresh-up run at Hawke’s Bay was great. He has another awkward gate (9) on Saturday. His first target race is the Awapuni Gold Cup (Gr.2, 2000m) in two weeks so just how Troy (Harris) rides him from that gate, with 62kgs, we will just have to see the tempo of the race.

“Based on his trackwork, even with the weight, if he gets the right trip he will be competitive and this will top him off nicely for the Awapuni Gold Cup.

“Beauty Star doesn’t have Sherwood Forest’s ability or class, but he is very genuine and is likely to roll forward and should be hard to roll with the pull in the weights.”

Meanwhile, Pike has reported that promising three-year-old Tar And Cement has been sold and will continue his career in Hong Kong.

The son of Reliable Man was dominant in his two starts to date and continues the talent exodus from the stable, which includes recent Group 2 Phar Lap Stakes (1500m) runner-up The Irishman, who will also eventually race in Hong Kong, while Group Two winning juvenile Stormy has also been sold to Hong Kong.

“Probably with missing Queensland last year and still a little bit of uncertainty around travel to Australia we have decided to trade a few more than what we usually would,” Pike said.

“We still have a lot of really nice young horses in the stable and once there is more certainty with international travel, we would look to keep some of the better ones if we think they are up to Australian class.”

Pike will have a number of promising young horses step out at next week’s Taupo trials, while Listed winning three-year-old Tellall is another week away from entering the stable after a short break and will potentially be aimed at the Queensland Carnival.