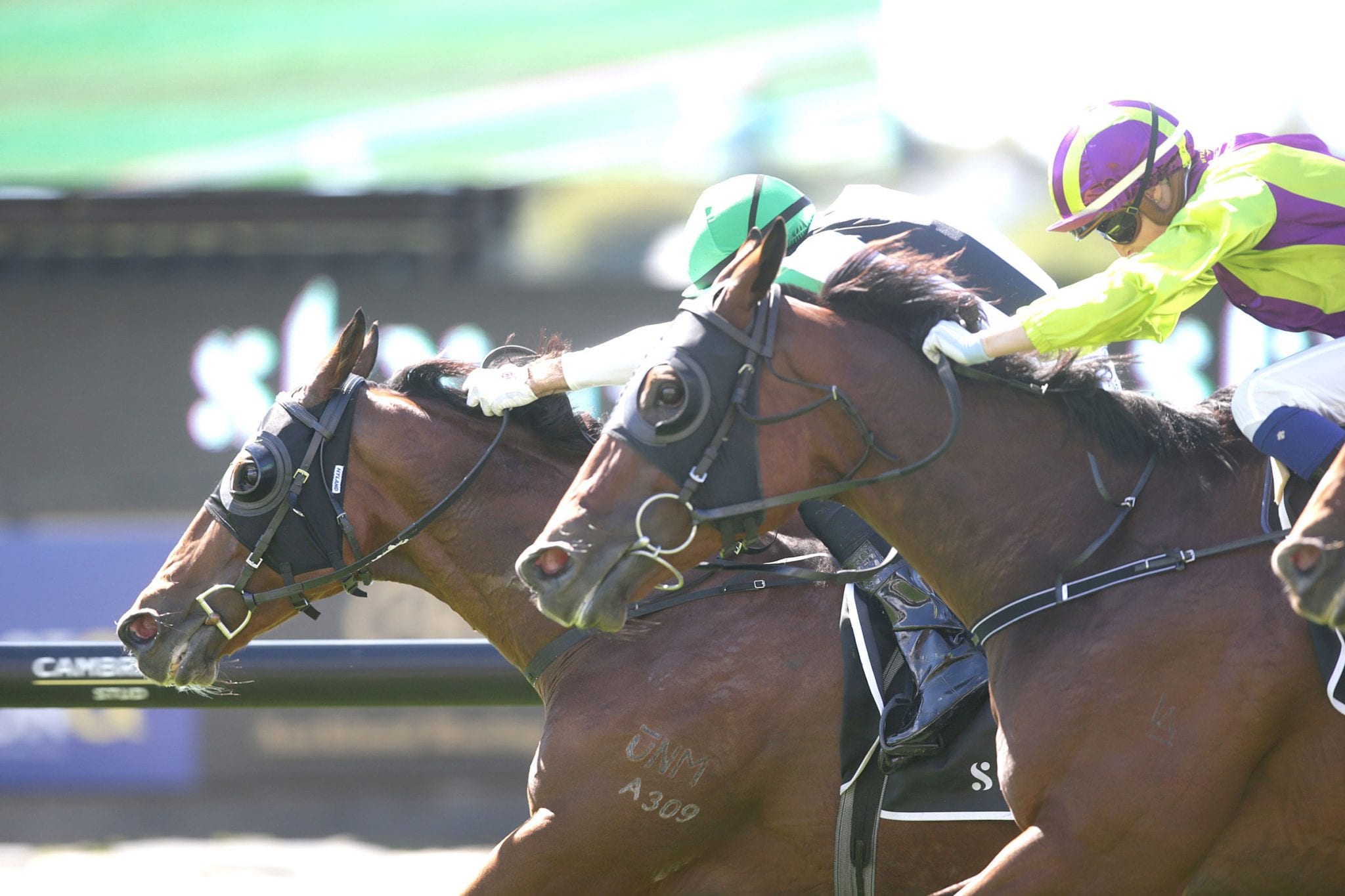 Promising filly Sacred Option may have booked a place in the Group 3 Cambridge Breeders’ Stakes (1200m) at Te Rapa next month after she produced a whirlwind finish to claim her second career victory at Awapuni on Saturday.

The daughter of Sacred Falls looked likely to run an eye-catching second in the three-year-old 1200m contest when spotting pacemaker Hold The Press several lengths with 200m to run, but emerged late to nab the tiring leader in the concluding stages.

The victory was the first of a winning double for trainer Tony Pike who also had honest performer Beauty Star win over 2100m at Ellerslie, with the Cambridge conditioner pleased to finally see the Raffles Racing-owned Sacred Option put it all together on raceday.

“She’s been a handful in the past as we have had trouble getting her to settle in her races,” Pike said. “She has been improving all the time and has been a hell of a lot better lately.

“That was probably the best she has been on Saturday and she handled what was a very tricky surface nicely.

“She had finished off well at her previous run at Trentham despite a tough trip that day, so she is obviously heading the right way.”

Pike is keen to step Sacred Option up to better company with the Breeders’ Stakes on his back door step an ideal option.

“Just where she is going to get to this preparation we don’t know, but she has beaten a handy field and deserves to have a go at something better,” he said.

“We’ll look at the Cambridge Breeders’ Stakes and give her a shot at some black type.

“Now we’ve got her to settle she is definitely a chance to perform in better company.”

Pike had been hoping to line up last season’s Group 1 New Zealand Derby (2400m) winner Sherwood Forest in the Group 2 Awapuni Gold Cup (2000m), but once he saw the predicted slow track conditions, made the decision to scratch and wait for another day.

“He (Sherwood Forest) is hopeless on that sort of ground and I’m glad we made an early decision not to run him,” he said.

“He will have an exhibition gallop at either Te Aroha or Pukekohe next weekend and then we might have a crack at the Hawke’s Bay Cup (Listed, 2200m) the week after that.

“He’s a better horse going left-handed and if we are happy with the way he is progressing there are two or three nice races in Melbourne that he could go over for.”

Pike was also delighted to see Beauty Star win again after putting in two good efforts for minor placings since resuming from a summer break.

“He’s a genuine stayer and had done a good job over shorter distances in his first two races this time in,” Pike said.

“Leith (Innes) had to take off on him quite early, which probably set him up to get run over by the closers, but he stuck to his guns for a good genuine win.”

Pike also reported that star sprinter (The) Bostonian was progressing nicely at owner David Archer’s property and could rejoin the stable later this month.

“Bostonian is having a quiet trot and canter up at David Archer’s place and is likely to come down to us in three or four weeks,” he said.

“We’ll tick along quietly over the winter and if all goes well, we could head to Sydney in the spring.”