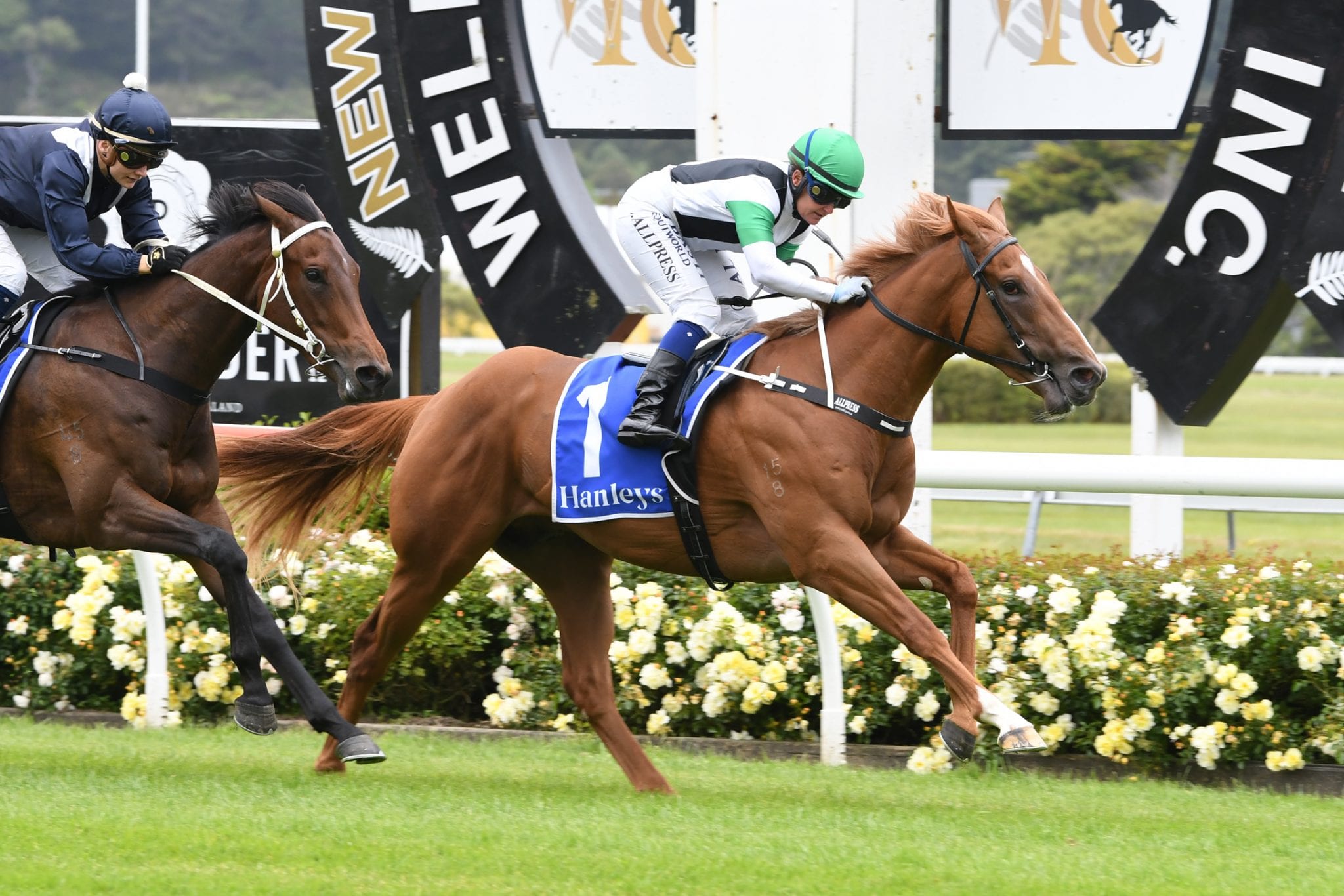 There’s an irony in the expectation of performance from Tony Pike’s pair of Group 2 Barneswood Farm Eclipse Stakes (1200m) runners Khufu and Stormy that’s not lost on the Cambridge trainer.

TAB bookmakers have hype-horse Khufu as a +160 second favourite for the two-year-old feature behind impressive Te Rapa debut winner Sword Of State at +110 despite it being his first start in a field chock-full of race winners.

Among his rivals is +600 third favourite Stormy, who is unbeaten in two starts, the most recent an all-the way win in the Group 2 Wakefield Challenge Stakes (1100m) at Trentham.

“Khufu is going into this race with a reputation that win, lose or draw, he’s not going to enhance, no matter how he runs,” Pike said.

“He’s at +160 having his first race in a field with some pretty smart ones in there. Don’t get me wrong, he’s very talented and we all know that from seeing his trackwork and trials, but you have to take that first-up to Ellerslie, which we know isn’t an easy task.

“No doubt he’s got the ability to come out and win it but it’s never easy to win first time around Ellerslie as we all know.”

American Pharoah colt Khufu has had three trials for two wins, most recently winning an 800m two-year-old heat on the Cambridge all-weather track by eight and three quarter lengths in a time more than a second faster than the next quickest juvenile heat on the day.

A hamstring injury has prevented Khufu from making his debut before now and that has put pressure on him to finish in the placings to give him his best chance of qualifying for next month’s $1M Doubletree By Hilton Karaka Million 2YO (1200m) at Ellerslie.

There’s no such pressure on Telperion colt Stormy, who is ineligible for the Karaka Million as he is raced by his breeders Geoff and Heather Nicholls and didn’t go through the sales. “He’s going from strength-to-strength. He was a little wayward down the straight at Trentham so we’ve put blinkers on for this run to make him concentrate a bit more,” Pike said.

“He’s totally the opposite to Khufu in that he’s going into the race a little under-rated. We took him to Ellerslie on Boxing Day and worked him in company with Tellall and he went really well. We’re really happy with them both.”

“Tellall is a very laidback trackworker but we took him to Ellerslie to wake him up and he worked really well. He wakes up on raceday and Michael (McNab, jockey) was rapt with his work. He’s a horse that has just got better with each run,” Pike said.

TAB bookmakers have Tellall as a +130 favourite in the three-year-old feature, which could lead to a start in the Group 1 Levin Classic (1600m) at Trentham on January 16. “We’d be disappointed if he didn’t go close on Friday,” Pike said.

A Sacred Elixir win would spark emotional scenes as the former age-group star only returned to racing this month after three years on the sidelines with what had looked a career-ending tendon injury. “He’s going well, the old boy,” Pike said.

“It would be a fairytale coming back from his tendon injury but we were really happy with his first run back and he’s dropping in weight for this. It wouldn’t surprise me if he ran a cheeky race.”