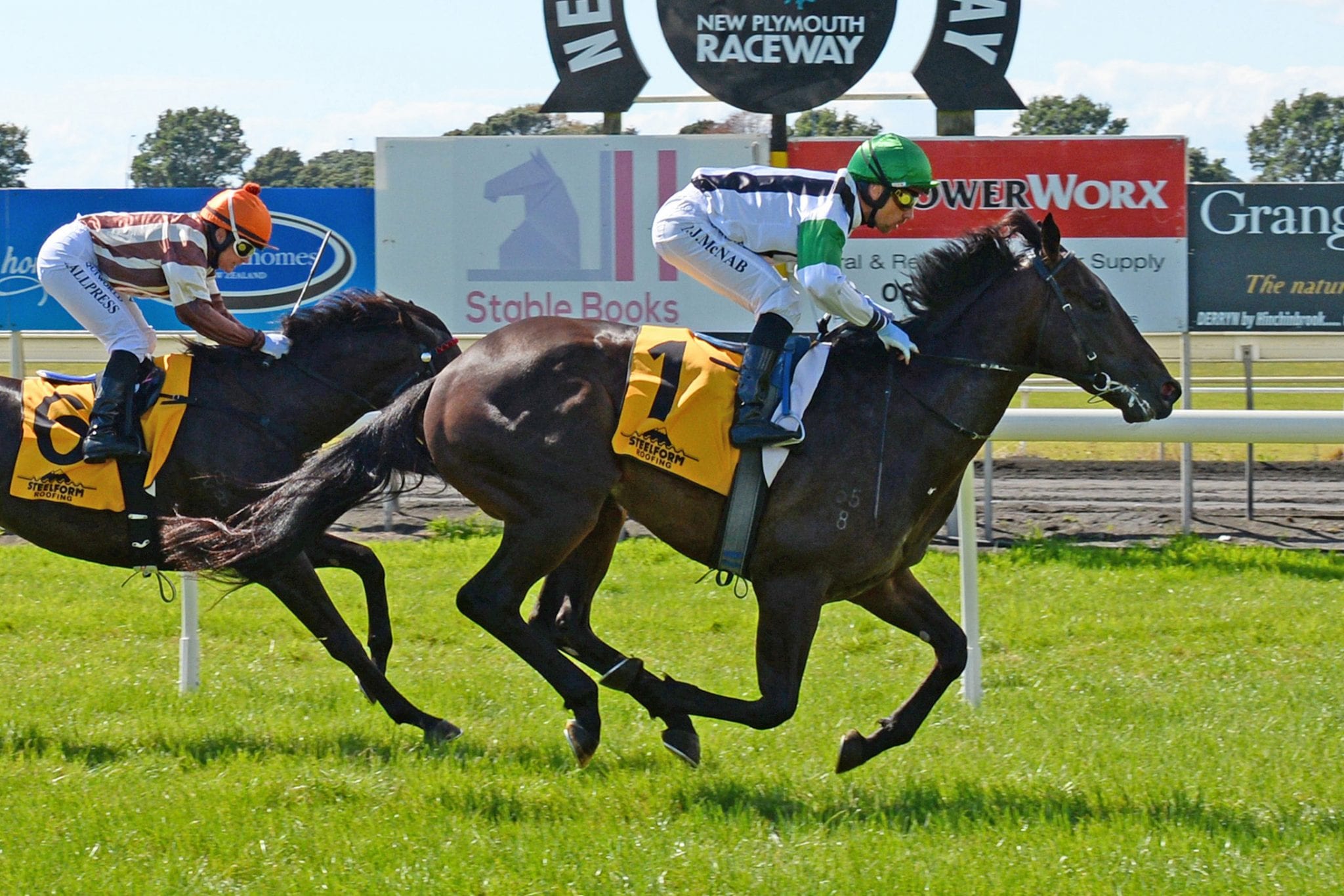 The Tony Pike-trained Rangi Toa was an impressive debut winner of the Kasa Bloodstock 2YO (1100m) at New Plymouth on Friday, and has the makings of a horse with plenty of ability.

The son of Shamexpress was sent out favourite on the back of an impressive trial victory at Rotorua but was caught deep throughout after drawing the outside barrier, yet still proved too good under rider Michael McNab.

“We didn’t really want to start from gate nine, but there weren’t many options coming up to kick his career off,” Pike said.

“We’ve always had a pretty high opinion of him and his trial was good. Not many two-year-olds can sit three and four deep the entire trip and still win reasonably comfortably.

“He looks like a promising two-year-old and I think he’s only going get better when he gets over a touch further as well. He’s a lovely big strong colt and he’s obviously got a pretty good future.”

“That’s probably going to be the race to decide what his immediate future is,” Pike said.

“If he happened to just win nicely, he probably goes to the paddock and comes back to look at Guineas races as a three-year-old. But if he happened to be super impressive over 1300m at Hawke’s Bay then we’ll give consideration to taking him to Brisbane for races like the Sires’ Produce (Group 2, 1400m) or even the JJ Atkins (Group 1, 1600m).”

Rangi Toa was a $105,000 purchase at last November’s New Zealand Bloodstock Ready To Run Sale from the draft of Riversely Park.

“He breezed up very well. A new owner, Rob de Courcy, had just come back to live in New Zealand from working in Hong Kong and was keen to get into a racehorse.

“We had four or five picked out off the breeze ups and he was last one that went through the ring and the only one we could afford – we got blown away on the rest.

“He was a big strong colt and breezed up really well, so he ticked all the boxes and we got him at a reasonable price range as well.”

Meanwhile Pike will have a couple of runners at Tauranga tomorrow, including promising filly Marchioness who will clash with Group 1 New Zealand Derby winner Rocket Spade in a strong three-year-old race.

“Marchioness is a promising filly, we’ve always had a really high opinion of her,” Pike said.

“She still wants to do a fair bit wrong, but she’s a really progressive filly. It’s a massive step up in class tomorrow against the likes of Rocket Spade and Tina Again but she’s likely to roll forward in a small field and it’s going to give us a bit of a line on where we’re heading in the immediate future with her. I think she’s going to better things but whether it’s this preparation, we’ll find out tomorrow.”

He also hopes last season’s Group 1 New Zealand 1000 Guineas winner Loire can recapture her best form in the J Swap Contractors Bay Of Plenty Cup (1400m), with Pike bypassing a race last week due to her bloods being off, but happy with the way the mare has responded to treatment.