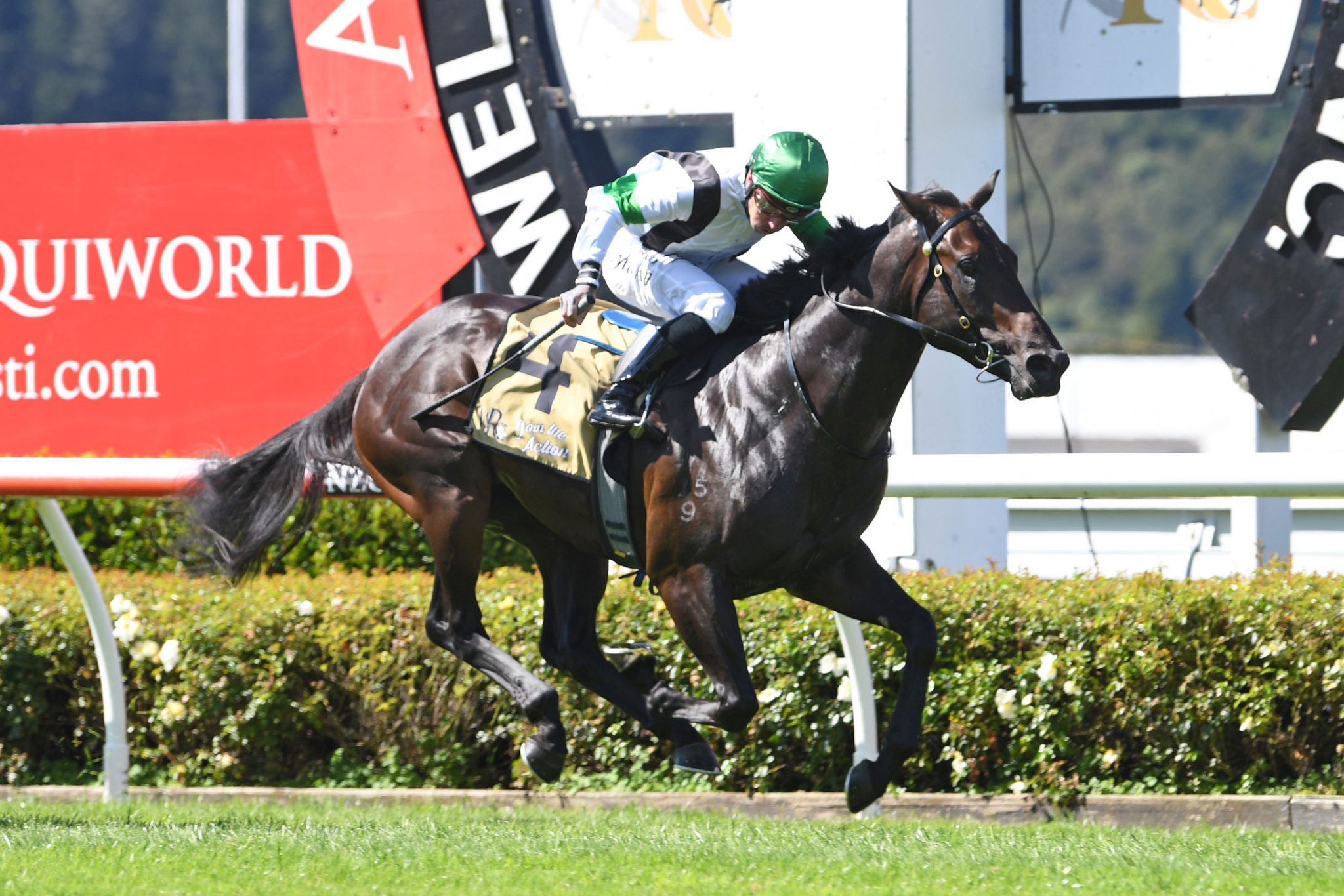 Tony Pike’s bid to win a second Group 1 New Zealand 2000 Guineas (1600m) rests on the shoulders of Slipper Island, who will open his campaign at Ruakaka on Saturday.

The Cambridge trainer had until recently a trio of hopefuls in the running for the Al Basti Equiworld Dubai-sponsored feature, but the weather has derailed the preparations of two of them.

“I turned out Dimaggio and Rudyard for a fortnight, they are hopeless in wet ground,” Pike said.

“I couldn’t see the point in carrying on so they’re having a short spell and they will be targeted toward the Karaka Million 3YO Classic (1600m).”

Slipper Island now carries the responsibility for Pike, who won the 2000 Guineas a decade ago with Sacred Falls when training in partnership with Mark Donoghue.

The No Nay Never colt will begin his quest in the Tree Wise Northland 3YO (1300m) and has had three trials to prepare him for his return.

“He has to go somewhere and I’m just hoping he gets a decent surface up there on Saturday, which he desperately needs,” Pike said.

“The intention was to have run him at Hastings, but it was a heavy track so that was ruled out and he’s had a trial again since then.

“All going well, he runs at Ruakaka and then goes to the Sarten Memorial (Group 2, 1400m) and hopefully down to Christchurch, but it is weather dependant with him.

“He has had three trials this time in and they have all been solid, he is fit and forward for Saturday and just needs that reasonable surface.”

Slipper Island finished runner-up on debut last season behind the subsequent Group 1 Sistema Stakes (1200m) winner Lickety Split and then went one better at Trentham to earn a trip to the Queensland winter carnival.

“It basically never stopped raining over there and he ran an honest race in Champagne Classic (Group 2, 1200m) to finish midfield. He was hopeless in the ground and did his best, but he is a real firm track horse,” Pike said.

Michael McNab will ride Slipper Island at Ruakaka and will also be aboard stablemate Tellall, who makes a fresh start in the Tote N Poke Sports Bar Handicap (1400m).

“He also desperately needs good ground and is hopeless on anything that moves beneath his feet,” Pike said.

“Whether Ruakaka is the right track for him or not I’m not sure, but it does look a nice race to kick his preparation off.

Tellall is nominated for the Group 2 Coupland’s Bakeries Mile (1600m) during Cup Week at Riccarton, but a trip south is by no means locked in.

“There is a heap of nice races for him in the North Island so he would have to be absolutely flying to be putting him on a plane down there. We’ll play it race by race with him,” Pike said.

The coming weeks will also determine whether the Group 1 Barneswood Farm New Zealand 1000 Guineas (1600m) nominee Pacific Dragon and Providenceprovides, who has unfinished business at Riccarton, travel to Christchurch.

Pacific Dragon was unplaced last time out in the Group 3 Gold Trail Stakes (1200m) and Pike has drawn a line through that performance.

“She just couldn’t handle the heavy track at Hawke’s Bay and was in a lot of trouble a long way from home,” he said.

“She’s had a week in the paddock and a week on the water treadmill and she’ll go to the Soliloquy Stakes (Group 3, 1400m) and if she goes well then she’ll head south for the Guineas.

“There’s the fillies and mares’ race (Group 3 Canterbury Breeders’ Stakes, 1400m) down there for Providenceprovides that she should probably have won last year before she hit the running rail and ran third.

“She is a big, long-striding mare who needs firm ground. We are looking at options to kick her off and thought Hawke’s Bay next week over 1300m might have been one.

“That looks like it’s going to be heavy so we’re in a bit of a quandary with her at the moment.”