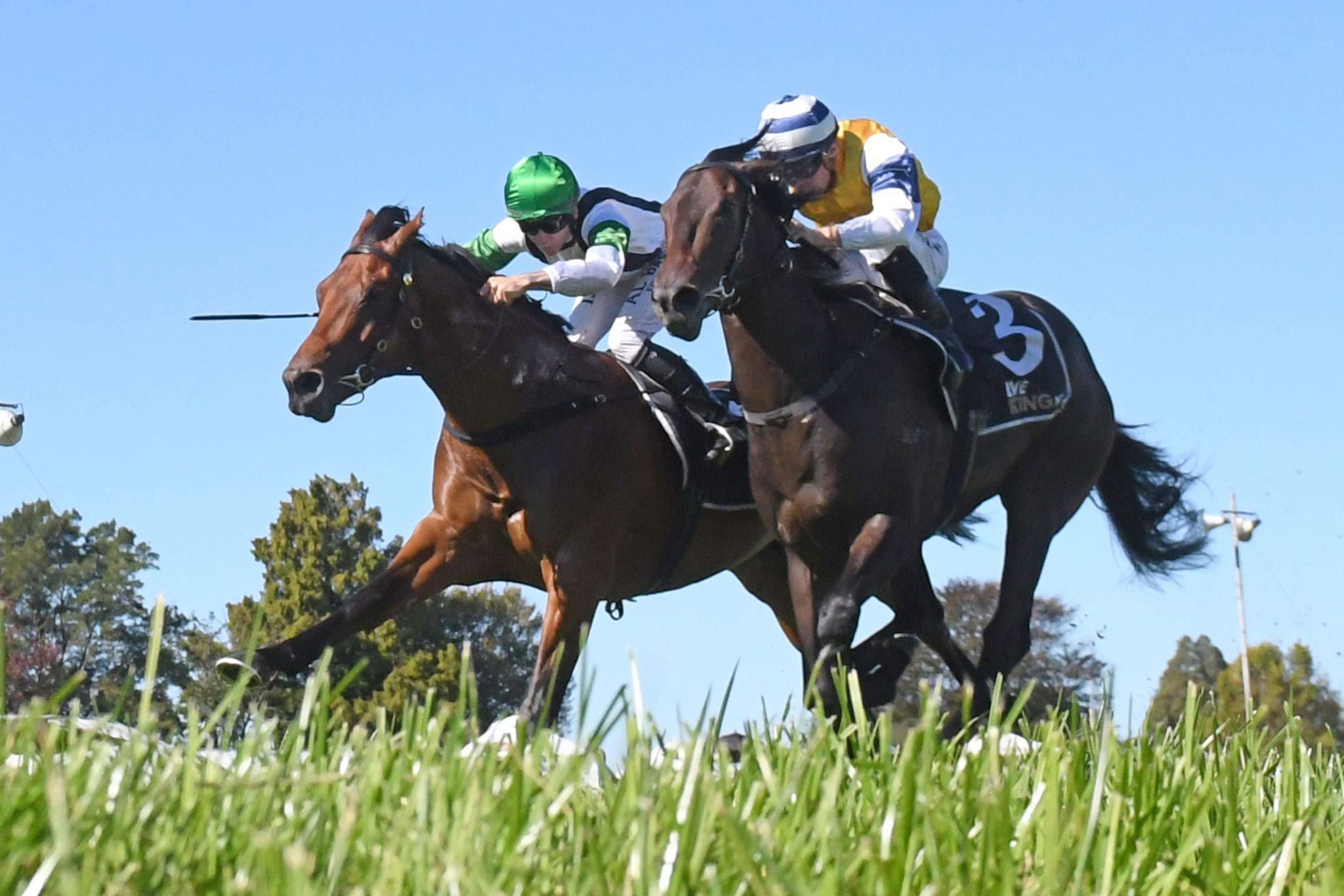 A resolute run for second at Te Rapa on Saturday could see promising two-year-old Rudyard added to the team that New Zealand trainer Tony Pike will take to Brisbane next month for an assault on the Queensland Winter Carnival.

The son of Windsor Park Stud stallion Charm Spirit and multiple stakes winner Lady Kipling went into Saturday’s 1100m contest off the back of a debut win at Rotorua but had to settle for the runner-up position behind speedy filly Westwood after getting a long way back in the early running before stretching out nicely in the closing stages.

“I thought his was one of the runs of the day as he just fell asleep at the back of the field and really didn’t get into his work until well into the home straight,” Pike said.

“His closing sectionals should be very good and when he gets over a little more ground, I think you will see the best of him.

“He is a real work in progress, but when he steps up to a mile or further, he is going to be an exciting type.

“We will let him have a few days to get over this run and then assess him, but if he does pull up well then, I think he will be coming with us to Queensland.

If Rudyard does end up on the Queensland trip, he will join Karaka Million 3YO Classic (1600m) runner-up Tutukaka as well as up to another half a dozen members of the Pike stable that he has earmarked for races in Brisbane over the next two months.

“We are just putting the finishing touches on our Queensland team this week and they will be confirmed after the trials at Taupo on Tuesday,” he said.

“We have quite a few trialling there and as long as they produce what we are looking for they will be on the plane.

“At this stage Tutukaka is scheduled to go along with Slipper Island, who won at Trentham last month.

“He is an exciting juvenile who we think can measure up over there, while Tutukaka is being set for the Queensland Derby (Group 1, 2400m).”

Pike did enjoy two-year-old success on Saturday with Dimaggio, a son of Almanzor, winning a torrid battle against the Murray Baker and Andrew Forsman-trained Shanlord at Hastings over 1200m.

“I think Dimaggio will be a nice horse going forward,” Pike said.

“It was a pretty weird race with only three runners and they mainly did three quarter pace most of the way around.

“He almost got brought undone by that, but he showed a fair bit of determination in the last bit to get the job done.

“He is a big solid type that still has plenty of maturing to do but will be a nice type for the future.

“We might give him one more run for educational purposes before putting him aside, however, there has already been plenty of interest in him after his trial runs so I would expect that will ramp up a lot now he has won a race.”

Pike made it a double for the day when consistent gelding Tellall took out an open 1400m event at Te Rapa.

“Tellall deserved that one as he has been all around it in this prep,” Pike said.

“He is a funny horse as he can get a little cantankerous and indifferent if things aren’t going his way in a race and his record probably doesn’t reflect his true ability.

“He can have a day or two in the pool and if he is okay then he can have a go at the Easter Handicap (Group 3, 1600m) at Pukekohe next weekend.”