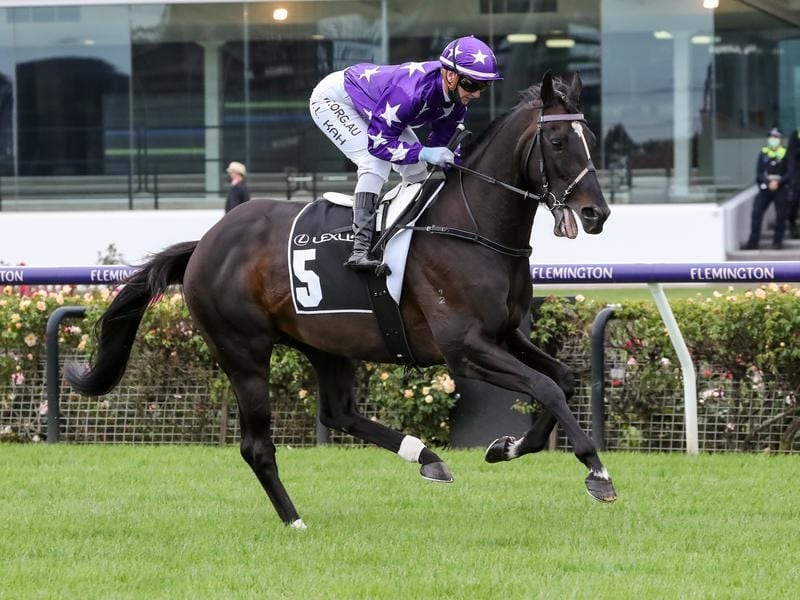 Mike Moroney believes his veteran stayer Sound could not be going any better and he is hoping he’ll finally break his Australian maiden status in the Zipping Classic.

Moroney’s plan was for Sound to be contesting the Melbourne Cup but he missed out on gaining a start when he finished second in the Hotham Handicap.

Instead Sound will take his place in the $250,000 Zipping Classic (2400m) at Sandown Hillside on Saturday, which will be his 20th start since he came to Australia.

Sound’s second placings have been a bugbear for Moroney this campaign as the former German stayer has finished runner-up at three of his past four starts.

They included a second to Persan in The Bart Cummings three starts ago, a race which guaranteed the winner a berth in the Melbourne Cup.

“He’s racing well. He deserves to break through,” Moroney said.

Moroney said he didn’t start Sound in the Queen Elizabeth Stakes on the weekend as he had run the previous two Saturdays.

“He’s a bit older and the back up would have been too much. I’m very happy with him and the form he’s in,” he said.

Moroney said after Saturday he would give Sound a short break and then bring him back for another tilt at the Auckland Cup, a race he finished second in this year.

Moroney toyed with starting Buffalo River in the Mackinnon Stakes as he is keen to stretch the horse out to 2000 metres.

Buffalo River led at a fast tempo in the Cantala Stakes but weakened to finish 15th on the opening day of the Flemington carnival.

Moroney said there was criticism of Craig Williams’ ride as he may have overdone it in the lead but he was riding to instructions.

“We’ll go forward with him but we won’t overdo it like we did last start,” Moroney said.

Moroney is then planning to start Buffalo River in the 2000 metre Ballarat Cup on Saturday week.