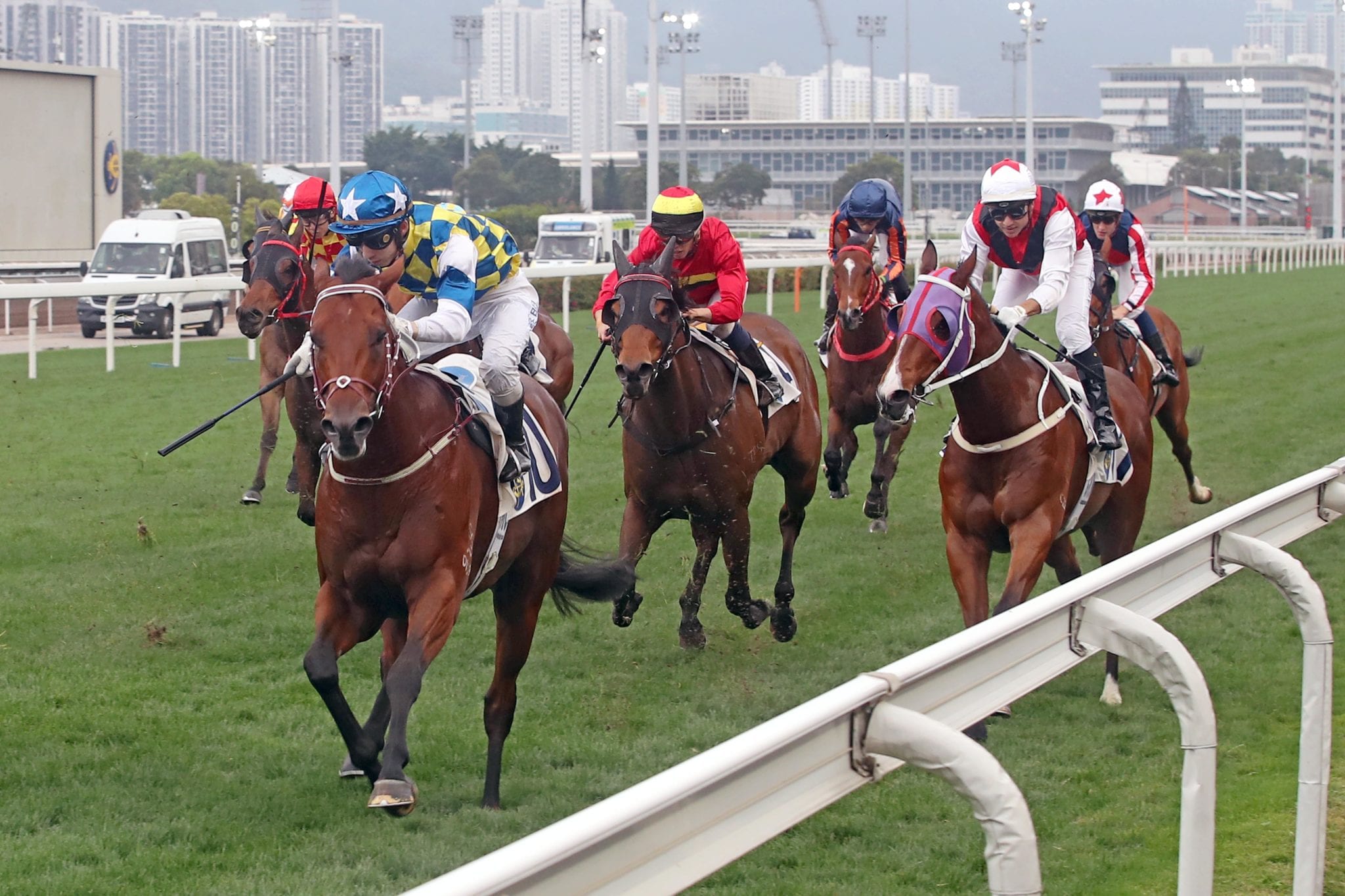 The 14-runner Class 2 Chak On Handicap (1200m) at Sha Tin on Sunday (29 March) features the talented Paul O’Sullivan-trained prospect Duke Wai (128lb) and the horse that beat him last time out over 1000m, the John Moore-trained three-year-old Computer Patch (126lb).

“He’s done everything right,” Moore said after watching Computer Patch work at Sha Tin yesterday morning, Friday, 27 March. “He sprinted up in 23.9 (seconds) by my timing, and he did it with ease.

“It was a good win the other day against some smart horses in Duke Wai and Hong Kong Win so he’s done everything right leading into this race. He’s drawn nicely in gate seven because he’s a horse that comes from off the speed, preferably back, because he’s got a turn-of-foot which I don’t think is as effective when he’s ridden up close.”

Matthew Chadwick was up top for the win last time and the in-form rider is seeking a third win in as many meetings.

“Chadwick is on again, he’s done everything right and if he’s able to get the horse into a rhythm I think the horse is up to it,” Moore said.

“He can really close off strongly and the way he galloped this morning I expect him to be right there when the whips are cracking.”

“Shining Ace has surprised me in that he has climbed a lot in the ratings, going up a couple of classes, which I’m happy to see,” Moreira said.

“He’s now against very good horses, so we have to respect them but at the same time give some credit to him for doing what he has done.”