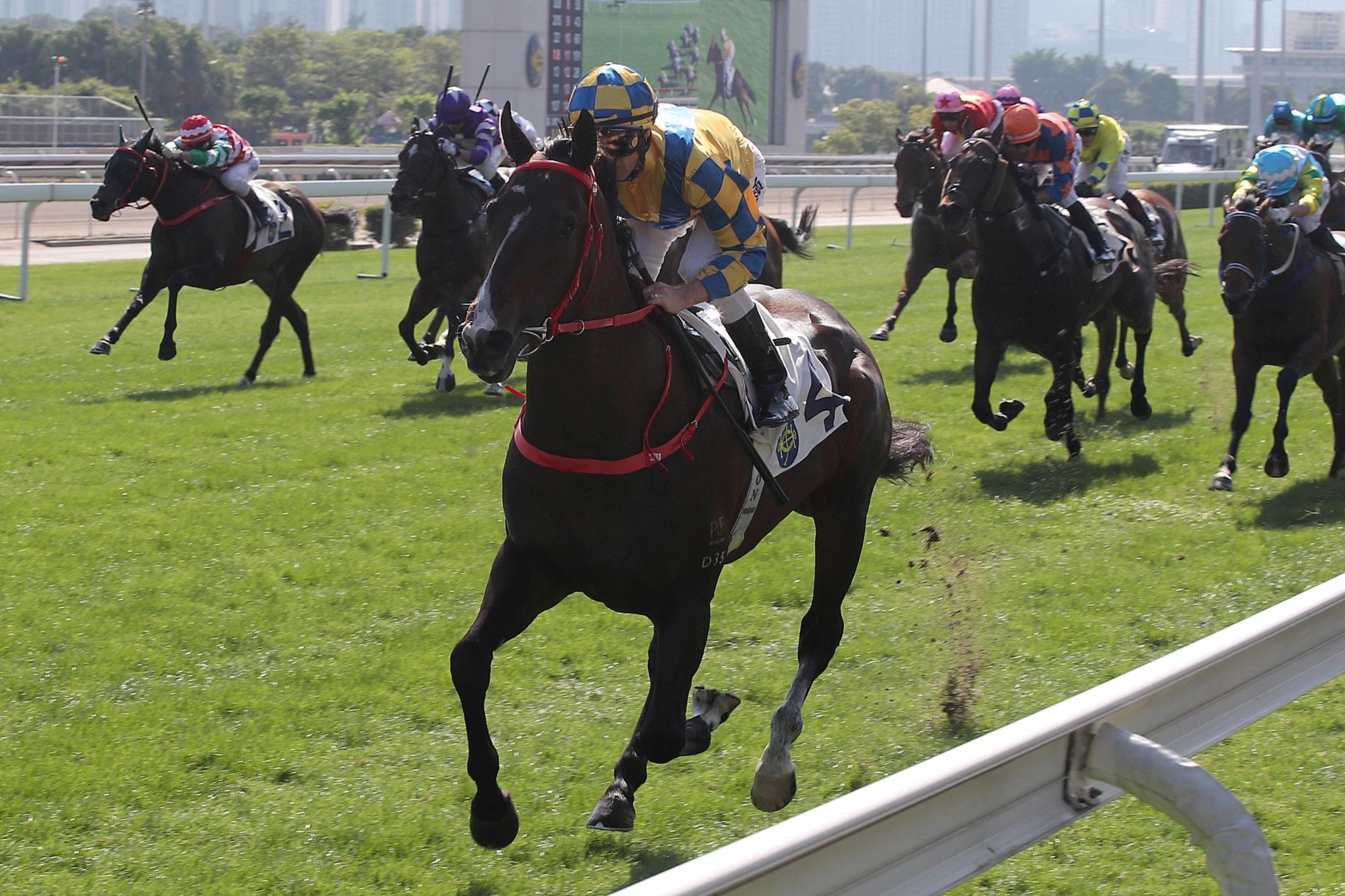 Lucky More (122lb) is out for revenge in today’s Class 3 Long Valley Handicap (1000m) when he will again face off against Duke Wai (128lb), the horse who rattled late to mug him of a debut victory early last month.

Danny Shum’s charge has since put his first-up woes behind him. Four weeks ago, the three-year-old lived up to his reputation with a comfortable four-and-a-quarter length win under Zac Purton and the champion jockey is taking nothing for granted as he heads into the rematch with Duke Wai.

“He beat me fair and square, there was no fluke about his win and he gave me a big start and it sort of defied belief really to come from where he did to be able to win,” Purton said.

“If Duke Wai gets out of the gates a little bit better and is within striking distance he’s definitely the one to beat again.”

Duke Wai has also won since and finds himself 2lb better off from that first meeting, with Lucky More coming in off a 14-point rise in the ratings.

“Lucky More took a lot of improvement out of his first-up run – he really got driven mad in that race and I suppose it cleaned his wind out nice and proper because the next start he was able to go through his gears a bit more comfortably and get the job done – it was a nice effort,” Purton said.

The More Than Ready colt wasn’t pressure free on debut as a 1.5 favourite, racing alongside Flying Genius for most of the straight before beating him off for sixth, only to be bloused late by Duke Wai. That form received another boost on Wednesday when Flying Genius bagged his second win in a row.

“I think he’s shown he has the ability to handle Class 3, it’ll just depend on how much pressure is in the race and what type of run we get,” Purton said.

Purton has eight mounts on today’s card, including the lightly-raced Computer Patch (128lb) in the Class 3 Pearce Memorial Challenge Cup Handicap (1200m) who posted an eye-catching runner-up effort on debut behind the runaway Quadruple Double.

“It was a very impressive run, he drew a bad gate and he had to go back but he really got to the line strong,” the Australian ace said.

“The only thing to worry about is the quick back-up but I rode the horse in a piece of work this morning (Friday 20th December) and he feels very bright, he’s nice and fresh so hopefully he can repeat that performance.”

The John Moore-trained galloper spent the first part of his career in Australia where he was trained by Ron Quinton. A maiden winner there, the Exceed And Excel rig then finished fifth at Group 2 level behind Microphone in the Skyline Stakes at Randwick.

“Since his arrival everything has gone to plan in the sense that his last performance was strong,” Moore said. “Zac (Purton) cantered him around Friday morning and said he felt very fresh and he didn’t think he took any harm from that run, Romain (Clavreul) who rides for me gave me the exact same feedback.”

“He’s done everything right, he’s a horse who needs ground but there are not a lot of opportunities,” Moore said.

Today, with Joao (Moreira) on board and the way he trialled, I’d be thinking that he’s got to be close.”

The South African-bred galloper joined Moore at the start of the season and has tallied three runner-up efforts since then.

“He’s been gelded, everything is healthy and happy with him and I think the distance is exactly what he wants, although he will go further than 2000 (metres) in future.”