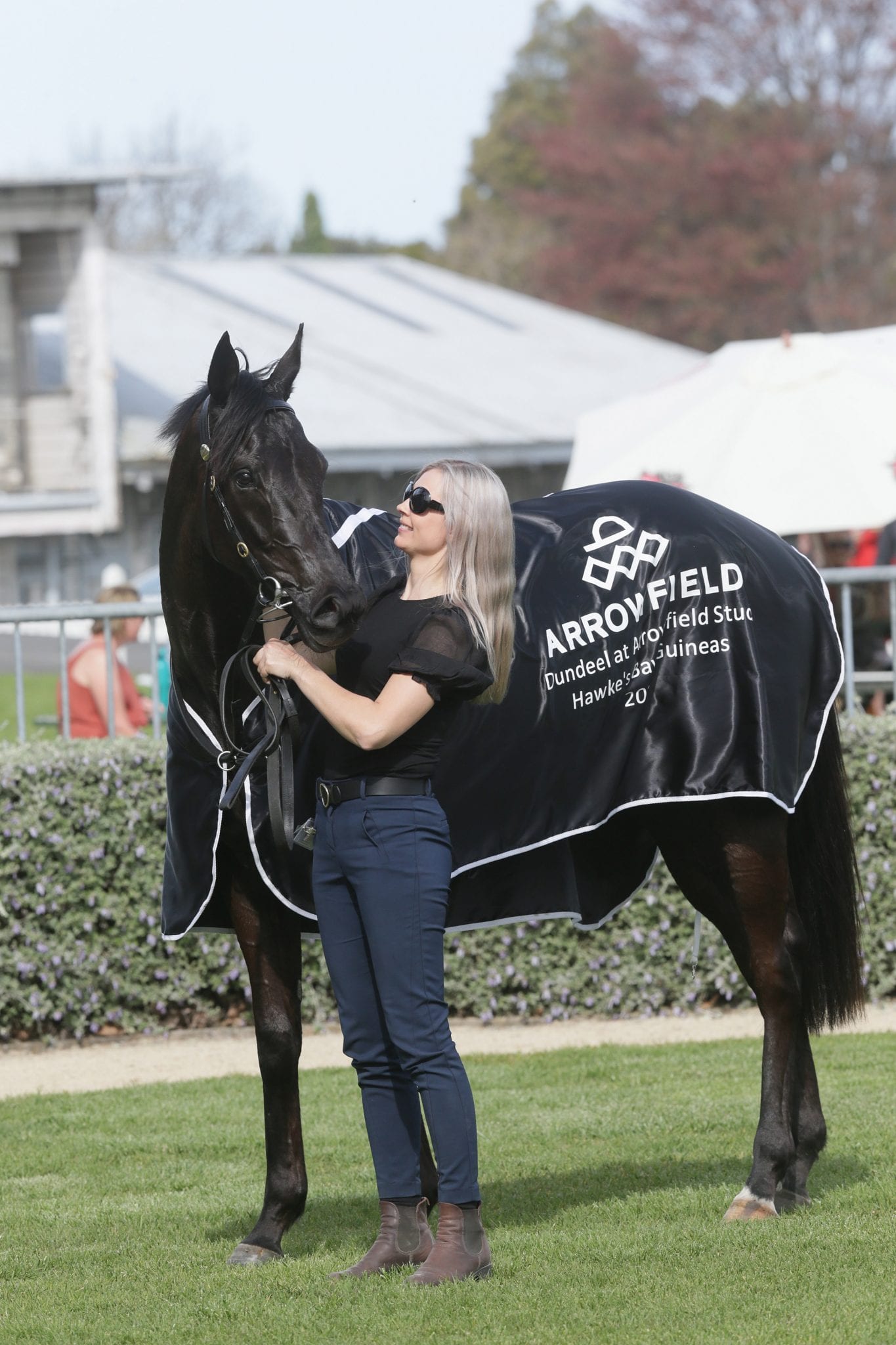 Andrew Forsman and the Zame Partnership look to have unearthed another exciting galloper in Aegon. The three-year-old son of Sacred Falls won the Group 2 Hawke’s Bay Guineas (1400m) at Hastings on Saturday and he looks to be following in the same footsteps as his ownership predecessors Rhaegar and Jon Snow.

Zame Partnership spokesman Bart Zame was thrilled to win the three-year-old feature with the Murray Baker and Andrew Forsman-trained gelding, keeping his undefeated record intact after winning at Taupo on debut in August. “It was great on Saturday, it was so exciting,” Zame said. “It was a lot of fun watching that and it was only his second start so you never quite know at this stage what they have got in store, but it was very cool on Saturday. “Having a horse in there is a whole lot of fun. We had watched the favourite Need I Say More’s three previous races and I didn’t have huge expectations.”

But Aegon pleasantly surprised his connections and while they have fielded several offers for him, Zame said they are having plenty of fun racing him at the moment. “We will sit down and have a conversation at some stage (with Forsman and Baker), but it is pretty hard to replicate that sort of fun,” Zame said.

The Zame Partnership have had plenty of success over the last few years, racing the likes of Group 1 Australian Derby (2400m) winner Jon Snow and Listed Futurity Stakes (1400m) winner Rhaegar. All three horses were identified and purchased as yearlings by Forsman, and Zame said the partnership owes its success to Forsman’s keen eye.

“We have managed to hitch ourselves to someone that seems to know what they are doing and seems to know it pretty well,” Zame said. “That’s all Andrew Forsman, he is very selective in what he has a crack at and you can see it showing in his strike-rate.”

Zame became associated with Forsman through now Sydney-based trainer Bjorn Baker. “I met Bjorn many years ago, when he was training in partnership with Murray, and we were going to buy a horse and he showed us through the stable,” Zame said.

“Later on down the track I got back in touch with Bjorn and he said he would get us a horse in Sydney. But we wanted to watch our horse race, so he put us in touch with Andrew and he has just held our hand all the way through since then. “We have got to know each other pretty well and have a pretty good relationship.”

While Group 1 targets await Aegon, Zame said he would leave the planning to his trainers. “We leave a lot of that up to Murray and Andrew to choose a path,” he said. “They see him every day and we will go with their judgement. They have got a lot of things right with us over the last few years so we are going to stick with that strategy.”