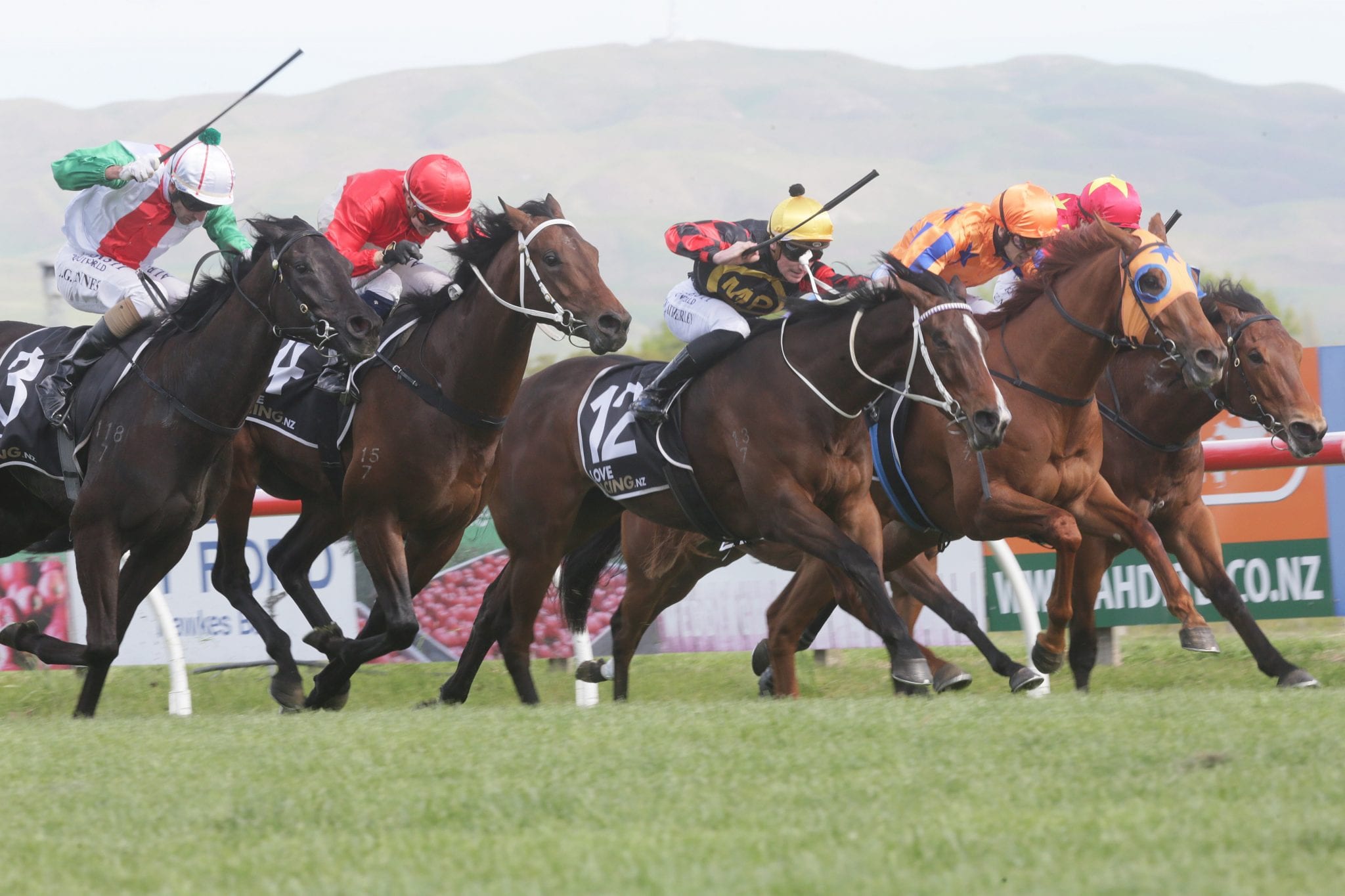 The judge has his work cut out at Hastings on Saturday as he perused the photo finish to one of the day’s feature events, the Group 2 Dundeel at Arrowfield Hawke’s Bay Guineas (1400m). Five horses went to the line with less than half a length between them and when the dust settled it was the Murray Baker and Andrew Forsman-trained Aegon who got in the deciding stride to down Bourbonaire with maiden galloper Moana snatching third ahead of race favourite Need I Say More and Suffused.

Scared Falls gelding Aegon was having just his second start after producing a similar effort to win over 1300m on debut at Taupo last month. Settled near the rear by rider Leith Innes, Aegon looked to be in trouble approaching the home corner as he was more than eight lengths adrift of stablemate Suffused who had taken over shortly after straightening.

Race favourite Need I Say More was the first to challenge and looked to be heading to victory before Moana found an opening and dashed at him at the 200m. Just as an upset seemed on the cards Aegon and Bourbonaire arrived to claim the leaders with Aegon taking the decision by a nose with a head back to Moana in third.

Co-trainer and part owner Forsman was feeling a little stunned after witnessing the performance. “I just didn’t think he would be able to do that here with the way the track has been playing,” he said. “To make up the ground in the last 200m, by a horse that is still maturing, speaks volumes for the ability he does have. “He’s got a ton of ability and to see him do that is a bit of a buzz. “I think he’s pretty smart.”

Forsman was unsure of the next moves for the horse but indicated he was on target to compete in the Al Basti Equiworld Dubai New Zealand 2000 Guineas (1600m) at Riccarton on November 7. “We’ll give him a few easy days now and then maybe go to the Sarten Memorial (Group 2, 1400m) and then on to the Guineas,” he said.

The victory brought back special memories for Innes who also won the race on Aegon’s sire, Sacred Falls back in 2012 before he went on to capture the Group 1 New Zealand 2000 Guineas (1600m) at just his sixth raceday start. “He’s not very big and halfway down the straight I was thinking I wish I had had a better draw to work with but he’s wound up late,” Innes said. “Good horses normally win this race so good luck to Andrew and the team.”

Aegon was a $150,000 purchase by Forsman from the Waikato Stud draft during the Book1 sale at Karaka in 2019. Forsman shares in the ownership with the Zame family who also raced Group 1 ATC Derby (2400m) winner Jon Snow who now stands at Clearview Stud in Timaru.