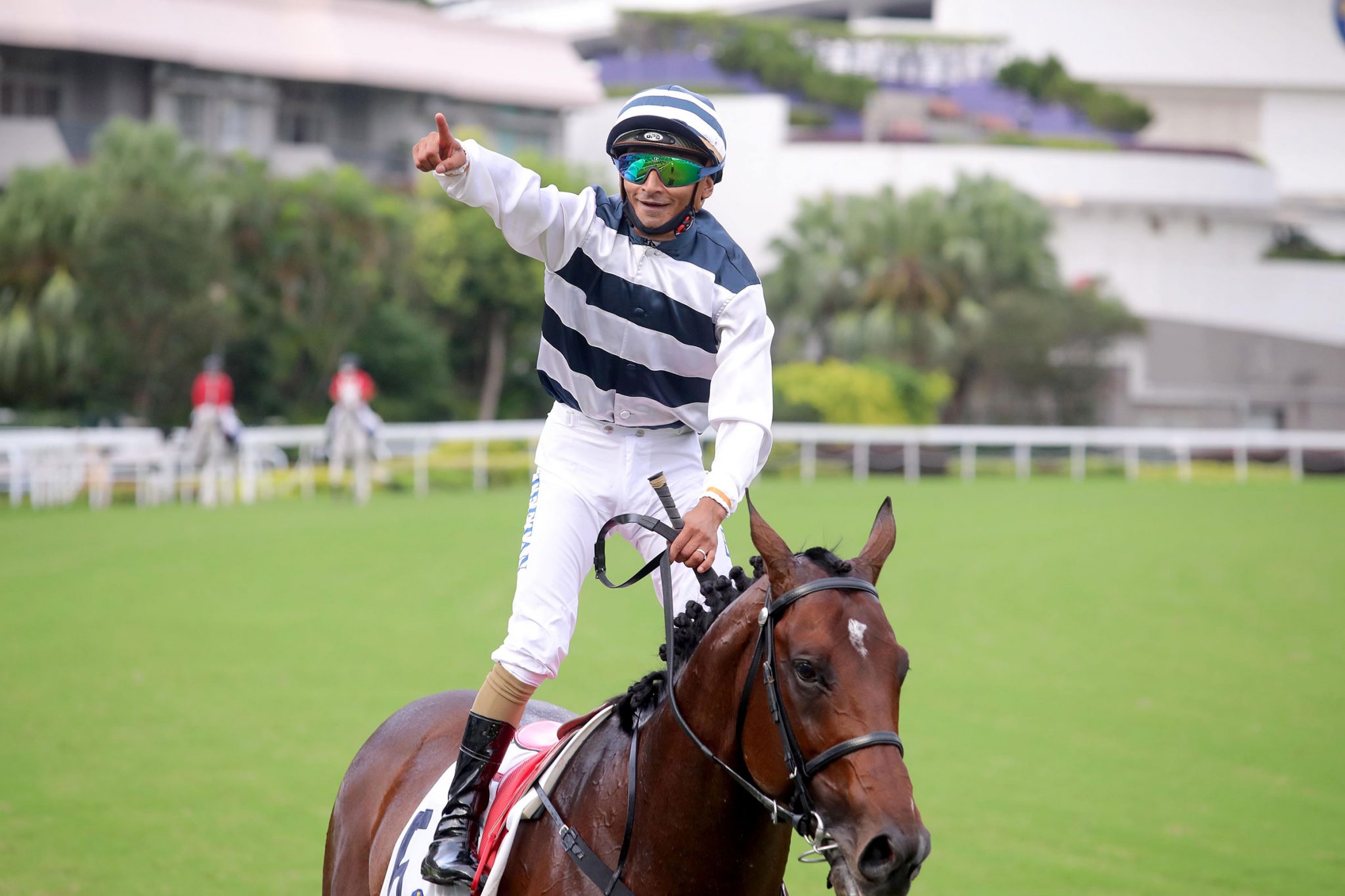 Benefitting from a thorough preparation since spelling with three trials, Panfield posted his first victory over 1600m since prevailing over the trip as a two-year-old in his native Chile in June, 2019, downing Preciousship by a neck. Tourbillon Diamond was a further neck away in third place.

Teetan, who was atop the Lookin At Lucky entire when victorious in the Group 1 Standard Chartered Champions & Chater Cup (2400m) last season, said the import had improved significantly since returning.

“It was always going to be a question mark of how he would handle 1600 metres, but he’s been trialling really well and his work has been absolutely fantastic – I’ve been saying this season he’s been a different horse,” the Mauritian said.

“He’s mentally and physically a different horse. Last season, I won on him and I felt like he was a big, galloping horse who did not know much – but had ability. This season, I can feel that mentally he’s there and physically he’s starting to get better and use himself better.

“This horse is really improving all the time and we went into today’s race with confidence. We wanted to win this race and halfway through we got crowded and he started to travel a bit.

“When I got three-deep, he dropped the bit and relaxed and then into the straight, I wanted to get going a bit because I knew he would take the whole straight to extend.”

Millard will next target the Group 2 BOCHK Jockey Club Cup (2000m) on 21 November, content in the knowledge Panfield will be even better suited over longer trips.

“He’s a little bit more forward than what I would have thought because we were getting him ready for the Melbourne Cup,” the South African said.

“Today, he took out most of the top milers in Hong Kong, barring the best horse – the Horse of the Year (Golden Sixty).

“It was a great ride. I’ve had most of the top jockeys jumping on and off him in a way that was a little bit unfortunate early on because I think maybe we could have got a better tune out of him if we’d just stuck to one jockey. Karis has got a good association with him now and long may it last.”

Jimmy Ting expects My Sugar to continue impressive progress after the Deep Field gelding posted an effortless win in the Class 3 Corum Excellent Handicap (1400m) to give Zac Purton four victories for the day.

Purton, who now leads the jockeys’ championship by eight – 21 to 13 – over Joao Moreira said: “It’s been a good day. I came here with some pretty had barriers and I thought it was going to be tough, but the way the track has played, I’ve been a bit lucky.

“I’ve been able to get into the right spots on them and they’ve delivered.”

“Unfortunately, last season, I think it was the 1800 (metres) Classic Cup, he jumped really slow and then he started to develop some bad habits in the gates. We needed to let him learn and now it’s a little bit better,” Lor said.

Manfred Man’s Trillion Win extended an outstanding start to the season by clinching the Class 2 Piaget Excellent Handicap (1200m) under Alexis Badel, denying Purton a five-timer on Lucky More by a short head – with the same margin to previously unbeaten Fantastic Treasure.