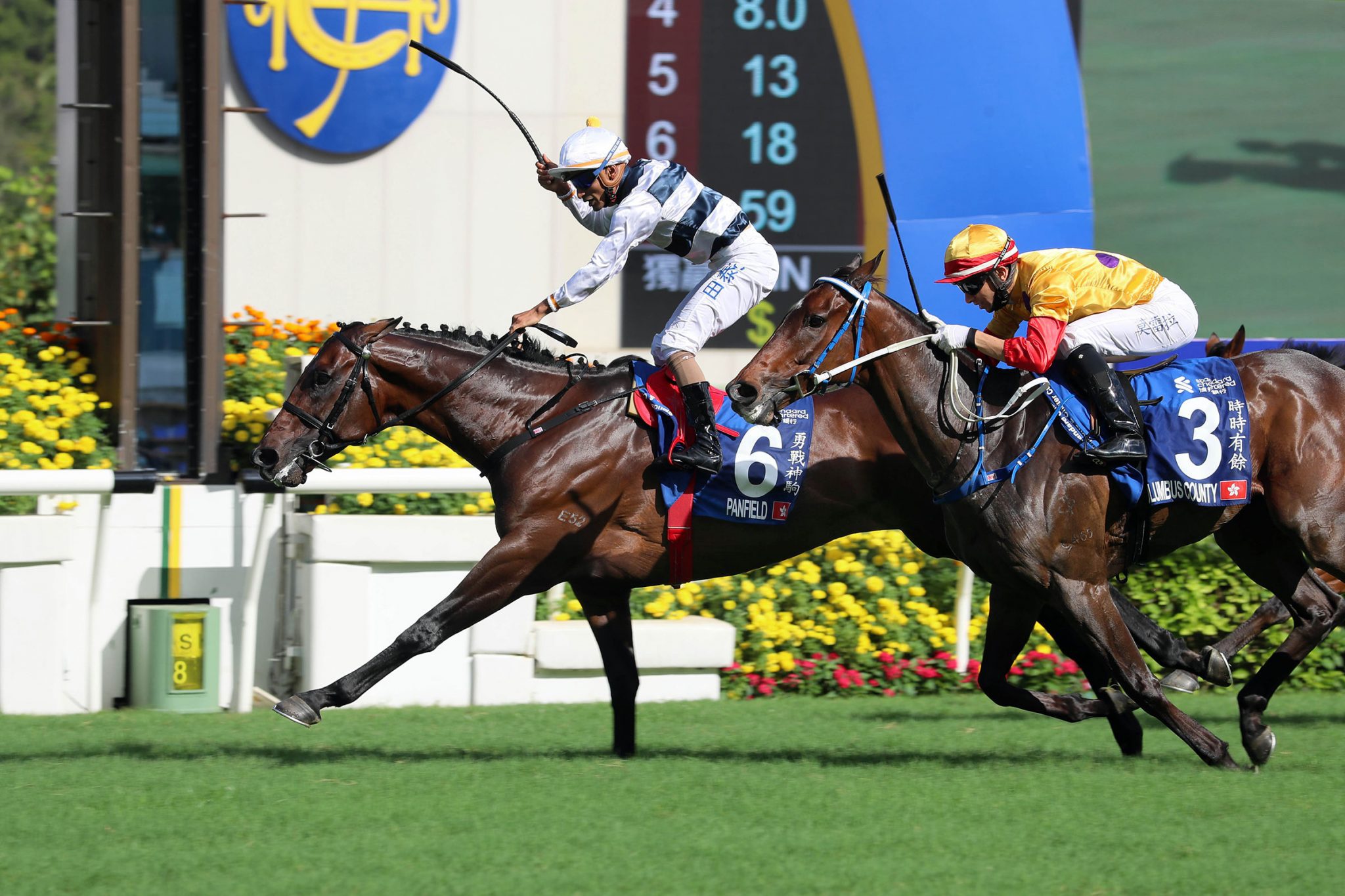 Trainer Tony Millard will commence Panfield’s preparation towards the 2021 LONGINES Hong Kong International Races on Tuesday (14 September) when the star Chilean-bred galloper steps out for a key barrier trial on the grass at Sha Tin.

“We’re pretty happy with him, he’s going well and he’ll trial next week on the grass, then we’ll trial him again with a view to running him in the Sha Tin Trophy – it’s a handicap over the mile which is nice because he’ll go in there with a nice running weight.

“Then we’ve got options to either go for the Ladies’ Purse or straight into the Jockey Club Cup,” Millard explained, plotting the Group 3 Sa Sa Ladies’ Purse Handicap (1800m) and Group 2 BOCHK Jockey Club Cup (2000m) as either of the horse’s final lead-up races into his end-of-year target.

Opting against a Group 1 Melbourne Cup (3200m) tilt with the five-year-old, the handler has elected to target riches at home, citing the difficulties of international travel at present with regards to COVID-19, as well as the stringent protocols recently introduced for international runners to pass before competing in Melbourne’s Spring Carnival.

“We’re not going to go – it’s the right decision not to go,” he said. “The COVID-19 situation and increased veterinary requirements mean it’s too onerous and too hard.”

Rated 115, Panfield closed out his first season in Hong Kong with two wins and an eye-catching third in the BMW Hong Kong Derby (2000m).

“I actually think he could be even better over 2000 (metres), the fact that he won the 2400 (metres) was just because he has the class, so this does give us an option,” Millard said.

“He’s done very well in the off-season, if anything he’s put on a little bit too much weight, so he’s going to need a little bit of trimming down.

“You don’t want the horse to be same weight as what they were at the end of the previous season but he’s put on a fair bit of pudding, so he’s going to need a run or two just to get him spot on,” Millard said.

Karis Teetan, who collected a win in partnership with Millard at the season’s opening fixture on Sunday (5 September), will retain the ride aboard the son of Lookin At Lucky.

“Karis (Teetan) will ride him, Karis has done a good job aboard the horse,” Millard said.