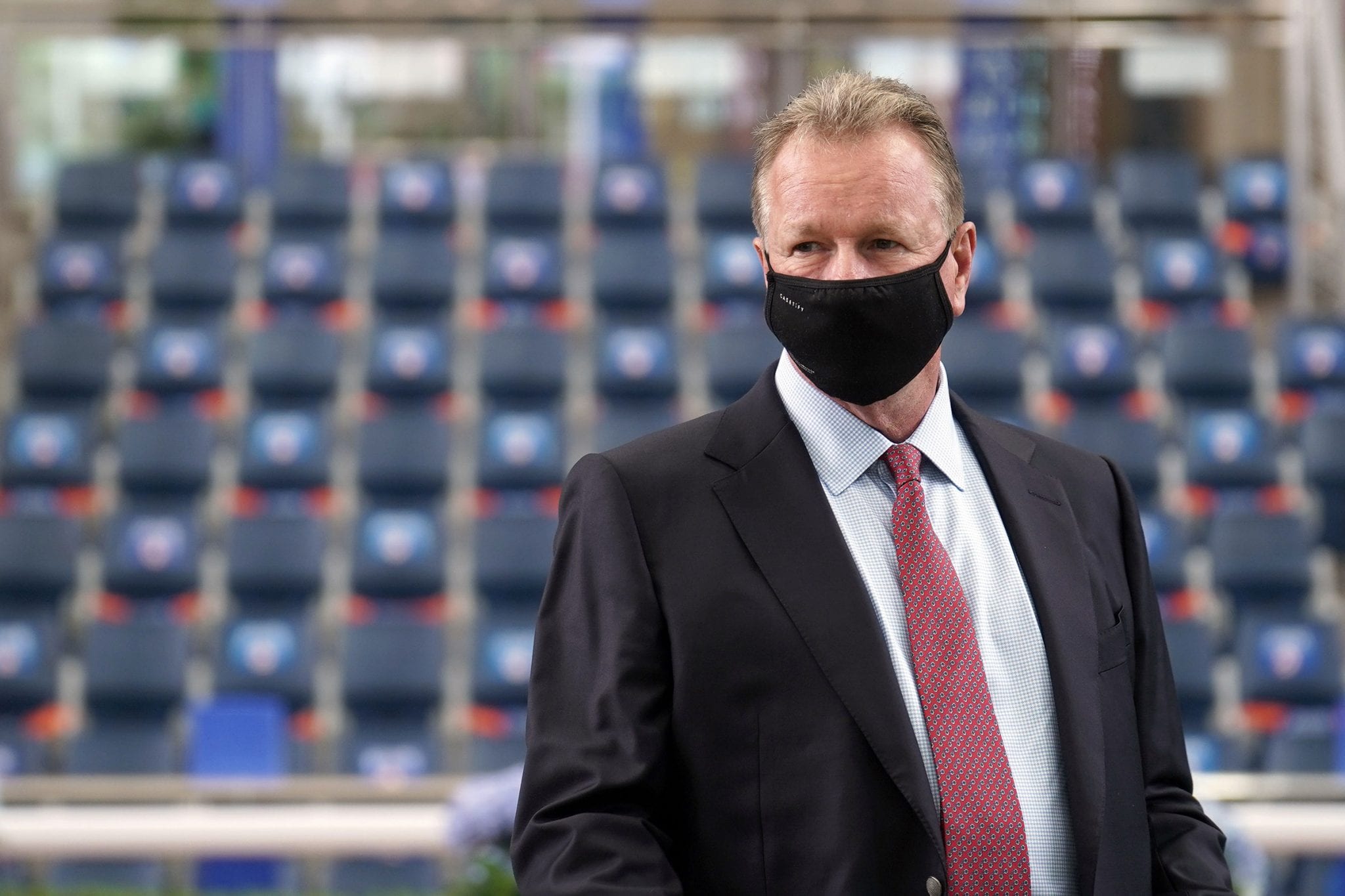 Confident of Panfield’s ability to overcome the testing two miles of the 2021 Group 1 Melbourne Cup (3200m), Hong Kong trainer Tony Millard is remaining upbeat about his star stayer’s chances of competing abroad in Australia’s most famous race later this year on Tuesday, 2 November at Flemington Racecourse.

“We’re just doing our due diligence at the moment – it’s very exciting and we’ve been inundated with things from Australia,” Millard said. “He’s progressive and I don’t think there will be a problem with the distance, his female line suggests that he shouldn’t have a problem with that.”

A son of Lookin At Lucky, Panfield claimed Chile’s 2019 Triple Crown with consecutive Group 1 triumphs and burst onto the scene in Hong Kong with a strong third placing in the BMW Hong Kong Derby (2000m) before his tenacious victory in May’s Group 1 Standard Chartered Champions & Chater Cup (2400m).

“He’s just started his preparation, we have put him back in work now and we’ll see how we go but I think we’re going to make a call pretty soon either way in the next week or so if we are going to proceed – it’d be great if we could, it’d be nice to have a tilt at the Melbourne Cup,” Millard said.

“I think that everything is going to hinge on the opposition at this stage, the regulations are quite steep that we now have to go through in order to get a horse to Australia.

“It is very tough and there are a lot of hoops to jump through so we’re not sure if we can still do it within the time frame and to also have a horse that is competitive but if it can all come together then we’ll definitely go – I think he’s just one of those horses, he’s a Triple Crown winner, he’s tough and he’s still a colt too,” Millard said.

Recently introduced regulations and measures by Racing Victoria and the Victoria Racing Club requires more boxes to be ticked for connections to race a horse in Melbourne’s Spring Carnival, such as a series of pre-export tests with regard to the soundness of the horse before having to comply with further pre-race testing while in quarantine at Werribee in Melbourne.

“We’d like to run him here earlier but we’ll see how it pans out, so for him to have a run here and then go is the rough plan but we haven’t seen the fixtures yet so all of these things have to fall into place,” Millard said.

Looking ahead to Wednesday’s (14 July) 88th and final fixture of the 2020/21 racing season in Hong Kong, the two-time South African champion trainer will be represented by four entries across the nine-race fixture including Sparkling Dragon (128lb) in the Class 2 Sports Road Handicap (1200m).

Crowned champion trainer of his native country in 1992 and 1994 (shared with Pat Shaw), Millard has been pleased with Sparkling Dragon as he eyes back-to-back wins with the son of O’Reilly.

“He trialled very nicely the other day, I’m very happy with him – I think he has a nice draw and he gets his chance,” he said.

The New Zealand-bred six-year-old is a six-time winner in Hong Kong, four times at the city circuit including last-start’s narrow success.

“Maybe it (the surface) is a little bit softer there and the opposition is not as strong, this is the highest rating he’s ever reached in his life and he’s not a young horse but he’s going particularly well at the moment,” Millard said.

Teaming with jockey Derek Leung, the 85-rater steps away from gate four against 11 others.