Purton closes in on 1,300-win milestone 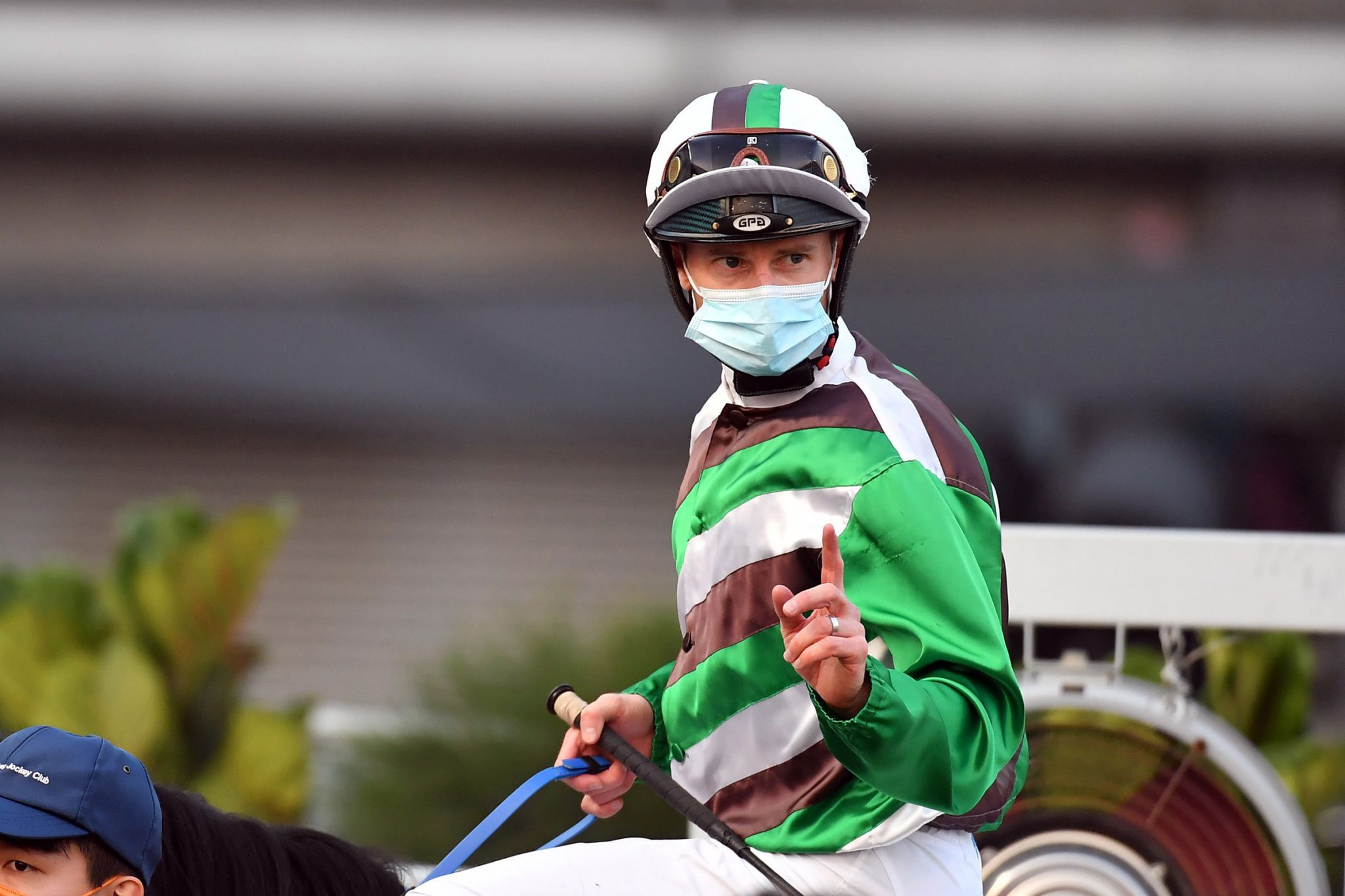 Poised to become only the second jockey in Hong Kong racing history to reach 1,300 wins, Zac Purton refuses to rule out a tilt at over-taking Douglas Whyte’s all-time record of 1,813 victories.

Purton, 38, has opened the 2021/22 season in bullish fashion with four wins and four placings from 16 rides to sit second in the jockeys’ championship behind Karis Teetan (four wins and five placings) and is hopeful of adding to his tally at Sha Tin on Sunday (12 September).

Bidding for a fifth jockeys’ title, Purton acknowledges Whyte’s towering mark remains a distant and almost unattainable objective – but the Australian is increasingly open to the possibility of catching the 13-time champion.

“I always told ‘Dougie’ that I wouldn’t stay around long enough to break his record but, here I am nearly at 1,300 wins and 1,400 wins will hopefully tick over by the end of the season, so it starts to make it (breaking Whyte’s record) feel quite real and obviously then becomes a possibility,” Purton said.

“So, I’m not going to say ‘No’ (to attempting to break the record). It will just come down to the support I get – and whether I continue to get it, and if I do, I’ll just keep chipping away and you never know.”

With 1,299 winners to his credit, Purton’s nearest active pursuer is fellow four-time Hong Kong champion jockey Joao Moreira – who has a career haul of 1,106 victories – as the Australian’s 1,300-win milestone looms.

“It (1,300 wins) means a lot, it has snuck up on me a little bit – I didn’t know it was coming. We’re close to it now and hopefully we can get there on the weekend. It just means that I’ve had a lot of luck since I’ve been in Hong Kong. I’ve been given plenty of support, taken the opportunities and made the most out of them,” Purton said.

“It’s hard to ride just one winner in Hong Kong, any jockey will tell you that, so to be able to survive as long as I have and continue to survive, it obviously feels nice. It’s just another milestone on the journey I’m on.

“My body is much better this season. Last season, I just continually kept getting little problems the whole way through and obviously finished with another problem as well.

“I just never felt comfortable on the horses at all last season, just trying to get away from the problems I was having. This season is completely different. I feel so much more balanced on the horses. There’s more of a rhythm there – it’s just happening and I’m not having to force it and trying to get the best out of the horses, they’re just providing it for me.

“When I feel like this, generally things go well. You’ve got to tie that up with the support and the quality of horses that you get on and if that comes along, there’s no reason why I can’t have a good year.”

Purton has nine rides on Sunday, including Jimmy Ting-trained My Sugar, who resumes following surgery in the Class 3 Kwun Tong Handicap (1400m, turf).

First up after closing his 2020/21 campaign with a strong win over Sunday’s course and distance, Gluck Racer is primed to again contend, according to Schofield.

“He obviously won very soft (last season), it was a convincing win. He showed a good turn of foot and he put them to bed quite comfortably,” Schofield said. “He’s obviously up in grade now but he’s drawn a good gate (barrier 1).

“He’s got a nice racing style where he can just race behind the pace and with a nice light weight, he should be competitive. “His gallops have been good. He’s definitely fit and well and ready to run well.”

“He’s done everything. He jumps well, he’s a very professional horse. He’s trained up very nicely, he’s been trained up patiently for his debut and he’s ready to step out,” Shinn said.

“He couldn’t have done anything more in his preparation. Now it’s up to the horse to go out and see if he’s good enough.”