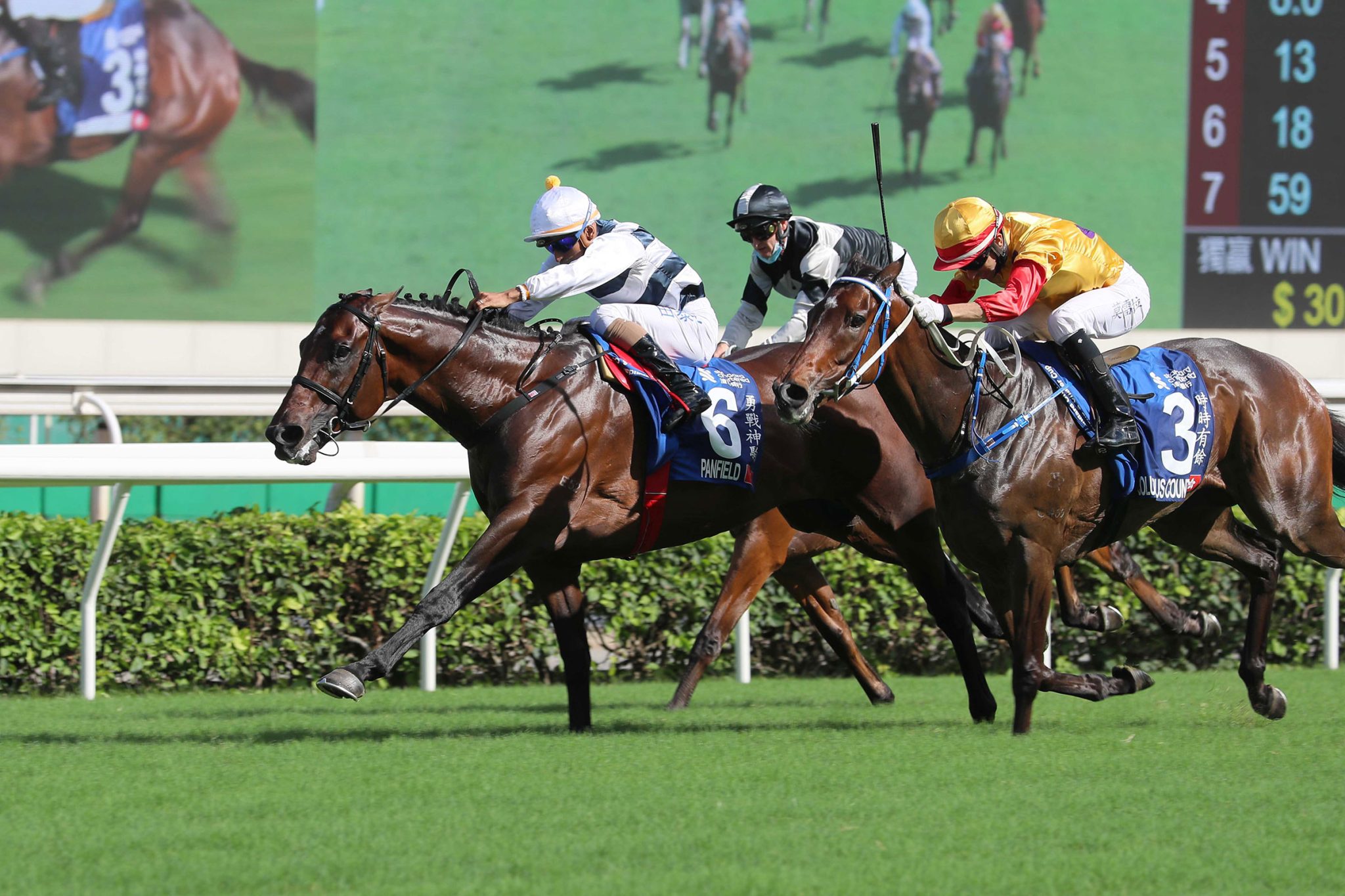 Tony Millard returned satisfied after seeing Panfield roll over the line under Joao Moreira in a trial at Sha Tin Tuesday, (April 12) as the star stayer continues his preparation ahead of the Group 1 FWD QEII Cup (2000m) on Sunday, April 24.

Looking to banish a forgettable run last start behind Russian Emperor in the Group 1 Citi Hong Kong Gold Cup (2000m) when last, Hong Kong’s Champion Stayer limbered up under the ‘Magic Man’ – with urgings – to cross the line in 58.16s behind California Rad, Summit Cheers and Lucky With You, respectively.

“It was very good, very good. Joao (Moreira) was happy with that, he’s not a 1000 metre horse and there were some pretty smart ones in there and he finished off well.

“I’m very happy with the trial and I think he’ll come on in leaps and bounds – it still gives us a little bit of leeway to see what we can do between now and his next run,” Millard said.

“This should put him up a step and we’ve just got to round him off now, but certainly the way he’s looking, the way he’s eating and the way he’s doing things is very positive,” Millard said. “He’ll run in the QEII and then the Champions & Chater Cup.”

The five-year-old had pre-import surgery to correct a “roaring” condition and after his last run, was found to be a “roarer” post-race.

“The QEII’s not far away, it gives us an opportunity to see where we are and how he comes back, we might give him another nice work out before that run,” the handler said.