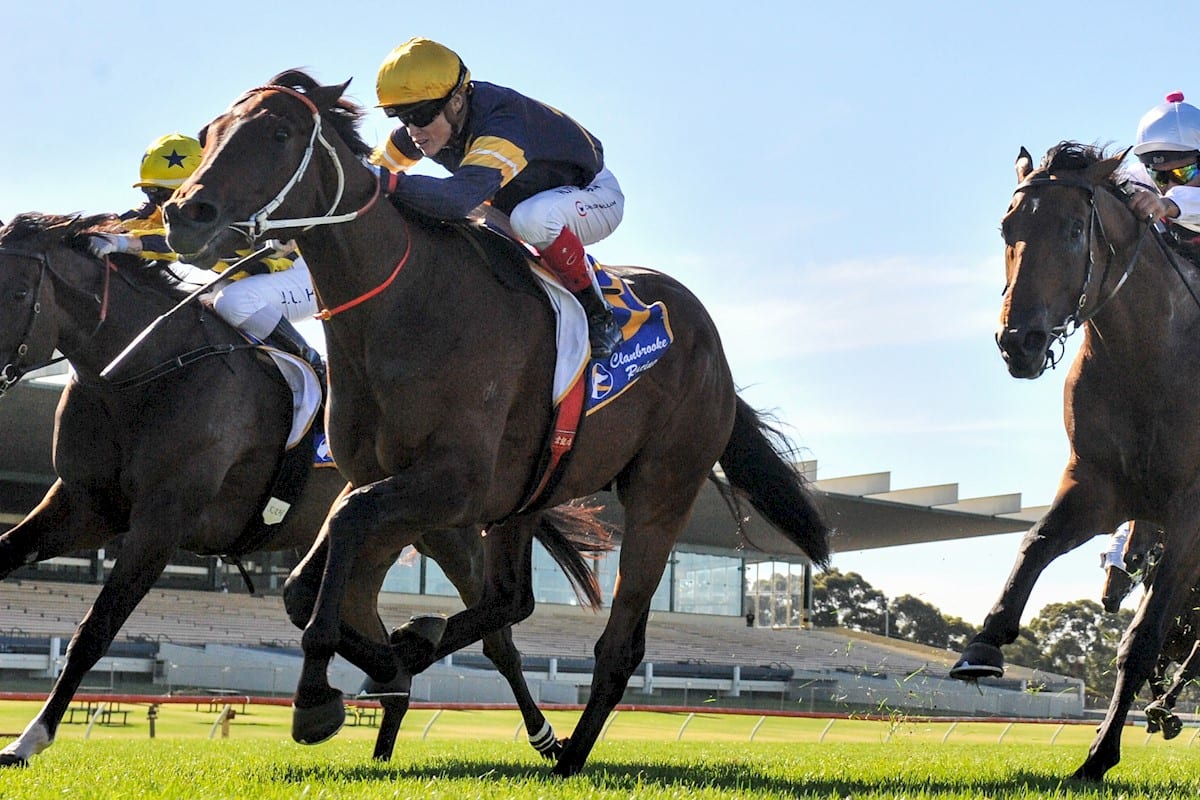 French-bred import Pale King has kept his record intact with a fighting victory in the Clanbrooke Racing Handicap (1600m) at Sandown on Wednesday.

Pale King was successful over 2400m on debut at Lingfield before making his way to Australia to be prepared by Hawkes Racing for connections that include Rupert Legh.

Despite a betting drift, Pale King (+160), under Craig Williams, recorded a long-neck victory over Miss Sippy (+900) with Our Chevalier (+1200) a long-head away third.

Wayne Hawkes said the pleasing aspect of Pale King’s victory was the way the gelding stuck his neck out and wanted the victory.

“Sometimes when you go super slow, it doesn’t work well for you because they sprint up quick, but Craig got it centimetre perfect,” Hawkes said.

“He won his first start at Lingfield and then COVID hit so they decided to sell him.

“We were lucky to get him because they were going to keep him and race him on for 12 more months.

“He’s only a baby but I don’t think you’ll see him at Sandown too much more.”

Williams said there was a lot to like about Pale King who will only get better with more racing.

He said it was a shame there was not a genuine tempo in Wednesday’s race.

“He still feels like he’s developing, both physically and especially mentally, but he looks like he’s going in the right direction,” Williams said.

“In a true run race, it would have been nice to see what he could do today.

“Outside the leader, going very slow, I thought he was controllable and when I needed him, he stuck his head out and I liked his will.

“But he’s not a horse at this stage that knows how to put them away.”