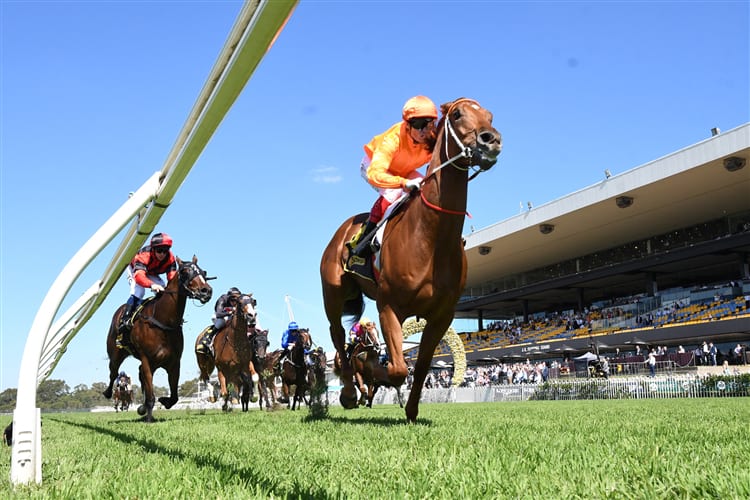 Improving youngster Saif could join Hawkes Racing stablemate Hilal in the Sires’ Produce Stakes after making a winning Sydney debut in the Schweppervescence at Rosehill.

Saif, who had won his first start in Victoria and finished runner-up in the VRC Sires’ Produce Stakes at Flemington, made a successful interstate switch with jockey Craig Williams making full use of his inside draw.

Co-trainer Michael Hawkes said the giant youngster, who stands at over 16 hands, was gelded early due to his size and the stable was confident he had a bright future.

If he pulls up well from Saturday’s Group 3 win, he could back-up in next weekend’s Group 1 Sires’ Produce Stakes (1400m) at Randwick, or head straight to the Champagne Stakes (1600m) two weeks later.

“We always had the Sires’ and Champagne in mind but it’s all about how he pulls up,” Hawkes said.

“This was a race we thought maybe we might target and if he could win this, whether he runs in the Sires’ or bypasses the Sires’ and heads straight to the Champagne, he is looking like he wants further and he’s a really nice horse going forward.”

The Kim Waugh-trained Conrad started favourite but after racing on the speed he tired to finish seventh.

“He had the gun run, third the fence. Craig just had to wait until the gap came and he presented well,” he said.