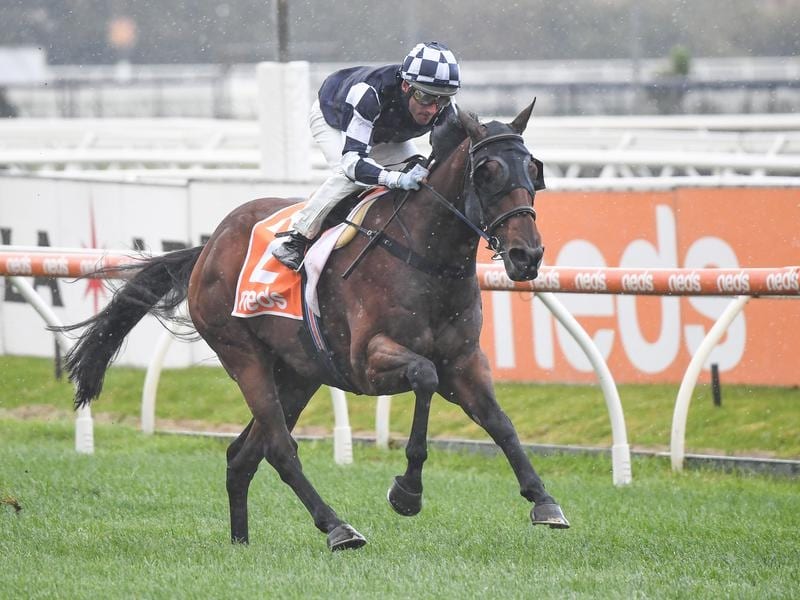 Trainer Danny O’Brien is confident Order Of Command is in the right form and will get the right conditions to give the Wangoom Handicap at Warrnambool a shake.

The trainer says his only query is the 62kg top weight the consistent sprinter will carry in Wednesday’s Listed 1200m race.

Order Of Command has been aimed at the Wangoom and showed he was on target when he returned from a spell in style with a convincing win last month over 1200m on a soft track at Caulfield carrying 60kg.

The Warrnambool track was rated in the soft range on Tuesday which is what O’Brien had been banking on when he set Order Of Command for the race.

Order Of Command has seven wins and six placings from his 20 starts, while in six attempts on soft-rated tracks he has notched four wins, a second and a fourth.

“You can pretty much rely on Warrnambool being rain-affected and we were looking to run him in a nice race on rain-affected ground,” O’Brien said.

“The first-up run was a bonus. We got the rain that day as well.

“He prefers that soft six or soft seven which it should be for him tomorrow.

“The question is whether he can carry the 62 kilos.”

As racing continues during the coronavirus pandemic with strict protocols in place, minimum weights in races have been raised to help jockeys with their weight and fitness, taking into account the closure of gyms, on-course spas and saunas.

It means the minimum top and bottom weights have also risen 62kg and 56kg respectively.

Order Of Command was the $3 favourite on Tuesday in a capacity field.

“We’re expecting him to be very hard to beat,” O’Brien said.

“We were really pleased with him first-up. We thought he was probably going in there with improvement in him and he’s had three-and-a-half weeks since.

“The preparation has been around getting him to the Wangoom in good shape and that’s exactly what has happened.”

Damien Oliver will again be aboard Order Of Command while in the day’s other feature, the Listed Warrnambool Cup (2350m) he is booked to ride Sin To Win for the Lindsay Park stable.

Sin To Win was at $7 on Tuesday with Too Close The Sun the $3 favourite.