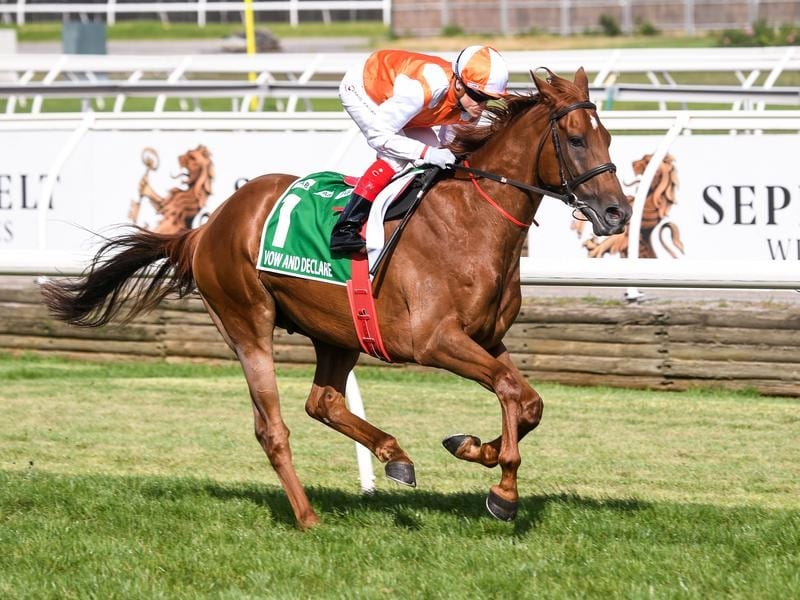 Danny O’Brien is confident Vow And Declare will run well in the Caulfield Cup but believes the handicapper has set him a challenge with his weight.

Last year, in the start before he won the Melbourne Cup, Vow And Declare finished second to Mer De Glace in the Caulfield feature.

The big difference this time around is that 12 months ago Vow And Declare carried 52.5kg and this year he has 57kg.

“He’s going very well. He’s a winning chance but it’s a big task with that weight. He needs to be four to five lengths better than last year,” O’Brien said.

O’Brien wasn’t concerned by Vow And Declare’s last-start unplaced run in the Turnbull Stakes in which he finished less than three lengths from the winner Verry Elleegant.

“He was fine. He was crowded late. He’s ready for 2400 metres and he always runs well over a trip,” he said.

O’Brien said Vow And Declare’s barrier draw of 18, which will become barrier 15 when they jump, was not the end of the world.

“From there he’ll go back anyway,” O’Brien said.

O’Brien is aiming for his second Caulfield Cup win after capturing his first with Master O’Reilly in 2007.

Vow And Declare’s jockey Damien Oliver has won four Caulfield Cups and if he is successful on Saturday he will join Scobie Breasley as the joint record holder for the most wins in the race.