One Master has rating to win Breeders’ Cup Mile 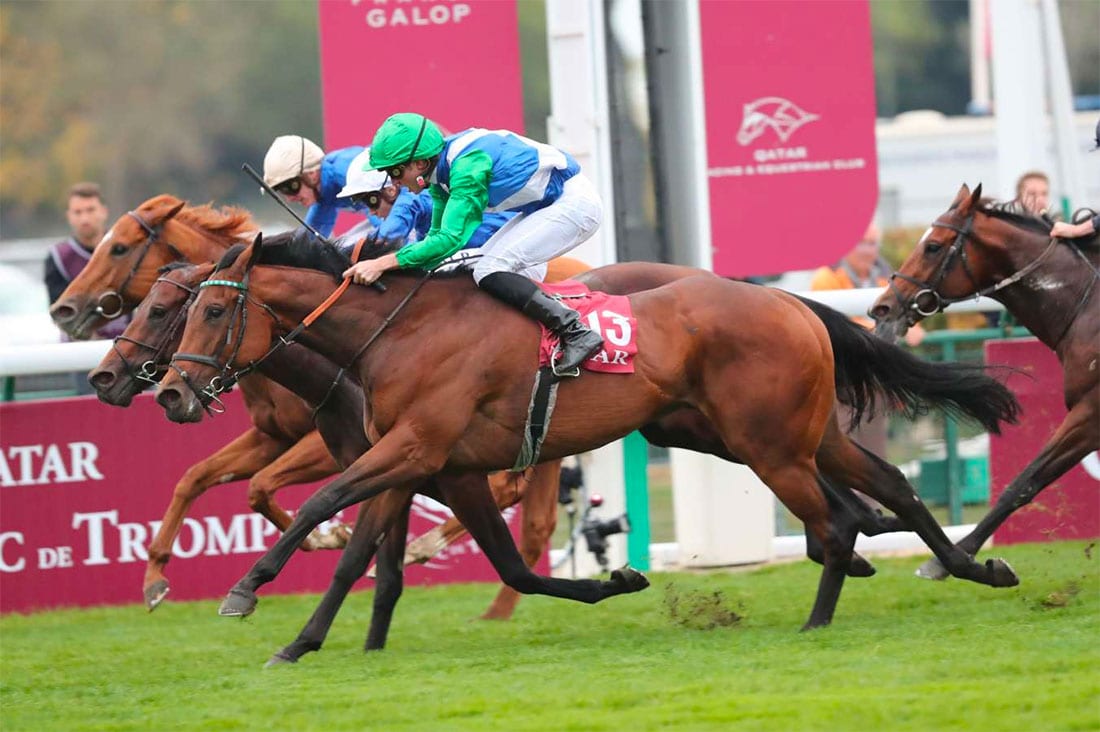 The Breeders’ Cup Mile has the biggest representation of horses trained in the UK and Ireland over the course of the two-day Breeders’ Cup meeting at Keeneland in Lexington, Kentucky. Based on ratings, One Master at +1200 is the best chance of a winner in the 20:15 GMT race on Saturday.

There are six other possible British and Irish runners amongst the 15 declarations, and all are expected to run in one of the main grass events of the 14-race meeting over two days. Their combined price to win the race is -149.99, so the other runners are +110 as a group.

The Mile is a Grade 1 race for horses aged three and older, and the title indicates the distance. The race surface is turf, which could explain the number of UK and Ireland runners. There is an equivalent race on dirt over the same distance which has attracted no runners from these racing jurisdictions.

North American horses have dominated the dirt race, but runners trained in Europe have a good record in the turf contest over eight furlongs. The dirt mile was first run in 2007 and is the unofficial championship race for US and Canada thoroughbreds, so it rarely attracts runners from elsewhere.

The race surface is not alien to runners from overseas, and the best horses can overcome any issues with the inter-continental travel. European horses are bred for one mile and upwards and mainly race on grass at the highest level. All-Weather racing in the UK does not feature many Listed and Group races, but some of the major Flat races in the United States take place on dirt.

One Master has the highest Official Rating (OR) in the turf mile, but it can be difficult to compare form from races in different continents and on different surfaces. However, she is the top-rated horse from Europe. The horse has a few pounds in hand on the ratings and looks a big price.

The six-year-old was allocated 3lbs more than the horses aged three due to the weight-for-age scale. These include Kameko, Lope Y Fenandez, Siskin and Order Of Australia from the UK and Ireland contingent.  However, One Master receives the 3lbs mares’ allowance to make up the difference, and that concession could be crucial at the end of the race.

One Master is a little behind Safe Voyage from a meeting in a Group 2 race over seven furlongs at York in August. However, One Master did not get a clear run, and the deficit of three-and-a-half lengths could have been about two lengths less given more luck in running. She can reverse the form with Safe Voyage in the Breeders’ Cup race.

Kameko has the best form of the UK and Irish horses from the 2020 Classic generation. Despite three fourth-place finishes in later Group 1 races, Kameko’s win in the 2,000 Guineas at Newmarket marked the horse down as one of the best milers in the age bracket. However, the Group 2 Newmarket win in September still puts Kameko behind One Master.

Siskin has the best form of the Irish-trained runners, but his best figure puts the horse at a lower level than One Master. Lope Y Fernandez and Order Of Australia are further off the pace on the ratings. Circus Maximus is preferred to those two, but the colt has run to the same career-high level as Kameko and so is a few pounds inferior to One Master.

The main danger could be the Chad Brown-trained and Joel Rosario-ridden Uni, who won the race last year with the same jockey. Only two six-year-olds have won the race this century, but One Master is better equipped to overcome that trend in the Breeders’ Cup Mile.