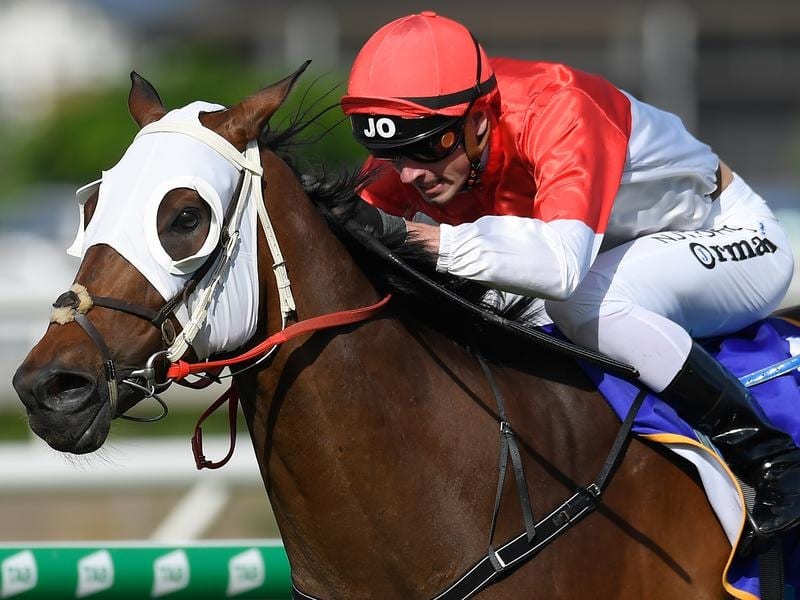 Toowoomba trainer Steve Tregea took a leaf out of some veteran trainers’ play books to guide Niccanova to a win in the Listed Bernborough Handicap (1600m) at Eagle Farm.

Niccanova won the Listed Brisbane Handicap (1600m) earlier this month and Tregea was left with the problem of it being three weeks until his main mission for the summer in the Bernborough on Saturday.

“I got caught with Niccanova a few years back when he won and then I gave him three weeks to his next start in a 1600m race but he failed,” Treagea said.

“I decided I didn’t want to get caught again. So I remembered how some old-time trainers would get their horse fit and win a race and then drop it back in distance in the lead up to a longer race.”

“It seemed to work and I decided to give it a go by running Niccanova in a 1200m race last week rather than have him at home in the stable.”

Tregea said he had been surprised when Niccanova went to the lead and set a strong pace.

“I must admit I didn’t expect him to lead but he is fit and the horse has never been better,” Tregea said.

Niccanova has now won nine races and almost $700,000 in prize money which sets Tregea a problem of where to aim him next.

“He is going to get some very big weights here now,” Tregea said.

Jockey Jim Orman continued his great association with Niccanova with a daring ride.

“I hope I didn’t give Steve a heart attack but I knew I was on a fit horse and nobody else wanted to lead,” he said.