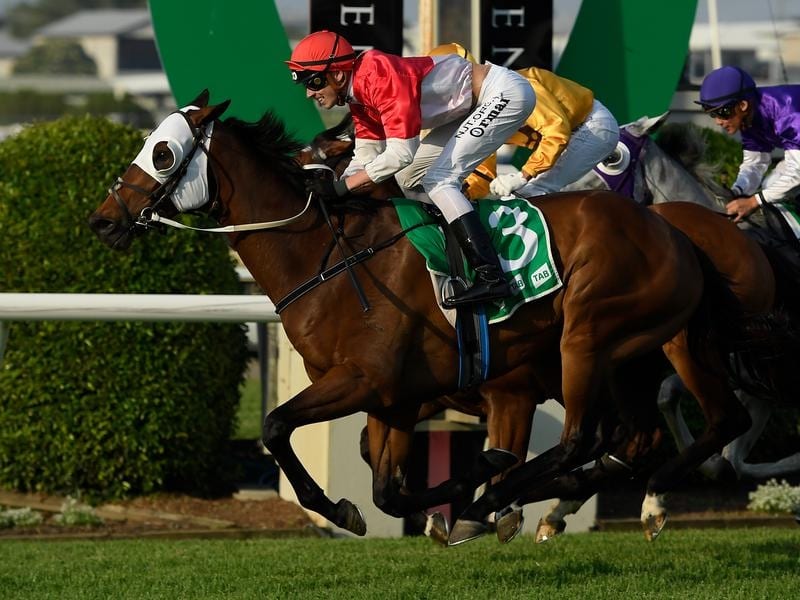 Toowoomba trainer Steve Tregea will closely monitor Niccanova this week before backing him up in the Listed Bernborough Handicap at Eagle Farm.

The $200,000 Bernborough is regarded as the grand final for 1600m-horses in the summer and Tregea won it last year with Bergerac.

Niccanova won the Listed Brisbane Handicap (1600m) on December 7 and Tregea dropped him back in distance to run in the Listed Falvelon Quality (1200m) on Saturday.

He was at the tail of the field until the home straight where he ran on strongly to finish fourth.

Tregea has always considered Niccanova was best at distances around the 1400-1600m mark.

Niccanova’s best run was a third in the Queensland Guineas at 1600m but he has won twice in black-type races at 1400m and 1350m.

Tregea ran him on Saturday so it would not be three weeks between his Brisbane Handicap win and the Bernborough Handicap.

“He has backed up in seven days before and gone well. Provided he does well this week he will run,” Tregea said.

James Orman who will again ride Niccanova, has a special affinity for the gelding.

He won his first Group race on Niccanova in the 2017 Fred Best Classic and has won two other black-type races on him.

The forecast of rain in Brisbane this week would be a help to Niccanova who is a noted wet track horse.

But the new-look Eagle Farm is playing fast with three course records and a class record run on Saturday.

As it showed last week, the track can take a lot of rain and race as a good surface several hours later.